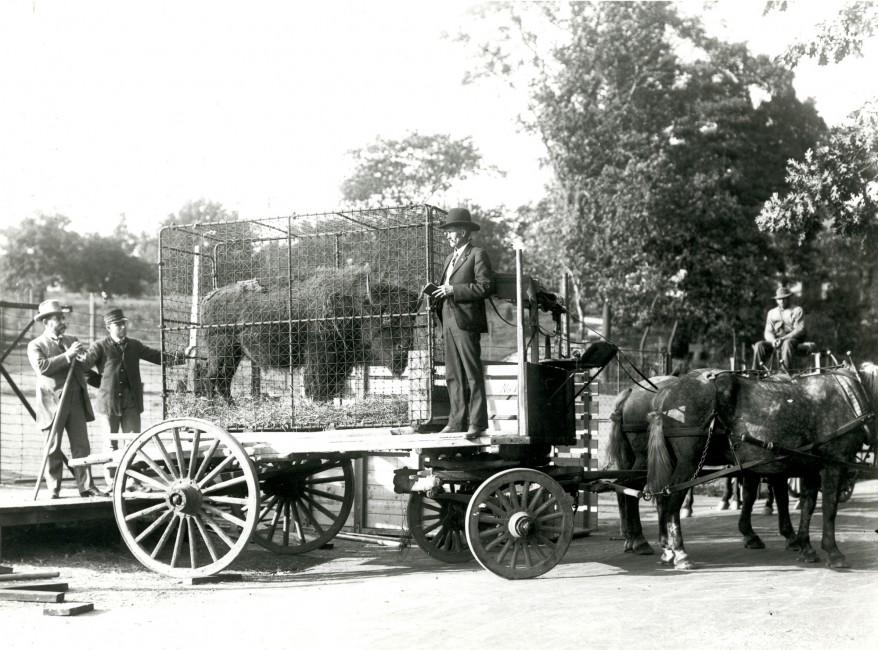 Photography is an exact and exacting science, and to arrive at that stage of perfection in which not only the fundamentals are developed but the instinct also that is necessary to lend originality, is as long and rough a road as that of any scientific achievement.

In the last 125 years, there have only been six staff photographers for the Wildlife Conservation Society (formerly named the New York Zoological Society). Elwin Roswell Sanborn (1869 – December 19, 1947) was the Society’s first official photographer based at the Bronx Zoo. Self-taught at his trade, Sanborn learned to photograph wildlife by doing it. He recorded nearly every species that came into the zoo during the first three decades of the twentieth century using black and white photography.

Sanborn’s work steadily increased in volume and in permanent value over time often doubling from the previous year. His list of photographic work from over a century ago looks the same as my assignments today including series on owls, rhinoceroses, the bison herd, pathological features and operations, new construction work and installations, and large views of the zoo’s courts and walks.

Sanborn also documented expeditions. During the 1800s, massacres of the American bison had brought the iconic species to near extinction. The Society’s Bronx Zoo, led by William Hornaday and the American Bison Society, raised a small herd for reintroduction to their home range. In 1907, Sanborn accompanied and photographed 15 of those bison during their shipment via railroad from the Bronx to the Wichita Reserve in Oklahoma (above). They all arrived in excellent condition.

When Sanborn retired at the end of 1934 after 35 years of service, it was with the knowledge that his skill and taste had endowed the Society with an unrivaled collection of animal photographs. He is credited with maintaining an extraordinarily fine and valuable repository of photographs. 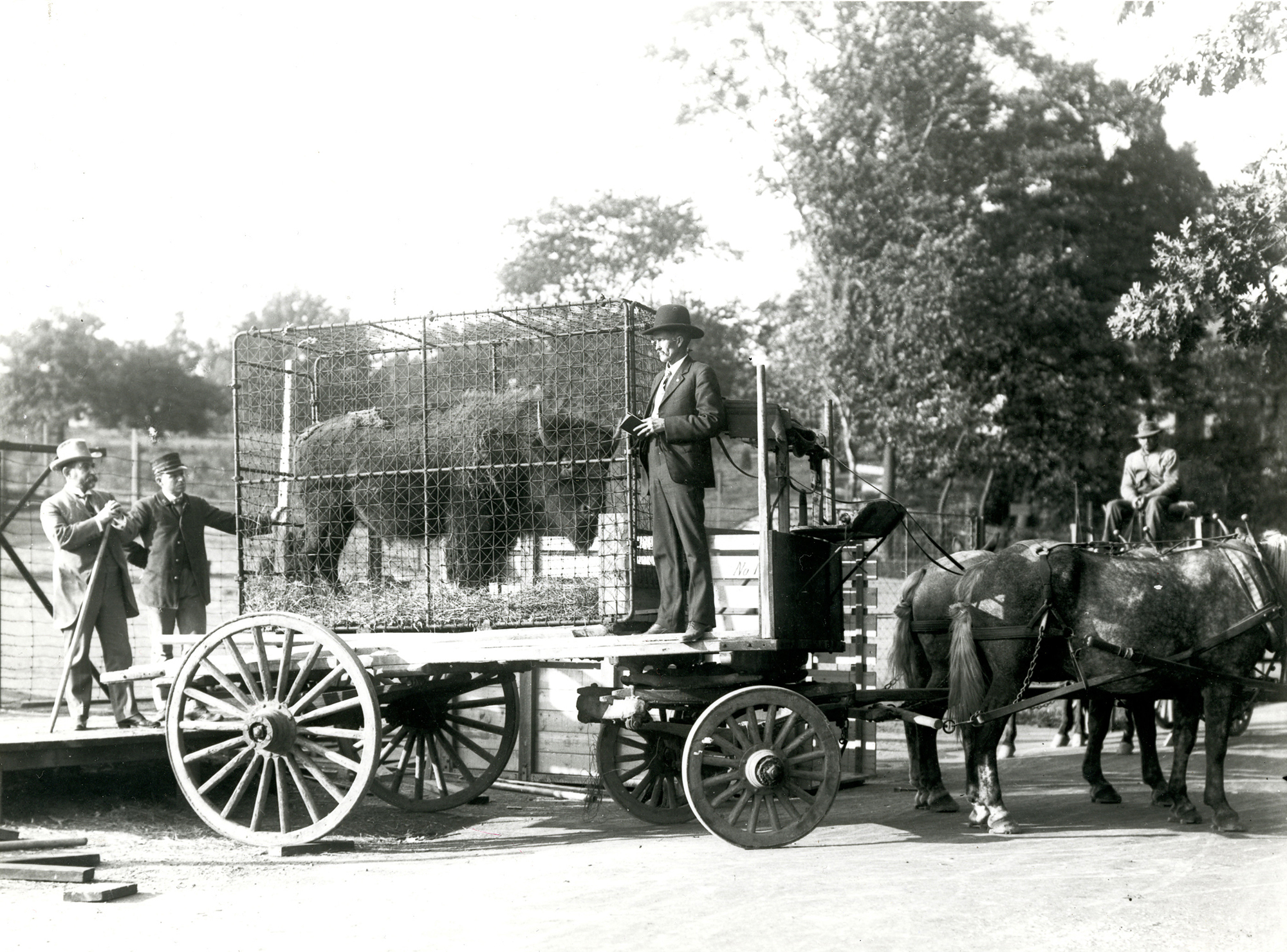