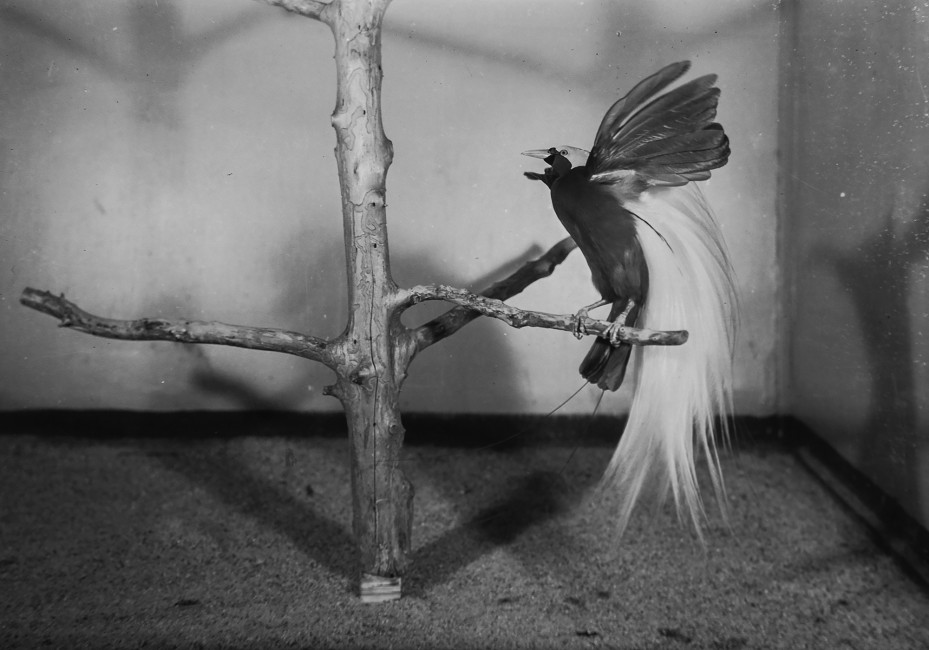 Before the Wildlife Conservation Society opened the Bronx Zoo in 1899, director William Hornaday thought that there would never be enough work for a full-time photographer. According to Gathering of Animals by William Bridges, the demand for photos quickly reached a crisis point by mid-1900.

Osterndorff showed great skill in photographing birds and devoted much time to an intensive and continuous campaign of photographing five species of birds of paradise. In 1935-1936, he succeeded in capturing an image series of the birds both at rest and in display. Osterndorff was commended for his work. Few, if any other photos of birds of paradise in display (above, lesser bird of paradise) had ever been taken before this time.

Birds of the World, An Illustrated Natural History, published in 1938, showcased some of his photographs. Osterndorff’s career with the Society also involved filmmaking, transitioning from glass to film negatives, and early attempts at photo manipulation through retouching. Osterndorff was the Society’s staff photographer through August of 1940. 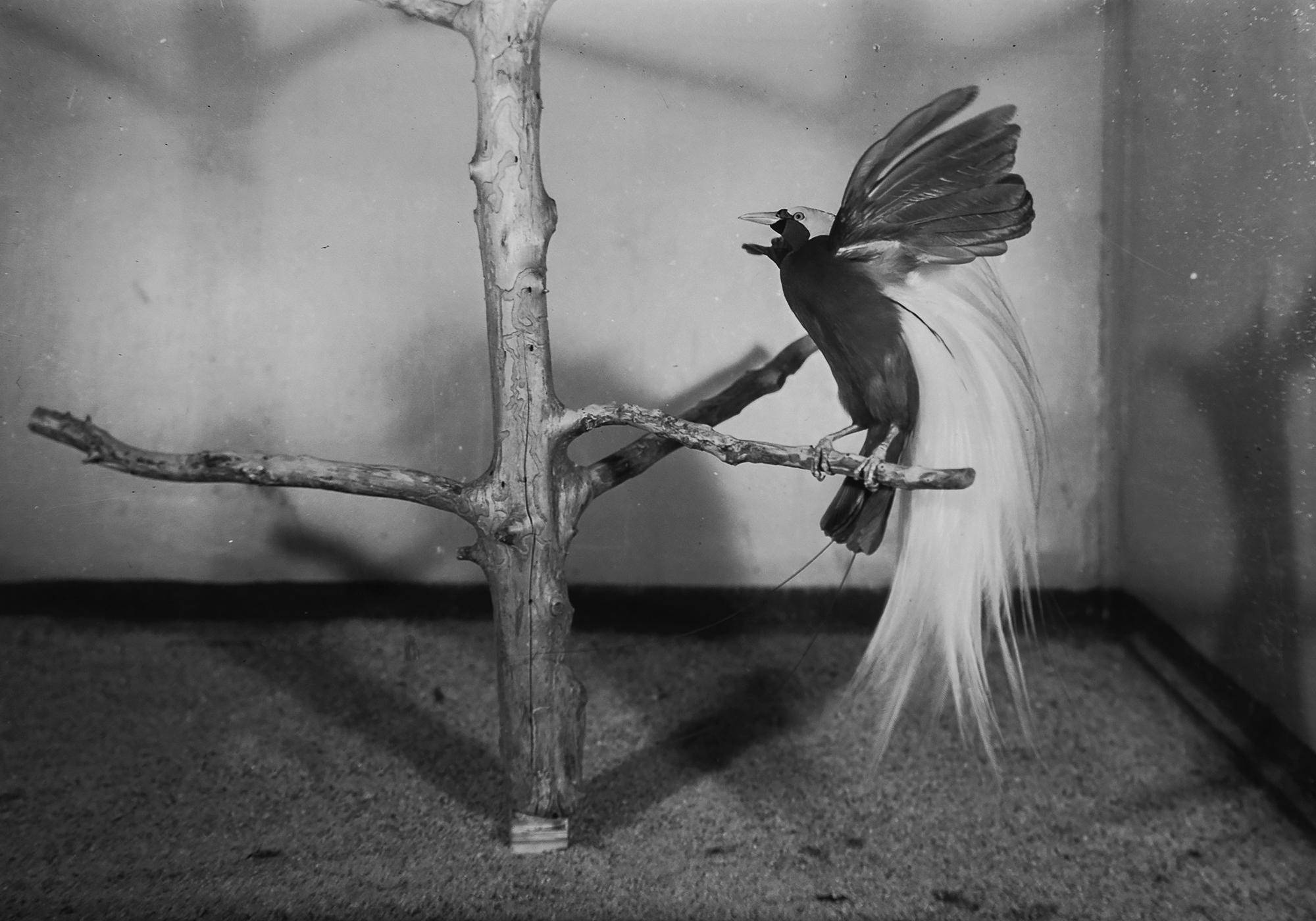