When the Wildlife Conservation Society was founded as the New York Zoological Society in 1895, its first objective was to open a zoological park in New York City. The Bronx Zoo opened four years later on November 8, 1899 to fulfill that mission, and the zoo was immediately popular, drawing nearly four million visitors within 10 years.

Much about the Bronx Zoo today would be unrecognizable to its first visitors, yet important early features remain—from original structures and an ongoing emphasis on the location’s natural beauty, to its continued focus on fulfilling WCS’s mission. Visitors from the first day of the zoo’s opening, and visitors today, have enjoyed the World of Reptiles, though, of course, the interior today differs from 1899. As staff learned more about the care of animals and their natural environments, both at the zoo and in the field, the exhibits at the Bronx Zoo were updated and evolved into the present-day park.

The WCS Library and Archives created a virtual historical walking tour of the Bronx Zoo through the support of the New York Metropolitan Library Council, and it is hosted on Urban Archive. This tour explores how the early Bronx Zoo embodied WCS’s founding goals and how the evolution of these goals has shaped the park. The tour begins at the Bronx River Entrance to the zoo and continues through the park, with an emphasis on Astor Court, which features some of the oldest exhibits and buildings. Users can take a stroll through the Bronx Zoo while following the tour to see how the park has changed through the years, or explore the tour from home. The tour features historical photos of the zoo along with information on how the exhibit or landmark is part of the story of the park’s evolution.

In the picture above, on the left you can see the Sea Lion Pool with a crowd around it in 1906, and on the right the Sea Lion Pool as it is today, from a slightly different vantage point. Among the notable differences is the Rockefeller Fountain’s position, which used to be right next to the Sea Lion Pool and was moved in 1910 to its current location in Fountain Circle.

As the Bronx Zoo continues to change, it will be interesting to imagine all the ways the park may look in 10, 25, and even another 125 years from now.

The Eagles Have Landed

My grandfather, William White Niles, a graduate of Dartmouth College, was the lawyer and Assemblyman who introduced the Assembly bills that created the New York Zoological Society and the New York Botanical Garden at the turn of the century when so many amazing events were taking place in this country. Thank you for bringing more historical information to the public.

As an animal lover and believer in non human animal rights, i would like to know why the Bronx Zoo staff is resistant to releasing Happy, the elephant, to a sanctuary such as The Elephant Sanctuary in Tennessee. She has lived alone for so many years without proper room to roam, what reason is there to continue to keep her in such tight confinement?
I do believe it would be a wonderful
thing for the Zoo to give her a chance to move freely and make friends. Granted, animals live longer in captivity but quality of life is important as well. Please give her a chance. Perhaps the Zoo could raise two elebabies on one acre for a period of time then move them to a sanctuary as well. With the great loss of wildlife to poaching in the wild, hosting animals in captivity is an important service Zoos provide. However, with large animal adults, they need land and others of their species. Please move Happy to an elephant sanctuary. Perhaps a live cam could be installed at the Zoo so visitors could observe her in her new surroundings while enjoying new baby elephants at the same time. 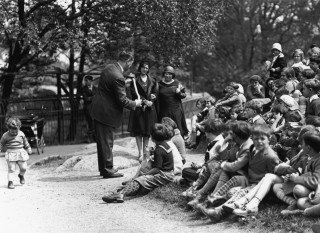