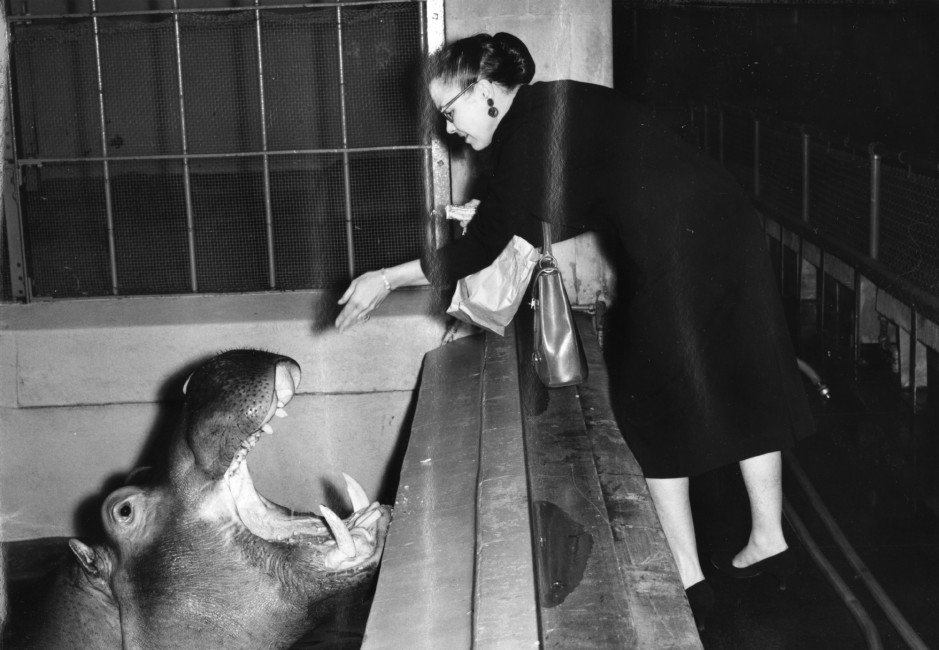 One of the people we have to thank for helping preserve the Wildlife Conservation Society’s rich history is Dorothy Reville.

From the 1940s to the 1970s, Reville worked in the WCS’s Publications Department, and one of the positions she held during that time was Photo Librarian. In this role, Reville managed and organized the negatives produced by the WCS staff photographer, Sam Dunton, as well as the print albums of photos taken by him and his predecessors. In addition to maintaining the photos taken by the staff photographers at the Bronx Zoo and New York Aquarium, Reville was tasked with getting the negatives taken by William Beebe and the Department of Tropical Research in order as well. The work that Reville did helps the current Library and Archives staff more easily locate historical photos when they’re needed, like for the blog posts celebrating WCS’s 125th anniversary.

Reville’s duties were not limited to working with the photo collection. She also assisted in the Publication Department with creating layouts and typography for the WCS magazine Animal Kingdom as well as creating other publications, like a 1968 self-guided tour titled “An Introduction to the Geology of the Bronx Zoo.” One of the more unconventional roles Reville had during her time at WCS is pictured above when in 1965 the Bronx Zoo closed during a strike, and members across all the departments stepped up to take care of the animals. Reville added the task of feeding a hippo to her daily responsibilities.

The 1958 WCS Annual Report states that “future generations of searchers of the albums will be grateful to her,” and that has proven to be incredibly true. 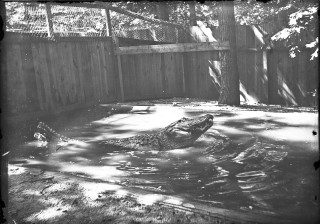 The Very First Image in the WCS Photo Collection 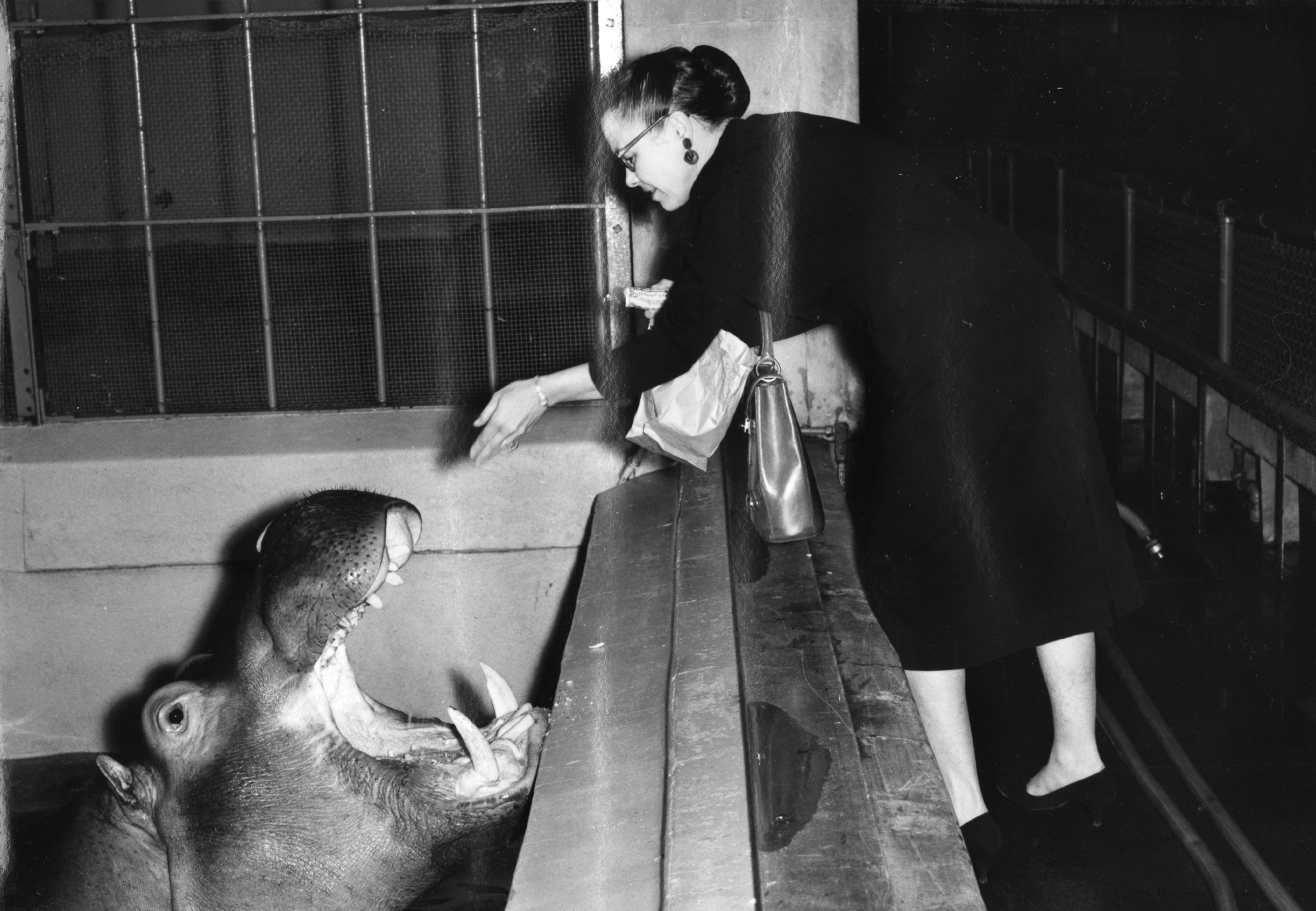