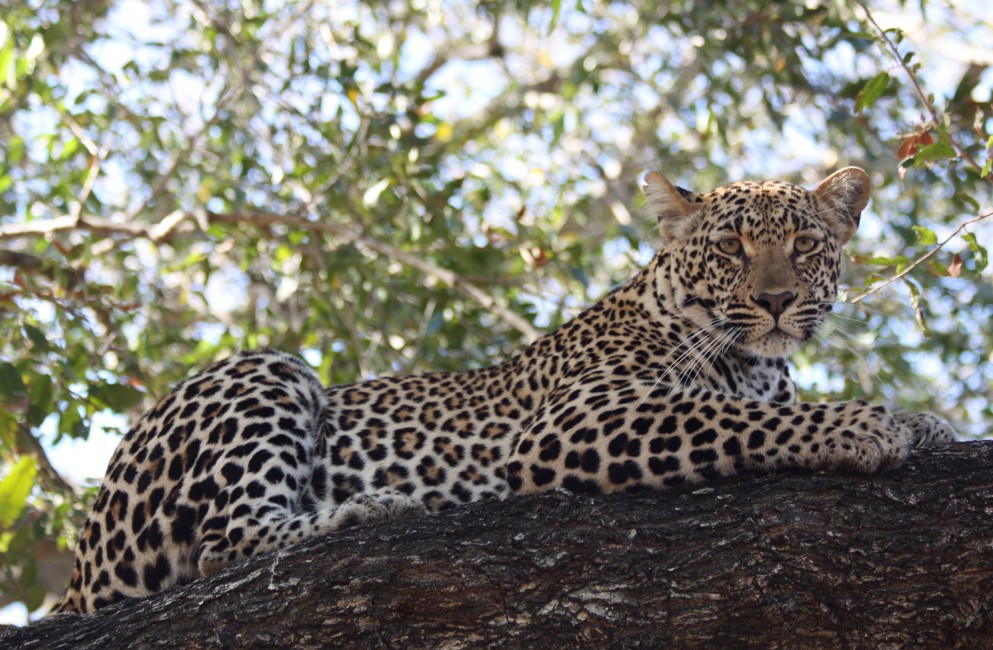 When we discovered her, this leopard (Panthera pardus) was taking a nap in the shade amongst some shrubs. After five minutes of our observation, she quickly sprang up, got into pounce position, and attempted a kill. She was unsuccessful. Then, we watched her scale a nearby tree where she located an unfinished meal from an earlier hunt.

At first, we were happy for her prey – an antelope – that got away. Within an instant, we became bummed for the big cat since she needed to eat. But we were relieved to see that she had a back-up plan.

What I love about this moment, like almost anything in life, is that our perspective changed as we were exposed to more insight. 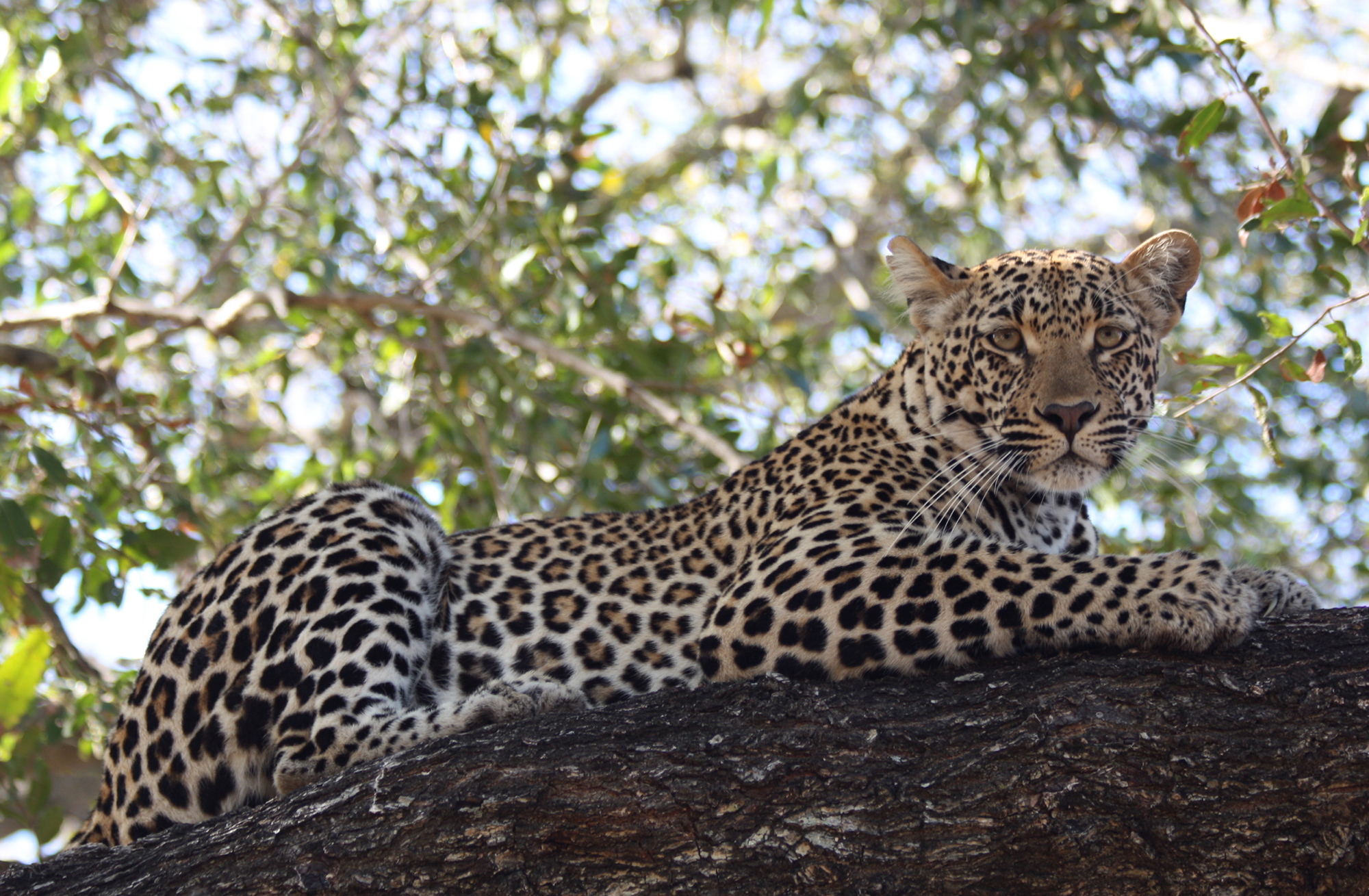