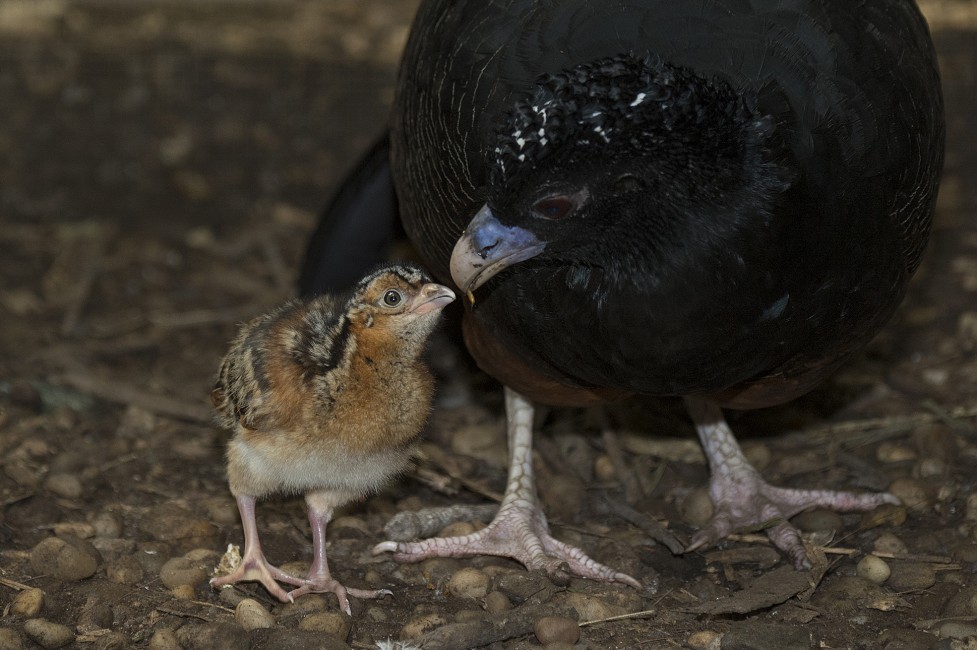 Bird keepers grow accustomed to the sights and sounds of each exhibit on our routine at the Wildlife Conservation Society’s World of Birds at the Bronx Zoo. While walking through a specific area, we can hear the trumpeting of the grey-winged trumpeter, the sometimes shrill call of the Guira cuckoo, and the loud, gurgling sounds of the male Montezuma oropendola.

A few days ago, while closing the building, all seemed silent, but suddenly, in the background, there was a soft peeping. Looking down into the dry area near the waterfall, I spotted a blue-billed curassow chick.

Blue-billed curassows are critically endangered South American birds. There are only  35 in zoos in the United States and about 250-1000 birds in the wild. In their natural habitat, curassows can only be found in the Magdalena Valley of Colombia. Their numbers are rapidly declining due to habitat loss.

You can imagine our excitement when we found the new curassow chick. The curassow parents are doing a great job taking care of their tiny male chick (above, the mother is feeding a worm). And we know it is a male by the color of his bill. The chick is growing by the minute.

This is very exciting and wonderful news!

Thank you, Tunde. The currasow family lives at the World of Birds at the Bronx Zoo. We hope you stop by and visit them. 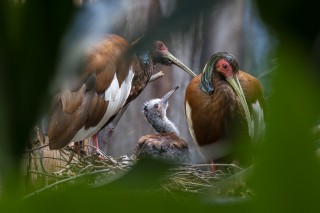 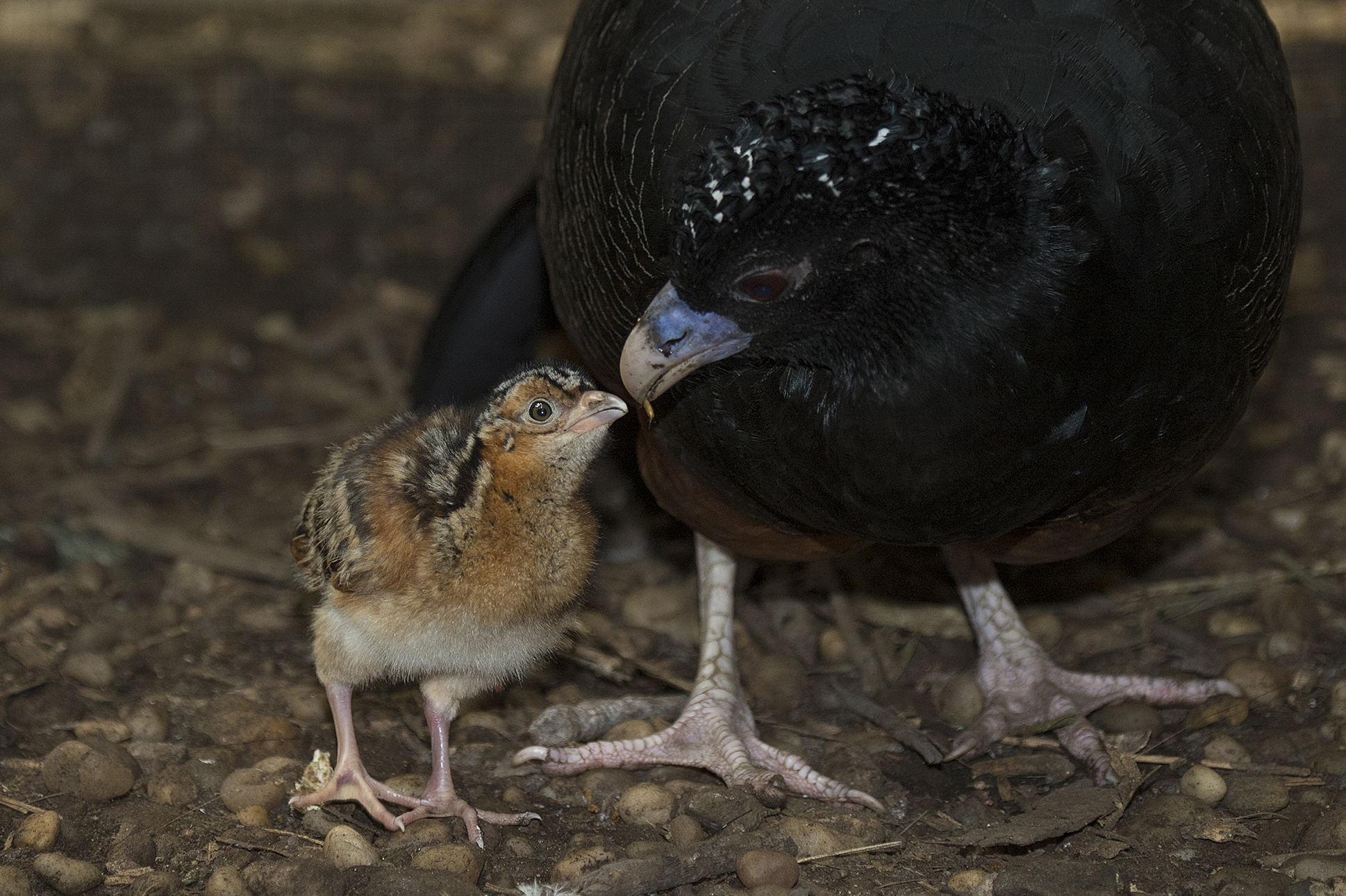