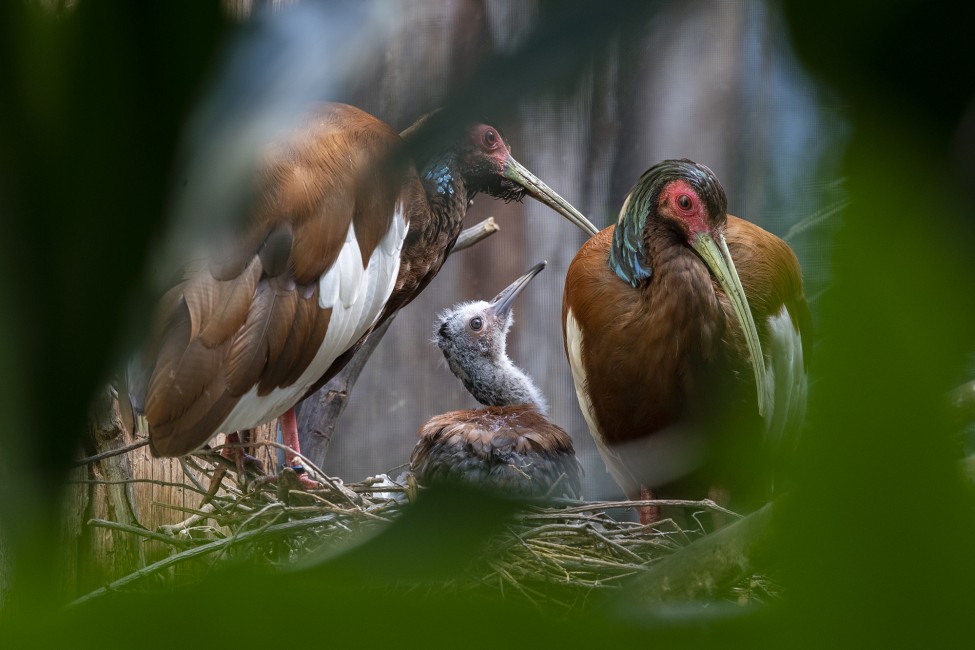 Madagascar crested ibis, Lophotibis cristata, among the largest birds found on this island off the east coast of Africa, are in trouble. In nature, ibis live throughout the coastal forests, but their habitat is slowly being destroyed causing a massive decline in their population. IUCN Red List of Threatened Species reports that in October 2016 less than 7000 mature adults remain in the wild.

WCS’s Bronx Zoo and other zoos around the country are involved in breeding programs to help this threatened bird. Crested ibis parents at the Bronx Zoo are doing an amazing job raising their chick without human intervention (above). After 30 days of incubation on the nest, a small downy white chick hatched. In just a few weeks, the chick fledged from its nest but continues to stay close to its parents. The DNA sex results came back and confirmed it is a girl.

Stop by and see her in the Marsh Lands exhibit at the zoo’s Aquatic Bird House. 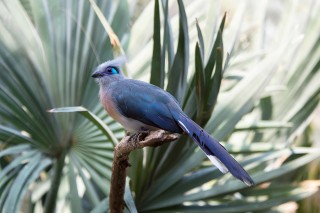 No Trick, Crested Coua Is A Beautiful Treat 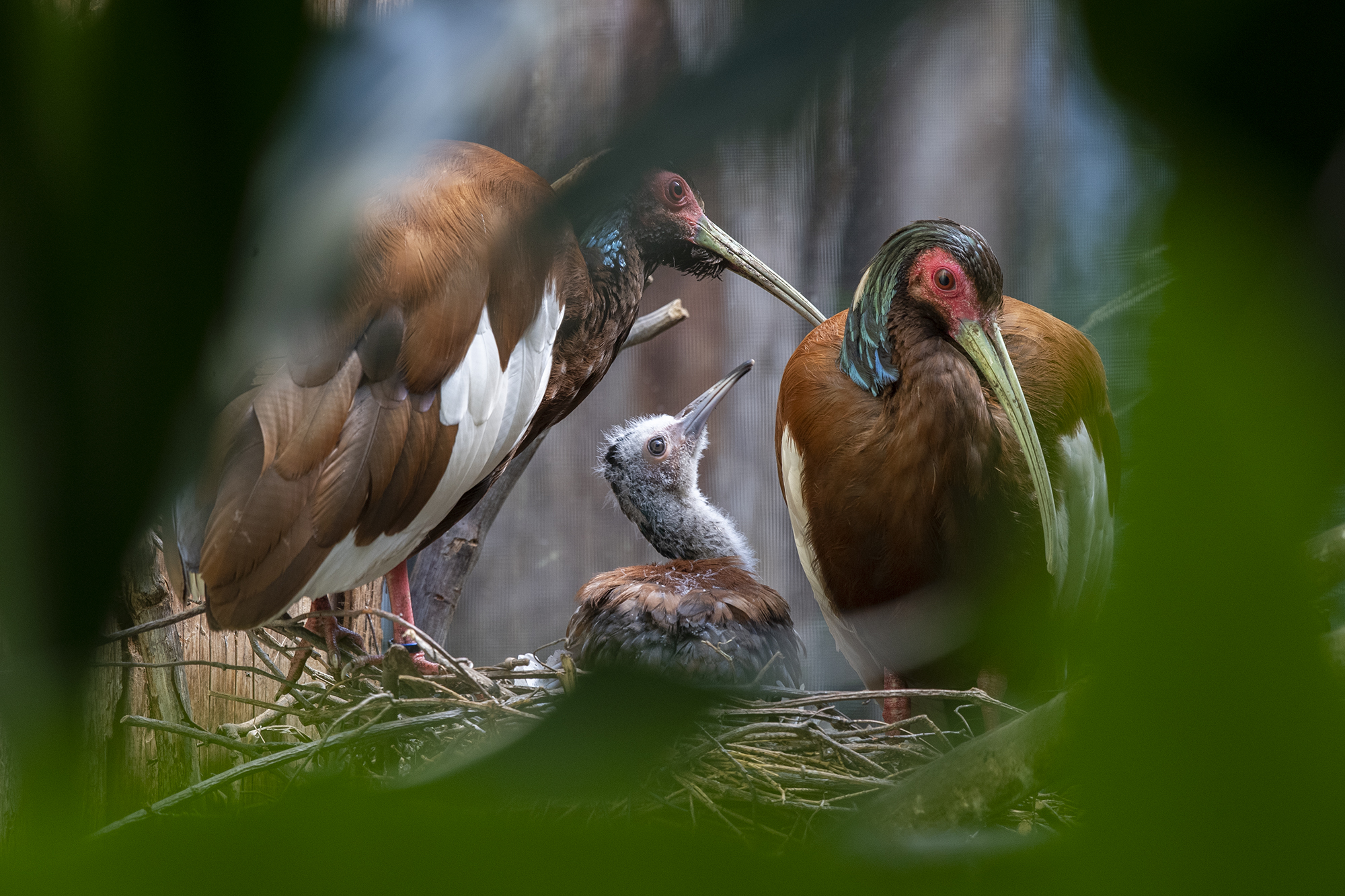