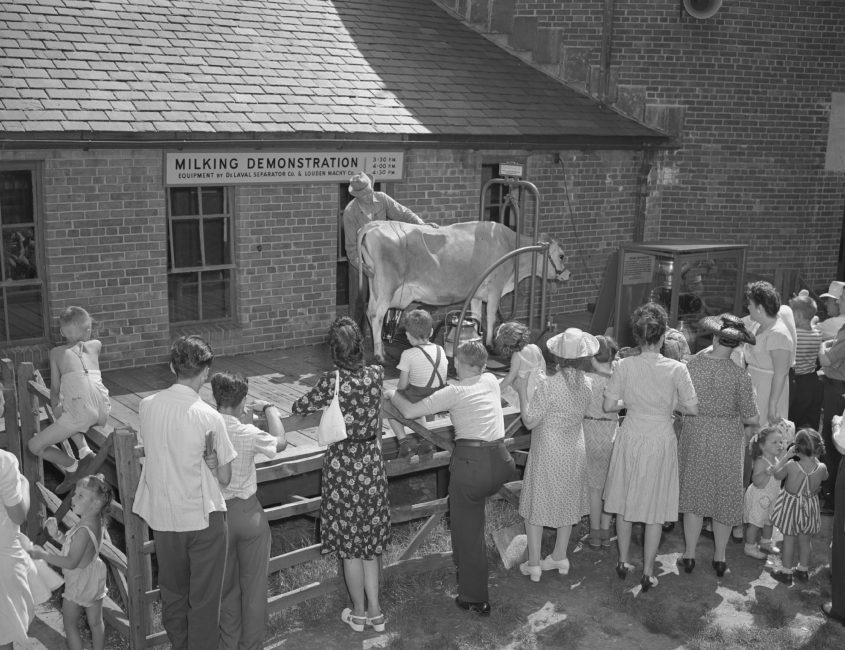 The Farm-in-the-Zoo at the Wildlife Conservation Society’s Bronx Zoo opened 80 years ago in 1941, and it operated as both a working farm and an educational exhibit for visitors to learn more about domestic animals and how a farm operates. Located in the eastern part of the zoo across the Bronx River, the Farm-in-the-Zoo was open to visitors from the spring to the fall and welcomed school, educational, and other organized groups for guided tours. A hay wagon began running between the zoo and the farm in 1945 to make getting between the two locations more accessible to visitors.

Domestic animals such as dairy cattle, sheep, pigs, donkeys, geese, and turkey were all featured at the Farm-in-the-Zoo during its years of operation, and the dairy cattle even played an additional important role by taking part in daily milking demonstrations (above). Through the help of an Indianapolis radio station in 1945, a farmer in Indiana recorded his voice while he recreated hog and cattle calls, and then the audio of these calls played as the “theme song” that summer at the Farm-in-the-Zoo to announce the afternoon milking.

In addition to animals, farm machinery donated by John Deere placed on display helped show visitors how a farm operates. Visitors also learned about production processes of grain and other farm products through specially created exhibits. Because of the holistic view of what a farm looks like and how it operates, the Farm-in-the-Zoo became a popular field trip location for schools.

Since the Farm-in-the-Zoo also operated as a working farm, there was a Farmer in Residence who oversaw its operations, and the farm had an output of products such as wheat, eggs, and wool. Some of the farm’s products then turned into food for animals in the zoo. Eggs from the Farm-in-the-Zoo were used to make custards for the duck-billed platypuses at one point in 1950. Some animals from the Children’s Zoo also spent their winters living in the farm and would return to their exhibits in the spring.

The Farm-in-the-Zoo closed in 1963, and the animals from the farm were incorporated into exhibits at the Children’s Zoo where education about domestic animals was able to continue. 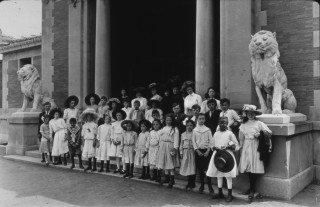 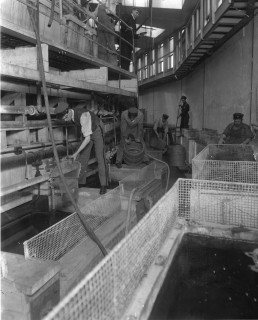 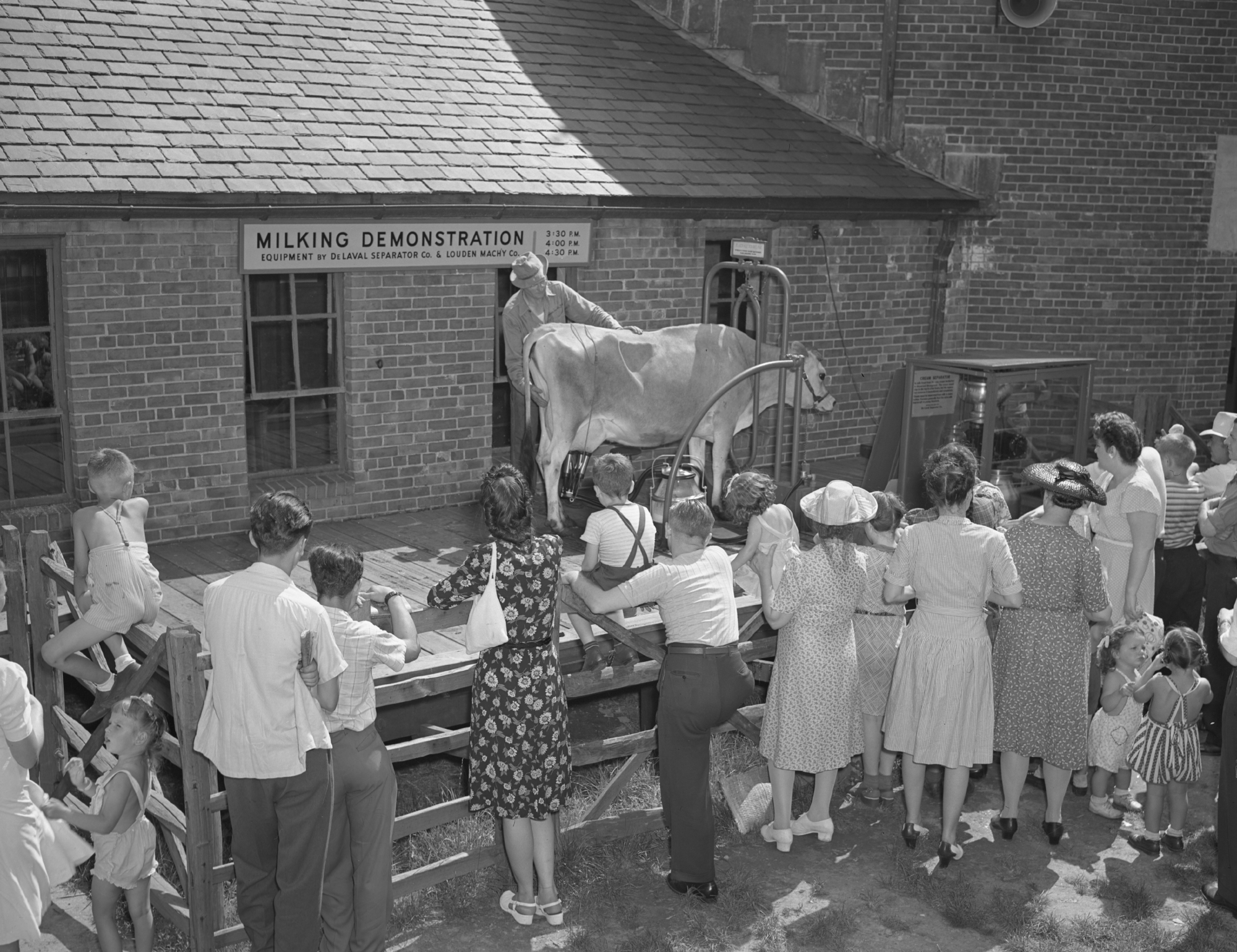