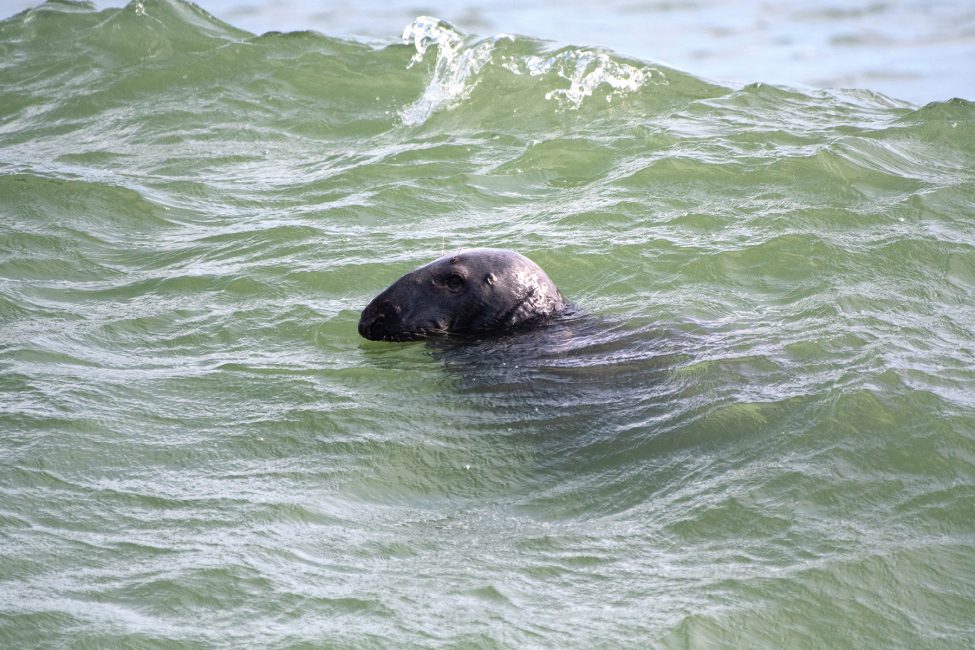 Referred to as “The End”, Montauk is the easternmost point of Long Island and New York State. We hike through Montauk Point State Park to where the Atlantic Ocean meets the Block Island Sound. The rocky shore and rolling breakers are a perfect place for surfing.

And surf’s up. We spot something riding the waves as they surge toward the shore. A rather large head with a long bending nose pops up from the water. We recognize it as a gray seal, Halichoerus grypus. It is clear why this pinniped is nicknamed “horsehead”.

These seals are big in general. According to the National Oceanic and Atmospheric Administration (NOAA), they can weigh 550 to 880 pounds and are 7.5 to 10 feet in length.

Gray seals live in the coastal waters across the North Atlantic Ocean. They dive down hundreds of feet into the cold sea to fish for their food and can stay there for 20 minutes or more at a time. Gray seals are protected under the Marine Mammal Protection Act. They encounter threats like chemicals in the water, oil spills, and other human interactions. Conserving gray seals and their habitat, including the shorelines and their surrounding seas, also helps save harbor seals, whales, and other species.

Montauk, US Map It

Birthday for the National Park Service 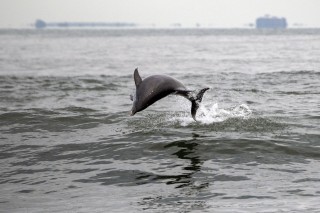 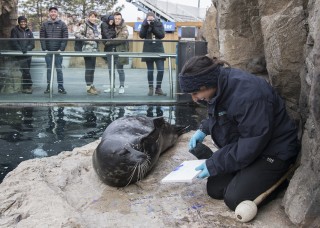 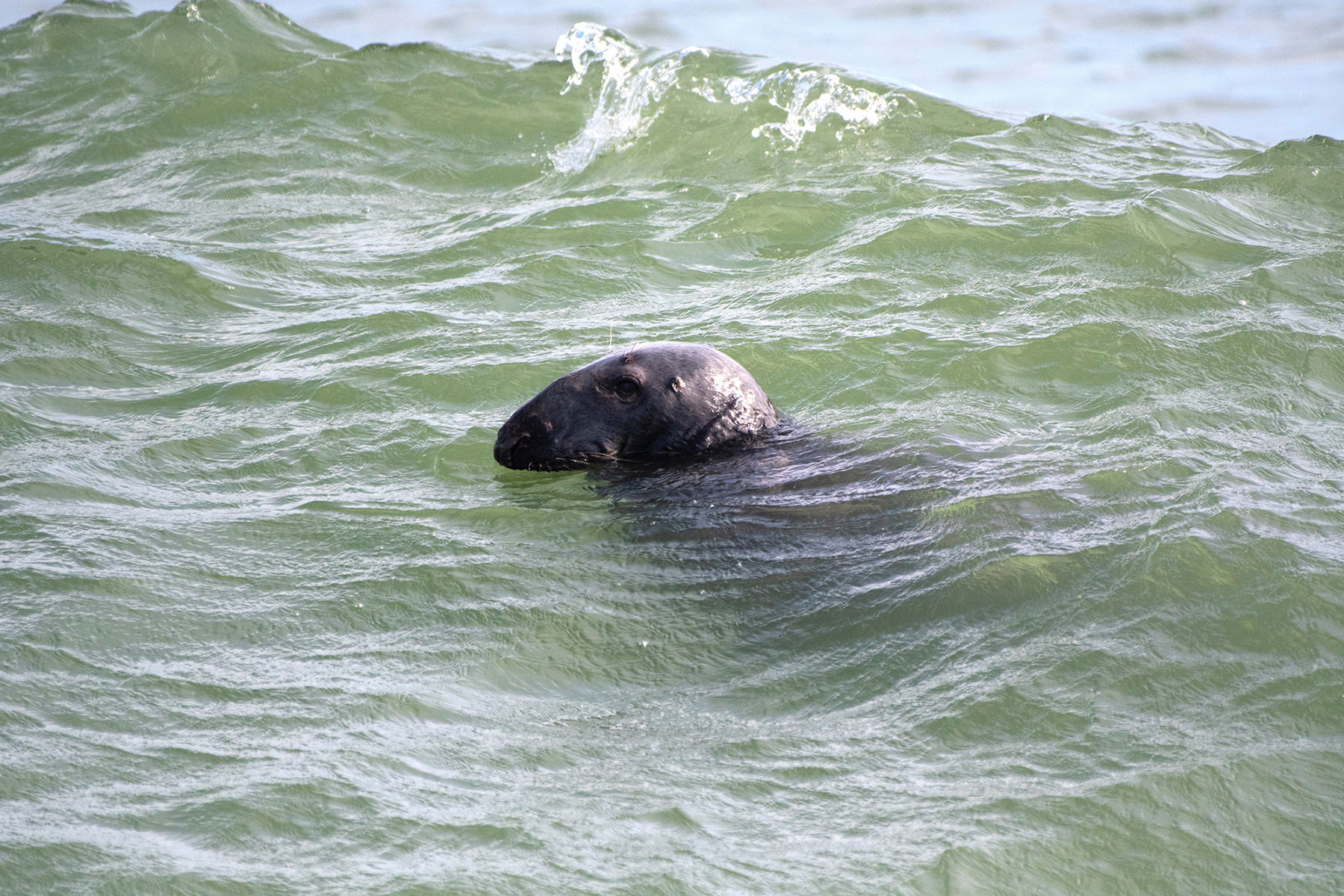