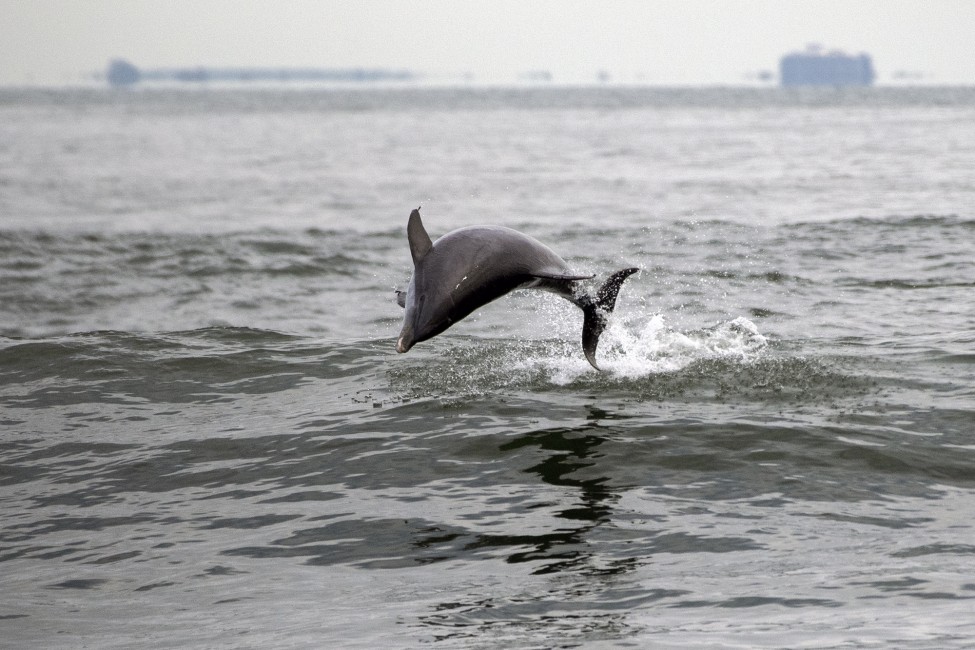 The smell in the air is salty-sweet – a sign that we are on our way to the New York Bight, the 16,000-square-mile seascape that runs from Cape May, New Jersey to Montauk, Long Island. We are on the deck of the American Princess hoping to spot some whales and dolphins in these waters so very close to New York City. We wave as we pass WCS’s New York Aquarium situated on the nearby sandy shore.

Our eyes scan the sea around us. Some sizable waves swell off our port side and spill forward revealing a pod of bottlenose dolphins (Tursiops truncatus) leaping and spiraling as if in competition to catch the curl.

The waters of the Bight are home to a number of species of whale and dolphin. Why are we seeing this phenomenon? Cetaceans are following their food — forage fish populations are increasingly found in the area.

The naturalists onboard from Gotham Whale are collecting photos of the cetaceans’ unique markings for scientific data. They say it’s been a good day for dolphins, but we have not seen the whales. Is it too late in the season, we wonder?

As we make the turn to go back past Coney Island, we see spouts of water just ahead. Four humpbacks assure us they are still there. 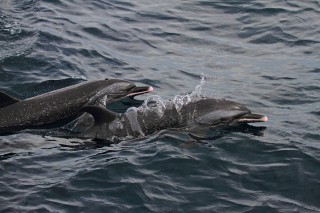 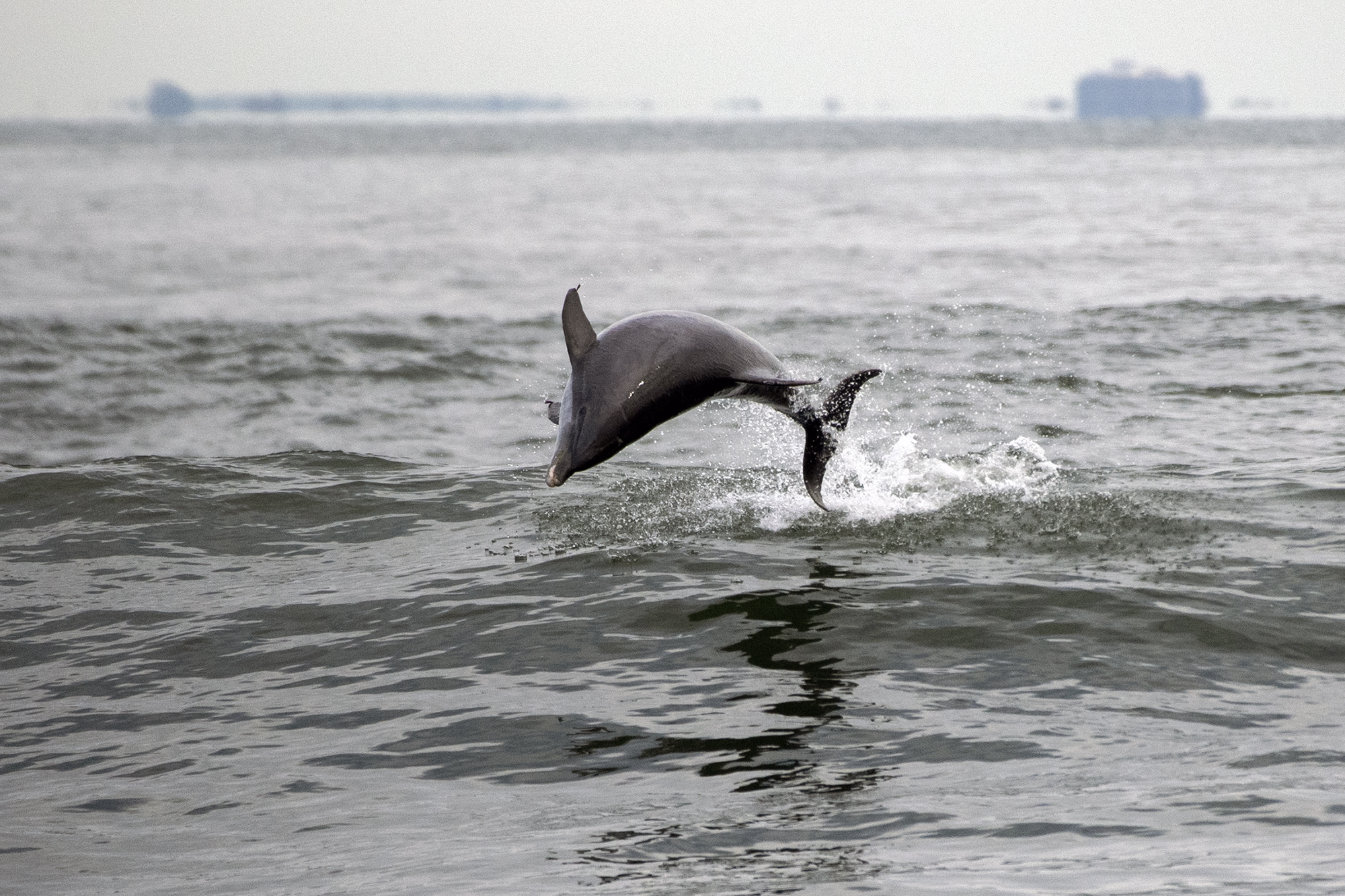