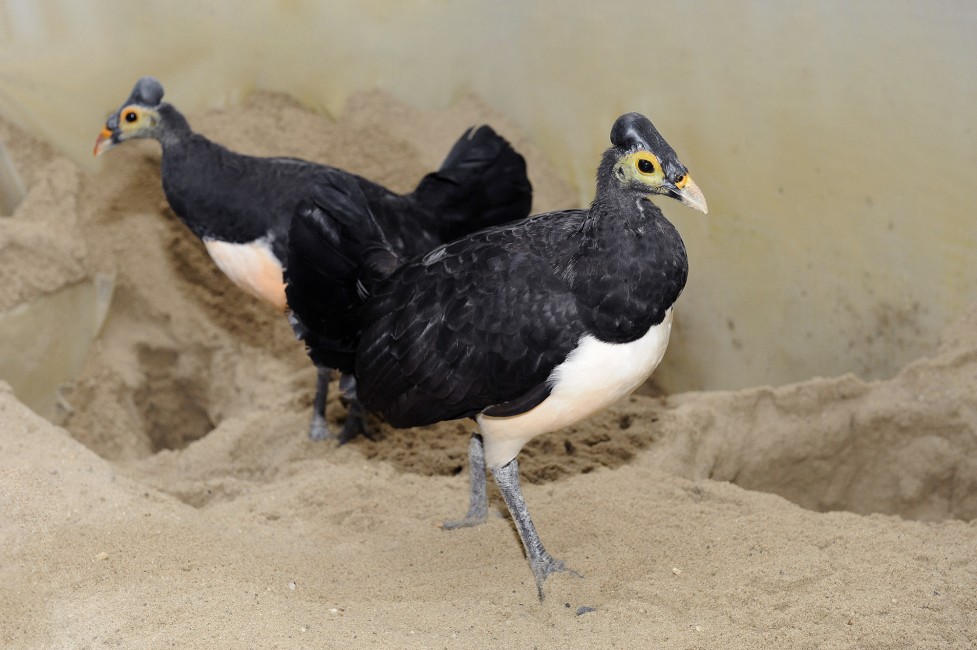 Maleos (Macrocephalon maleo) are extraordinary and celebrated birds endemic to the island of Sulawesi. About the size of a turkey, with dark plumage contrasted by white and pink underparts, their most striking feature is a knob-like crown called a cephalon. What really makes maleos special is their novel adaptive breeding strategy. Females of this monogamous, colonial species lay Olympian eggs in burrows dug by both sexes. The egg is then left to be incubated by the environment — heat from solar radiation or geothermal activity.

Maleos are listed as Endangered on the IUCN Redlist of Threatened Species facing several pressures including habitat loss and uncontrolled harvesting of eggs on their nesting grounds. WCS’s Indonesia program has been working in Sulawesi for several years in efforts to protect the precious breeding grounds used by maleos and endangered sea turtles.

But this is the story of one particular maleo in the Wildlife Conservation Society’s collection; a female that hatched in 1988 named “June”.  One of the first successful hatches of this incredible species at WCS’s Species Survival Center on Saint Catherine’s Island off the coast of Georgia that was operating at that time, June was transferred to WCS’s Bronx Zoo Ornithology department off-exhibit propagation center in 2005. She was one of only four maleos that were excitedly welcomed to the zoo, and at the time, this comprised the entire captive population of the species.

Shortly after her arrival, June (above, right) found a very suitable mate in a male named Malcolm (above, left). It wasn’t long before the breeding success began. The prolific pair has now produced dozens of offspring, and those offspring are having their own breeding success.

The breeding program has grown beyond the Bronx Zoo. Maleos can be found in three other AZA accredited zoos and as far away as Germany. June, now 30 years old, is showing no signs of slowing down. This past year, along with her trusted mate Malcolm, she produced another three chicks as part of the breeding program.

Alana, Glad to see you are still at the zoo working with the Maleos. We miss hearing from you in the new season. Hope your Pink Pigeons are also doing well with your oversight of their breeding.

I love their beautiful profile. Keep the peanuts coming.

Thanks for your comments. We think Alana is a great keeper. She has written other Wild View posts on her work with birds. We hope you check them out:

Maleos are my new favorite bird since watching The Zoo. 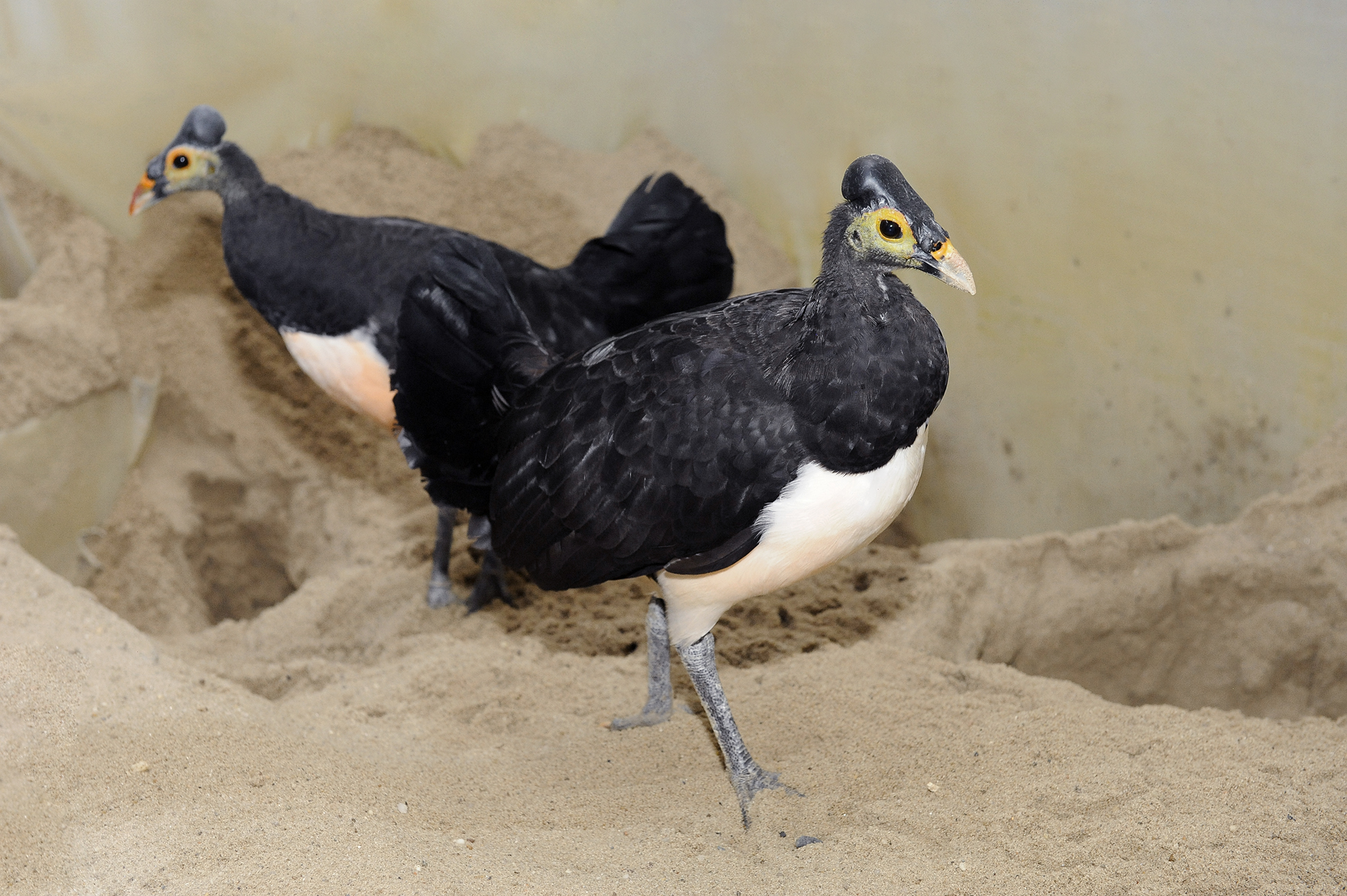