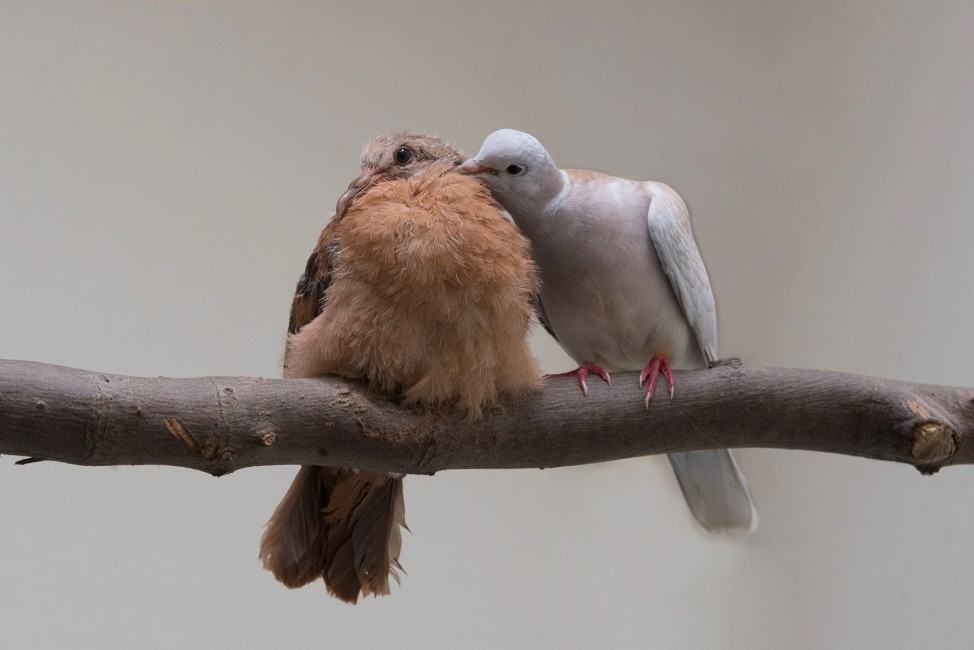 Pink pigeons (Nesoenas mayeri) are large, rusty-pink birds endemic to the island of Mauritius. In 1991, the wild population of this species consisted of less than a dozen birds. Due to intensive conservation action, the number of pink pigeons in the wild has grown to several hundred individuals. This species still faces many threats to its survival including introduced predators and habitat degradation. They are currently listed as endangered by the IUCN Red List of Threatened Species.

Breeding pink pigeons in zoos is not as straightforward as one might think. Several things can go wrong once a pair of pigeons decides to nest. And even it there is success in making a nest and laying fertile eggs, the pair may end up accidentally breaking the eggs or even abandoning them. So, what to do with an abandoned fertile pink pigeon egg?

It turns out that a pair of ring-necked doves (Streptopella risoria) are the heroes of this story. Ring-necked doves are a common, domesticated species kept in pairs at the Bronx Zoo to act as surrogate parents when needed. Recently, an abandoned pink pigeon egg was slipped into the nest of a pair of these doves. The doves devotedly incubated the egg until it hatched. The doves produced and fed the young pigeon a substance called crop milk — a vital diet for squabs.

Pink pigeons are significantly larger than ring-necked doves and pigeon squabs grow quickly. In less than a few weeks after it hatched, the pigeon squab outgrew its surrogate parents (above, with its mother). The ring-necked doves continued to be doting parents and cared for the significantly larger squab until it learned to fly and eat on its own.

This young pink pigeon will eventually become part of the breeding program, thanks to the great parental care it received from its surrogate dove parents. 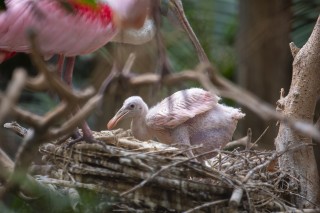 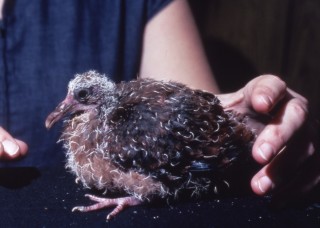 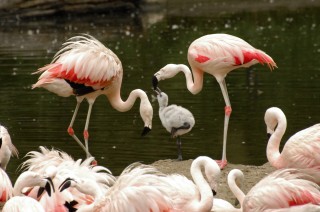 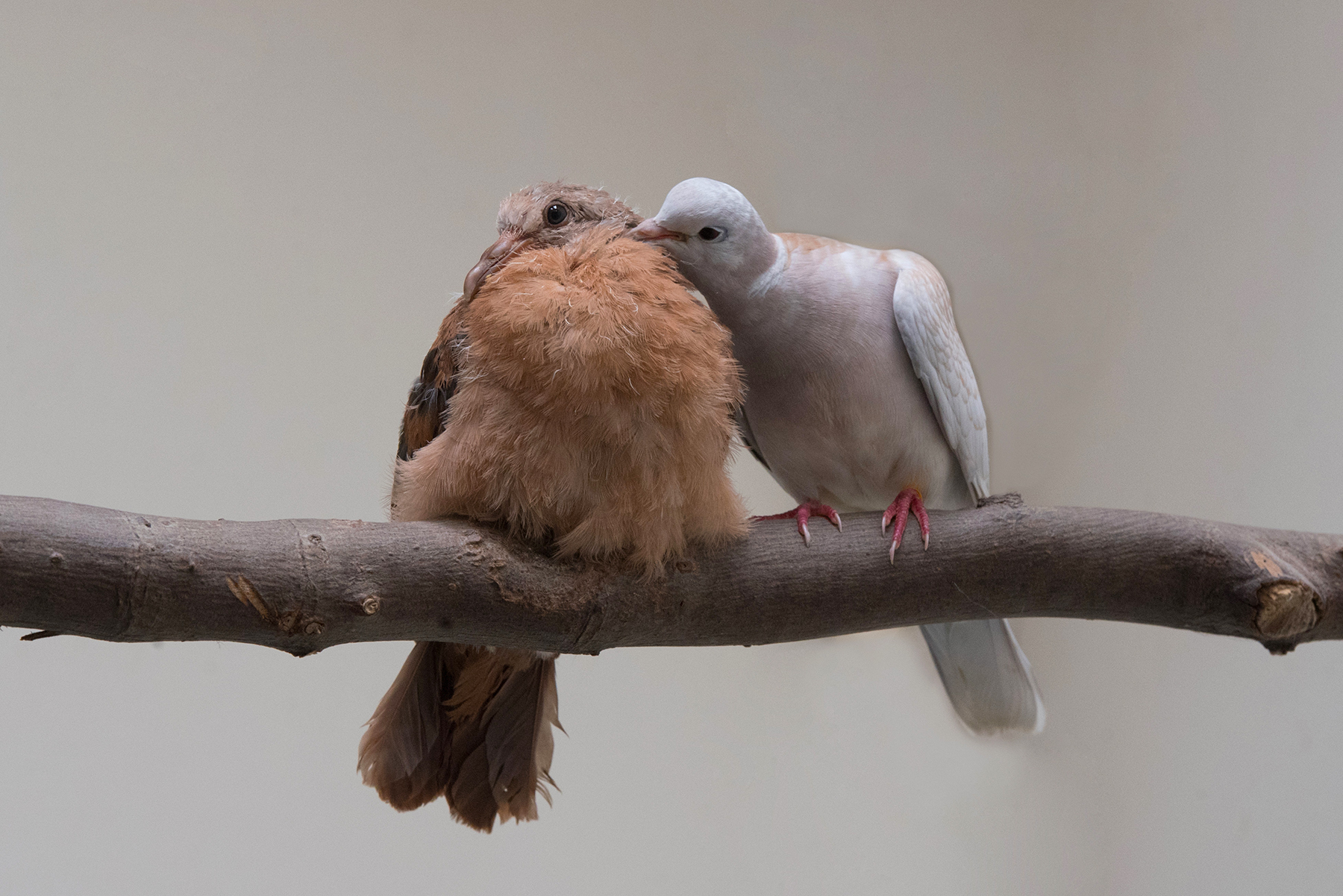