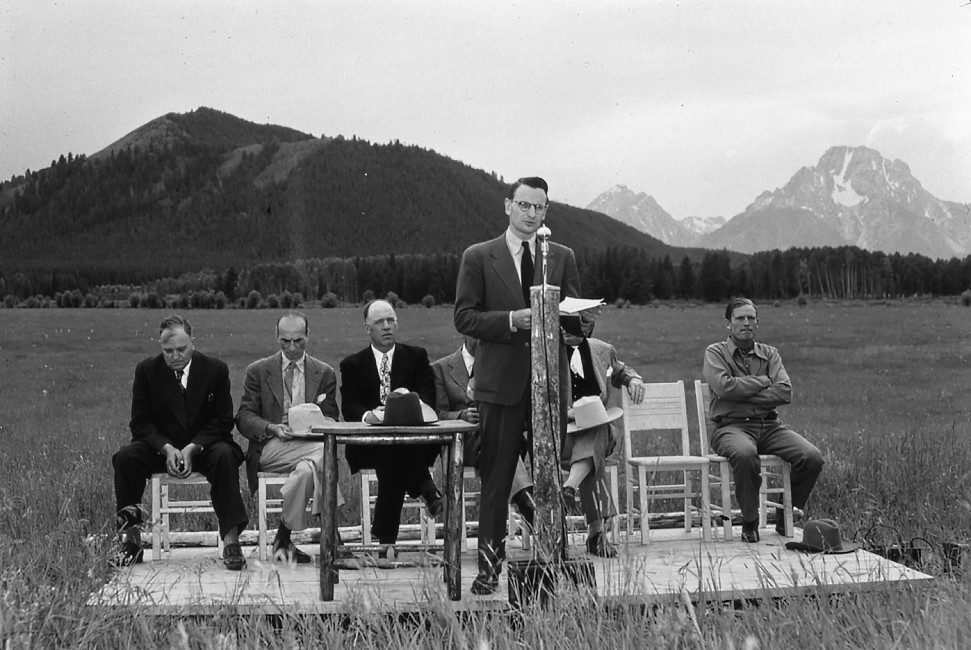 This year marks the 100th anniversary of the National Park Service, and to celebrate this major event, we’re remembering the creation of the Jackson Hole Wildlife Park.

In 1948, WCS trustee and future WCS president Laurance S. Rockefeller worked with the Wildlife Conservation Society and the Wyoming Game and Fish Commission to establish the park, and in 1962, it was donated to the National Park Service for inclusion in Grand Teton National Park.

Jackson Hole Wildlife Park opened to the public on July 19, 1948 to great acclaim. (The photo here shows Rockefeller speaking at the opening.) The New York Herald Tribune called the park an “important step in our nation’s general conservation movement,” while the Washington Post heralded it as a “substantial addition to the faculties enabling Americans to view one of their great natural resources in primitive state.” Americans did take advantage of the new park: within the park’s first year, its guest book contained signatures from all 48 states—as well as signatures from 12 other countries.

The park also included the Society’s Jackson Hole Research Station, where researchers focused on ecological and behavioral studies. Dozens of renowned biologists conducted studies at the research station during its existence, including George Schaller, Margaret Altmann, and John and Frank Craighead. Research topics ranged from the “vascularity of the brain of Amblystoma” to “effects of human use on wild lands in the Tetons.”

Hello — Would you grant permission to use your photograph accompanying the 7 July 2016 story, “Celebrating the NPS Centennial in the Jackson Hole Wildlife Park,” for a Special History Study at Grand Teton National Park on the Rockefeller family’s contributions to historic resources there? This is an excellent image of Laurance Rockefeller! Thank you, and let me know if you have any questions. — Jim Steely 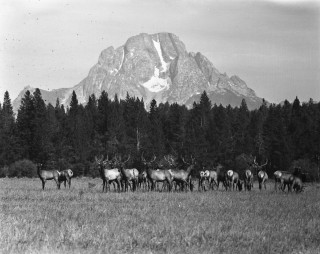 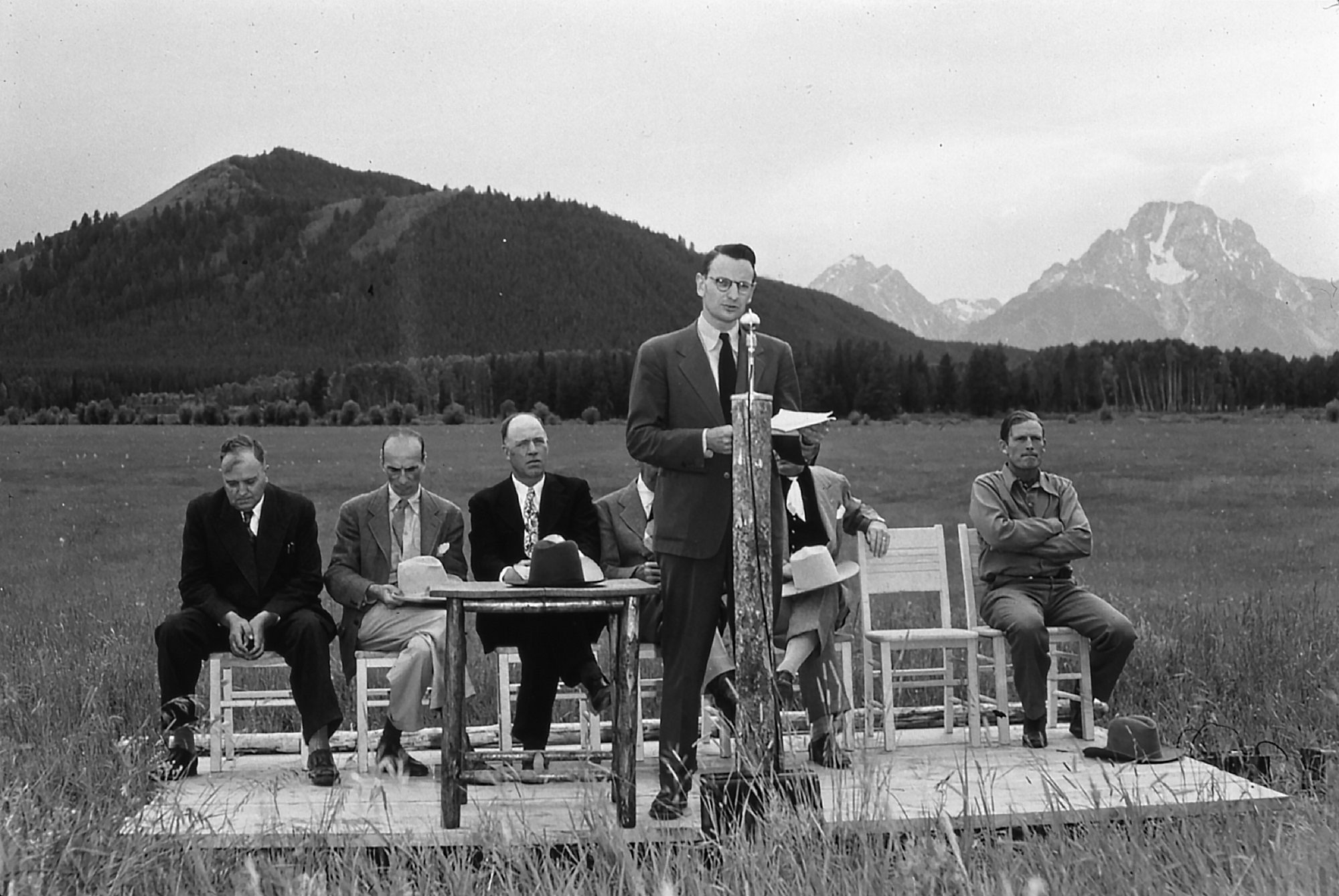