The waters are calm as the American Princess cruises through the New York Bight, a nick of the Atlantic Ocean that laps between the shores of New Jersey and Long Island. Squinting, I see swarms of small, shiny fish percolating in circles at the surface.

Suddenly, a humpback whale bursts through this bait ball off the starboard side like a torpedo to its mark. The whale’s mouth is open wide and scooping in as many fish as it can hold, with the remnants spilling back into the sea.

These great leviathans are here to take a bite of the Bight – its warm waters are coming back to life.

Paul L. Sieswerda, a Gotham Whale naturalist on board with me, thinks the return of humpbacks to the New York Bight is a matter of their finding good food. The menhaden have returned in numbers that local fishermen say they have never seen before — likely due to the improvement of local water quality. He says all the environmental work since the ’70s is finally paying off. There is also a cap in place now on the Atlantic fishery for menhaden, reducing the catch by approximately 300 million fish. The fish are harvested for fertilizer and omega-3 fish oil.

The whales have found a good feeding ground near New York City. Sieswerda says that Gotham Whale is seeing more of them in the area each year. In his words, “they tell two friends who tell two friends …”

The New York Bight is a haven for whales, dolphins, seals, sharks, and other fishes. Within sight of the sandy shores of New Jersey and Long Island, much of this sea life can be seen regularly. Fifty-six humpback whales have been spotted in the area as of August 27, 2014. The whale watch season will go until mid-October, according to Sieswerda.

The Wildlife Conservation Society’s New York Seascape program is working to keep this 15,000-square-mile corner of the Atlantic, and its adjoining tributaries, thriving.

Photographer’s Note: Timing is everything when photographing whales. Pulling myself away from the sheer awe of the moment (and that is the length of a whale feeding, fluking, or breaching) long enough to grab my camera and hold down the shutter button often results in lots of images of splashes, but few of whales. It is okay to take lots of photographs. Images of whales’ flukes and dorsal fins can help biologists identify individual whales through their unique shapes and markings. 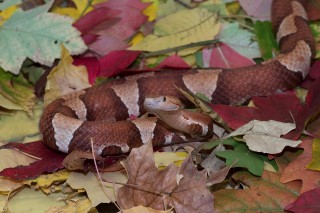