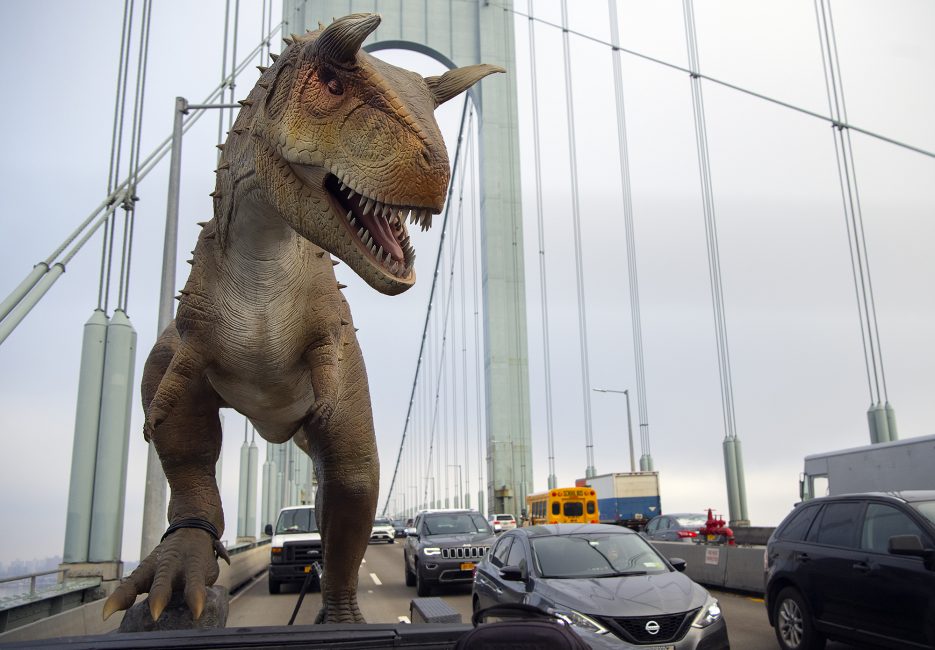 There was a reason for all the rubbernecking on a recent day in New York City. A dinosaur was cruising in the fast lane.

Four life-sized dinosaurs went out for special delivery from the Wildlife Conservation Society’s Bronx Zoo to our other wildlife parks throughout the city. These prehistoric giants will let people know they can walk among 52 dinosaurs and pterosaurs at the Bronx Zoo Dinosaur Safari from April 10 through October 30, 2022.

Kevin Franqui, WCS Associate Director of Rides, and his team are expert dino movers. They have transported over 200 dinosaurs of various shapes and sizes during four Dinosaur Safari events at the Bronx Zoo since 2013. I tagged along with our Rides team for the delivery of the carnotaurus to the Queens Zoo, curious how a 33-foot long dinosaur can seamlessly make its way between the boroughs.

“There are a lot of logistics involved,” says Franqui. “We have to consider how big the dinosaur is – its weight, and whether it can stand up to the travel on the streets of the city. Some are nearly 35 feet in length, others are 13 1/2 feet tall. Each one is individually rigged and strapped to a 20-foot trailer we pull behind our truck. I use a commercial GPS to navigate the bridges, overpasses, and highways. Anything that is too low for us to pass under, our dinosaurs could end up with a ‘hair cut’.”

The process includes forklifts, clamps, computers, an 80 lb bag of wrenches, and a huge amount of elbow grease. With our cargo secure, we head out at 7 am to the Cross Bronx Expressway – a travel challenge at any time on any day. Along our way, dogs bark, buses pull alongside, and cars honk as they go by. Everyone waves and smiles snapping selfies with their cellphones.

I look back as we go over the Whitestone Bridge. The dinosaur’s head is bobbing around as if to say, “Hey, what did you expect? This is New York.”

It’s the best commute I’ve had in a long time, delivering a dinosaur in New York City. 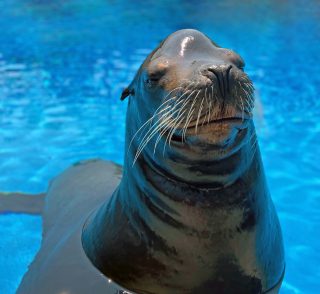 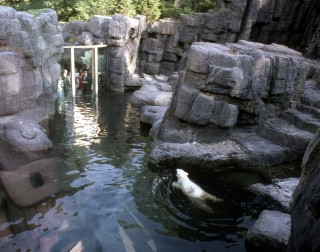 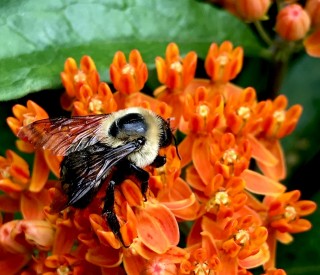 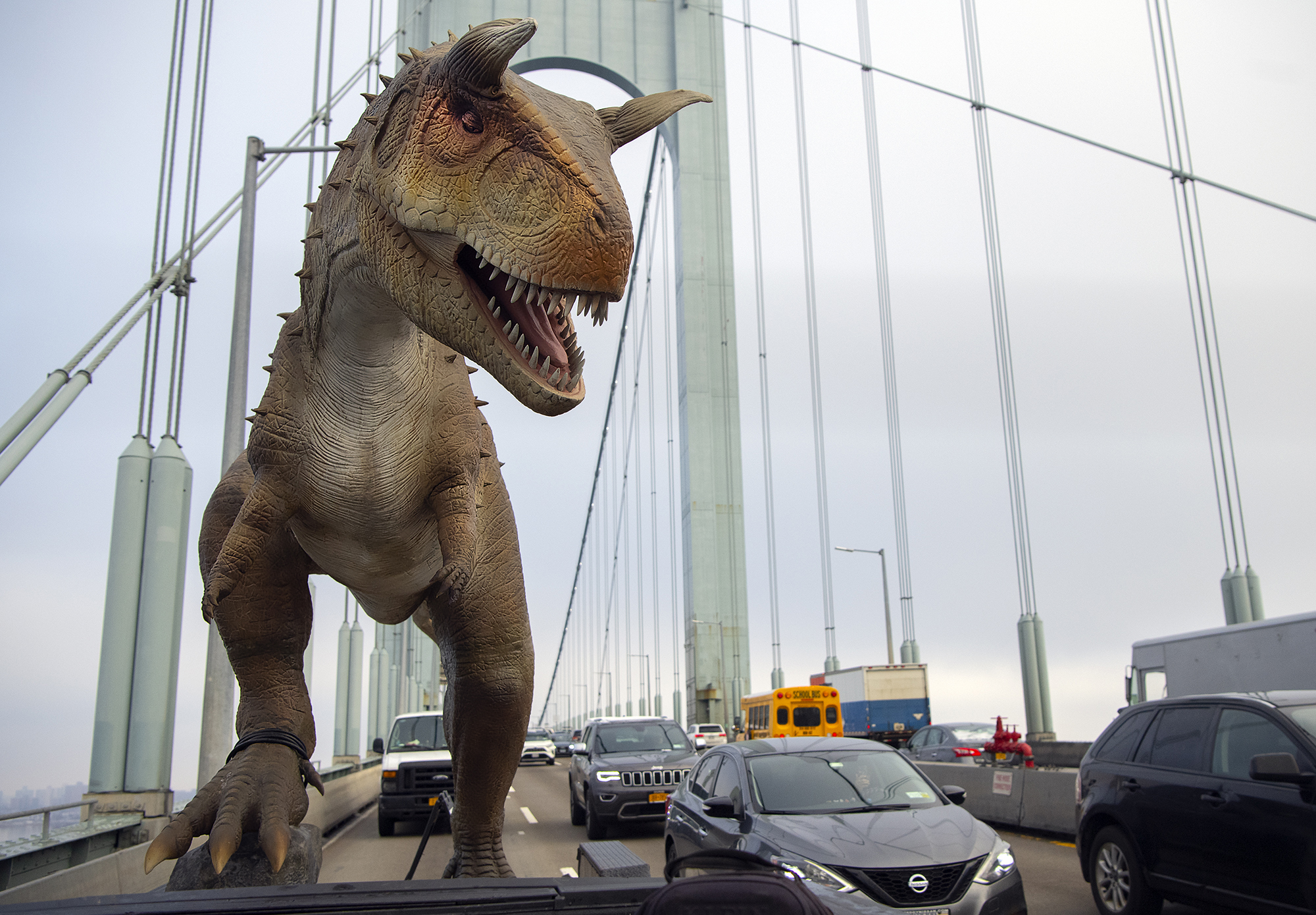