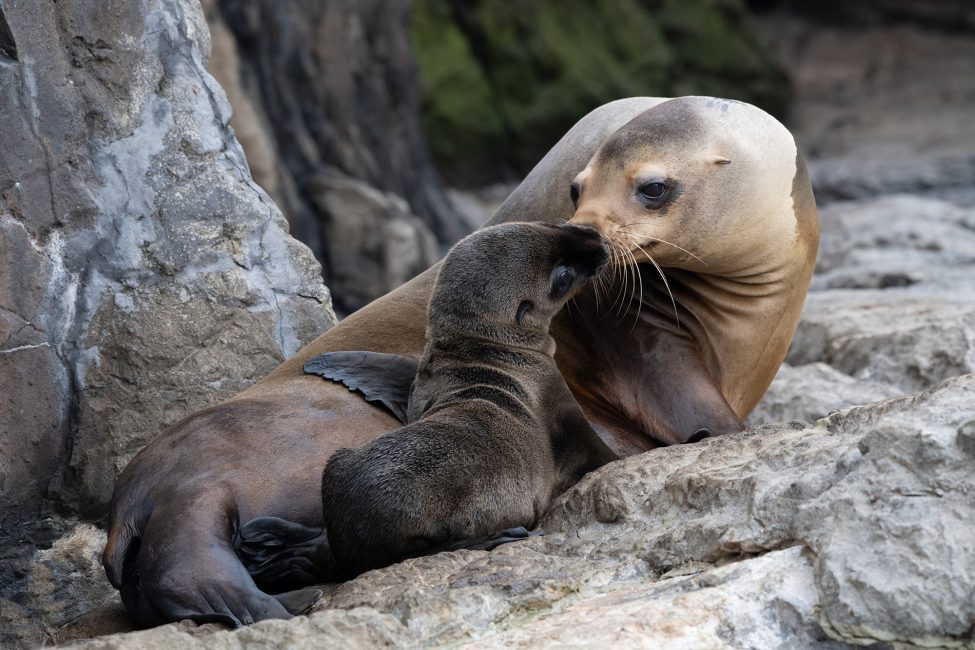 Ariana joined the WCS family in November of 2018. She was four years old then and in the early stages of her training development. Ariana was still at the point where she was learning her name and how to target – both are foundation behaviors. As trainers, we understand the importance of forming a positive relationship with our animals. Trust needs to go both ways. It took a bit longer to earn Ariana’s trust, but that extra challenge played a role in making our relationship that much more special. Ariana is strong, resilient, and a quick learner. She also enjoys ice treats and likes to claim the highest spot on the coveted cliff in the sea lion exhibit.

It has always been obvious to me that Ariana is very special, but in late May of 2021, Ariana made sure that New York City also knew who she was. Ariana was pregnant at this time. She was due at any moment. We gave her access to an off-exhibit area where she had privacy and free choice to be in a pool or on land.

History has shown us that this space is where female sea lions usually prefer to give birth. Well, not Ariana. On the morning of May 31, Ariana slowly made her way to the very front of the exhibit. She was as close to the public side as she could possibly get. It was going to be a busy Monday since it was Memorial Day. As the Aquarium doors opened, Ariana started to give birth.

I remember that she was still in the process of delivering the pup when some of us had to go and perform the Sea Lion Celebration Show in the Aquatheater. It was difficult to walk away because we knew that the real show was actually happening at the sea lion exhibit. We ran back as soon as the show ended and stopped in our tracks at the sight. After Ariana gave birth to a healthy pup, she decided to whip around the placenta. It is a natural behavior for sea lions but seldom observed by spectators. This action covered her and the newborn pup in afterbirth blood. Our staff gathered to tell our guests about the birth and turn a potentially alarming sight into a once-in-a-lifetime positive experience.

Ariana’s special delivery made it into social media outlets around New York City. Ariana has always had a “go big or go home” personality – and Ariana went big on Memorial Day of 2021. Guests were enthralled by the birth and shared it with their friends.

Ariana continues to be a fantastic mom to her pup, Deno, named in honor of Deno’s Wonder Wheel, another Coney Island icon. The next time you’re at the Aquarium, stop by and bask in the awesomeness of Ariana and the rest of our sea lions. 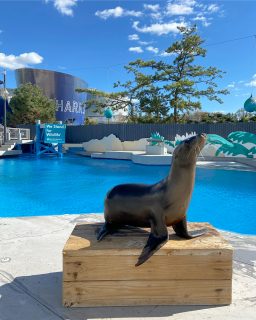 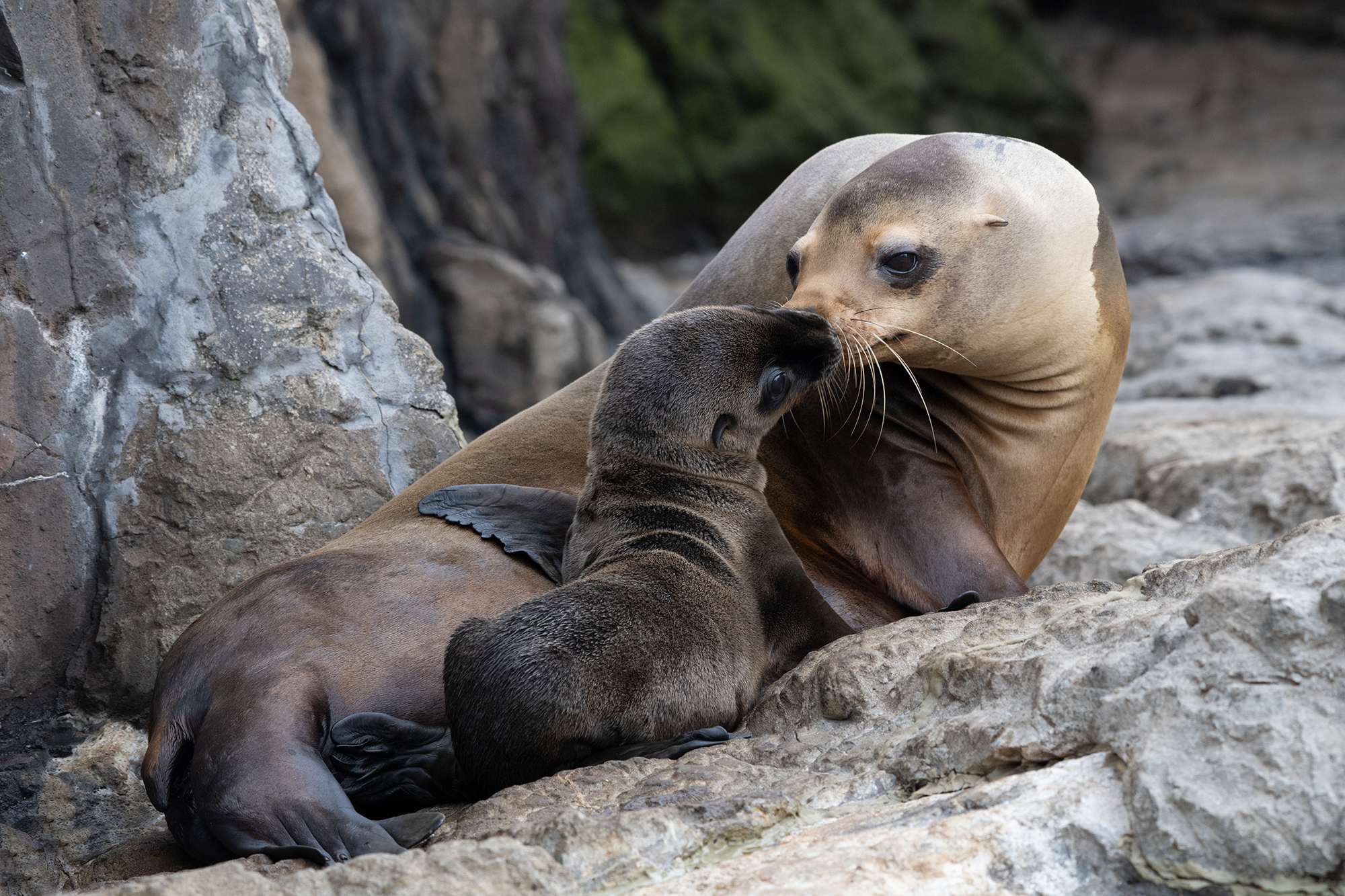