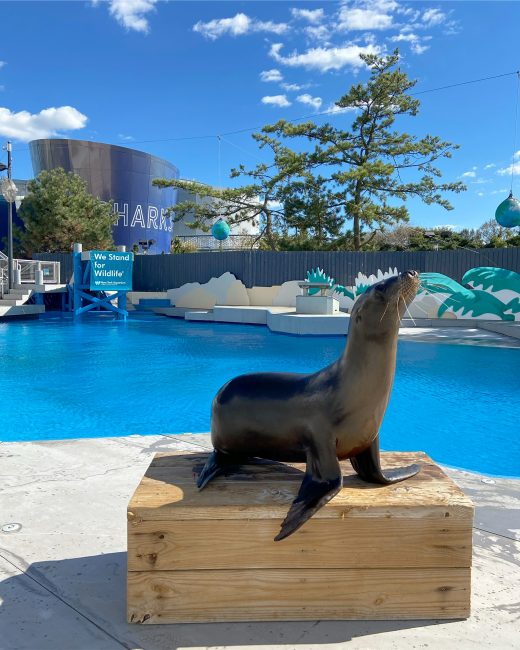 Most California sea lion pups, Zalophus californianus, are born in the early summer. Erie broke the norms very early in life. He arrived in October of 2019 at WCS’s New York Aquarium. Erie’s mother is on loan to us from the Columbus Zoo. Our trainers named her baby after the Great Lake between New York and Ohio to celebrate our collaboration. His “eerie” name is Halloween-themed to also tie to his birth month.

Since Erie arrived so late in the year, he did not have enough time to put on a protective layer of blubber for the winter. The aquarium’s Sea Cliffs and Aquatheater staff teamed up to take care of him at the Sea Cliffs exhibit. At first, trainers spent the night when the temperature was going to be extra cold. If Erie’s mother decided to go for a late night swim, Erie could choose to snuggle up to his trainers for some extra warmth (I know, tough job). But honestly, it wasn’t sustainable. We ultimately decided to move Erie and his mother Nora to our indoor facility with heated pools for the winter season. We referred to it as their spa getaway. Erie thrived in this setting.

In early spring, Erie had put on enough weight to move back to Sea Cliffs. He spent several months swimming and cuddling up with his Sea Cliff sea lion buddies.

During the summer, Erie faced his next big challenge. A sea lion pup naturally nurses from its mother until it is between six to 12 months old. At about nine months, Erie’s mom decided that it was time for Erie to stop nursing. At this point, the Sea Cliffs and Aquatheater staff worked together to teach Erie how to eat fish. This was a two-week challenging process but it was ultimately successful.

Once he mastered fish eating, Erie made the move from Sea Cliffs to the Aquatheater. Erie was immediately accepted by the group of five sea lions and one harbor seal. He instantly became best friends with six-year old sea lion, Clark.

Erie has had quite the journey in his first year of life which has resulted in a fearless young sea lion. This one-year old is already making cameo appearances in the Sea Lion Celebration show at the aquarium’s Aquatheater.

It is such an honor and a great experience to work with Erie. 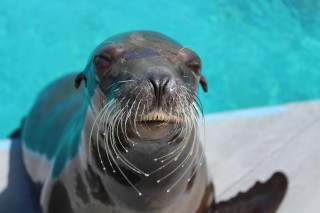 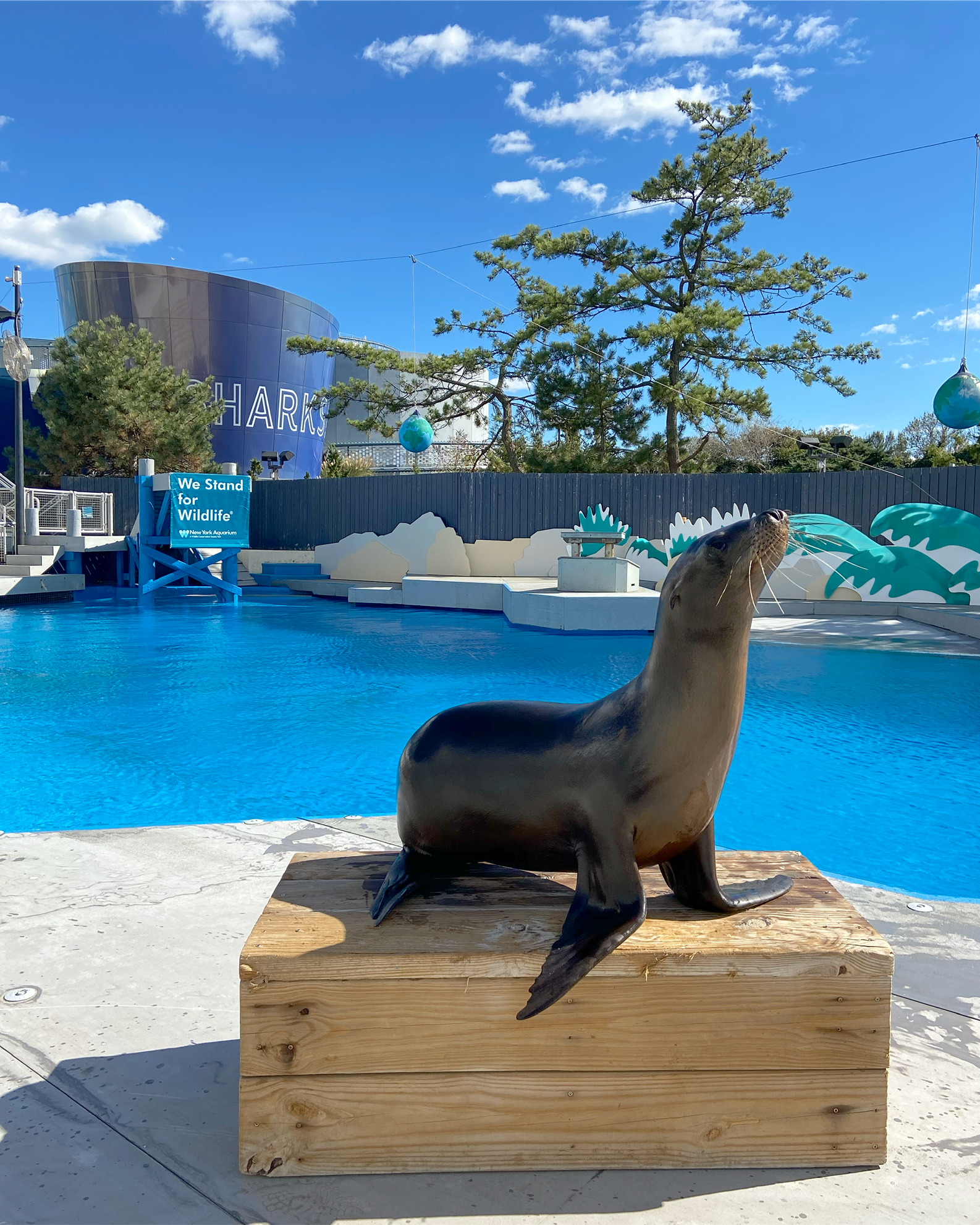