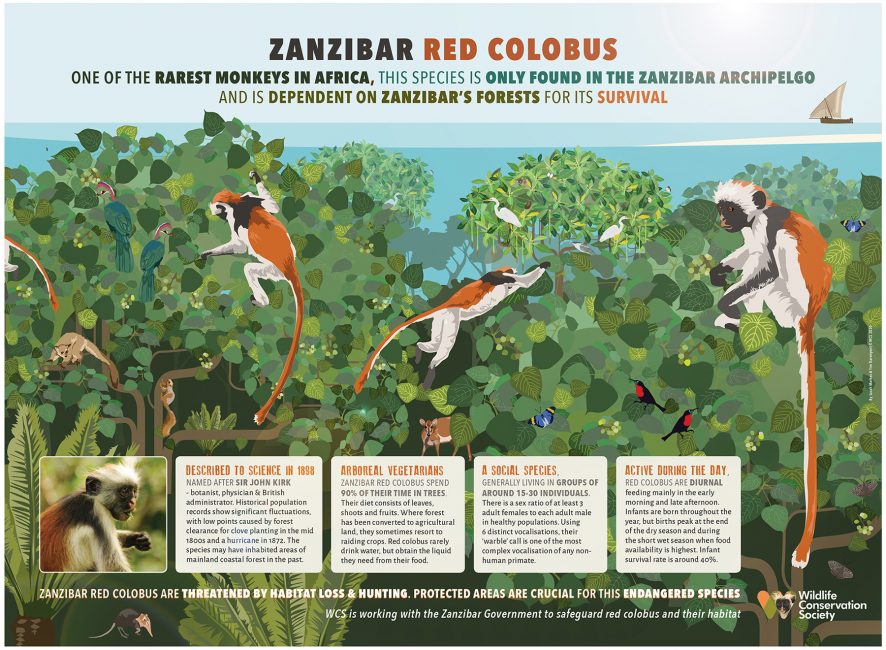 One of Africa’s Most Charismatic Monkeys

The Zanzibar red colobus, Piliocolobus kirkii, is only found in Tanzania’s Zanzibar archipelago off the coast of East Africa. This endangered monkey species is now dependent on Unguja Island’s remaining forests for its survival. The island has lost around eight square miles (20 square kilometers) of forest per year recently primarily due to tourism and residential development. While the monkey’s preferred habitat is high canopy forest, many now rely on secondary forest, scrub, and thicket. A few groups also exist in mangroves and around the edges of farmland where they are more at risk from hunting and lack of food.

Given uncertainty regarding the size, distribution, and health of the Zanzibar red colobus population, the Wildlife Conservation Society conducted the first-ever complete census of the species. Finalized in 2017, this work revealed that three-quarters of the population lives in Unguja’s protected areas, with around half found in Jozani-Chwaka Bay National Park. Maintaining these protected areas and corridors of habitat between them is therefore crucial. WCS also identified a key area of habitat which, if protected now, would hugely increase the species chances of survival in addition to benefiting communities and other wildlife. Work is underway, in collaboration with the Zanzibari government and WCS’s conservation partners to make the new Zanzibar red colobus reserve a reality.

Watch this space for more news. 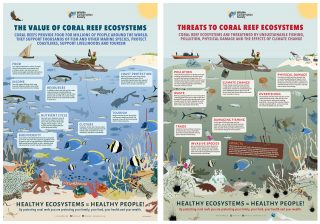 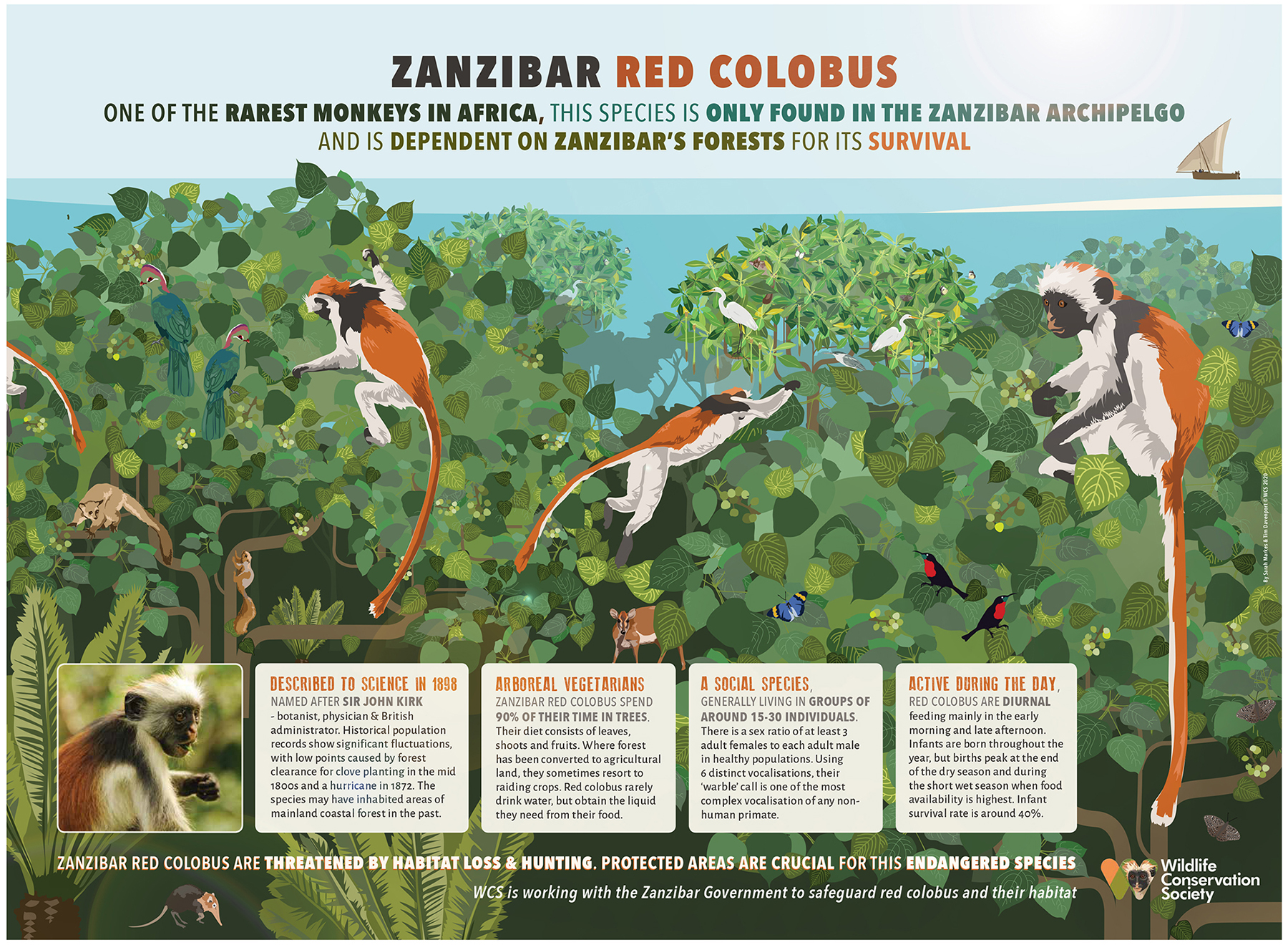