I find it almost impossible to believe that the faces peering down at me from the canopy are Africa’s rarest monkey, the kipunji, also known as the highland mangabey. With their thick silvery fur, crested heads, and deep russet eyes they are incredibly charismatic – even if they are trying to pee on me.

Only discovered by the Wildlife Conservation Society in 2003, these monkeys live in a tiny area of Tanzania’s Southern Highland forest. With a population of just over 1000 individuals and much of their habitat degraded, they are critically endangered. The good news is that WCS has protected a significant part of the habitat and research is providing critical data for conservation. Longer-term plans include encouraging ecotourism in the area to help protect the monkeys and their habitat sustainably.

To inspire support for their conservation we need to raise awareness of these animals and their beautiful forest that is crucial for local livelihoods, too.

Which is where I come in. This image is one of many that will be used in educational materials and exhibitions to try and meet this aim.

Sadly, I did not have time to stay in the forest long enough to draw the monkeys accurately from life, but instead based this illustration on a rare photo by Tim Davenport, WCS Tanzania’s Country Director. I often draw on paper, but in this instance, to be able to get the features exactly right I created it digitally using my drawing tablet. 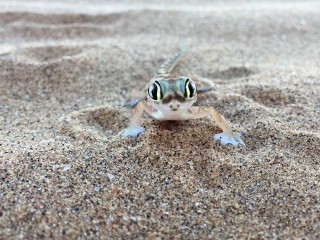 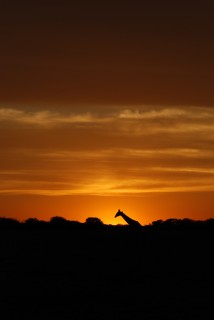