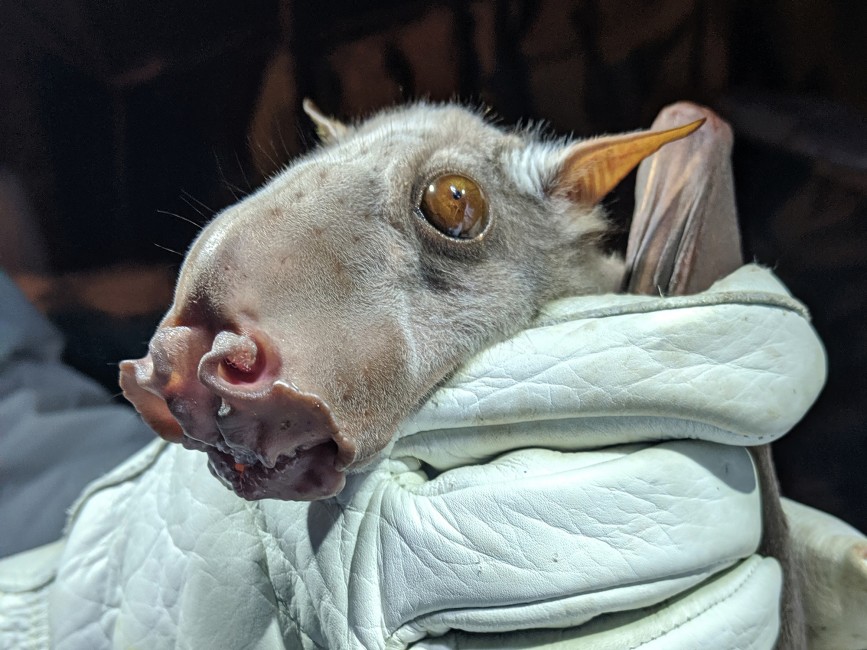 Earlier this month the Wildlife Conservation Society published the first GPS-based movement study of hammer-headed fruit bats (Hypsignathus monstrosus), the largest fruit bat in Africa (above, a front view during an exam). As the lead author, I aspired to answer a fundamental question – where do you go?

These bats are suspected reservoirs of Ebola virus so knowing more about their movement patterns and where and when they might overlap with human activity can help us both conserve these species and limit spillover risk. For eight years, I had watched this beguiling bat with a wingspan reaching just over three feet fly away into a dark night, wanting to know where it was going.

The small pilot study in the Republic of Congo provided GPS points for five bats ranging over three to 53 nights. We learned these bats have a home-like area where they regularly roost during the day and that they don’t fly when the sun is up. The males spent 50% of the night near the lek – a mating arena where they are likely trying to attract females with their calls. In comparison, the one female we tracked only visited the lek a few times. Her average nightly distance flown to forage was at least six miles – nearly twice the male distance. Other tracking data suggested females may be day-roosting near one of the villages. With this new basic knowledge, we are planning to scale up the effort to understand where bat and human activity intersects and if these bats might migrate.

Read more about the study here or watch a video of their GPS movement here (guess which track is the female bat)! 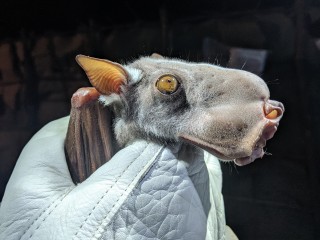 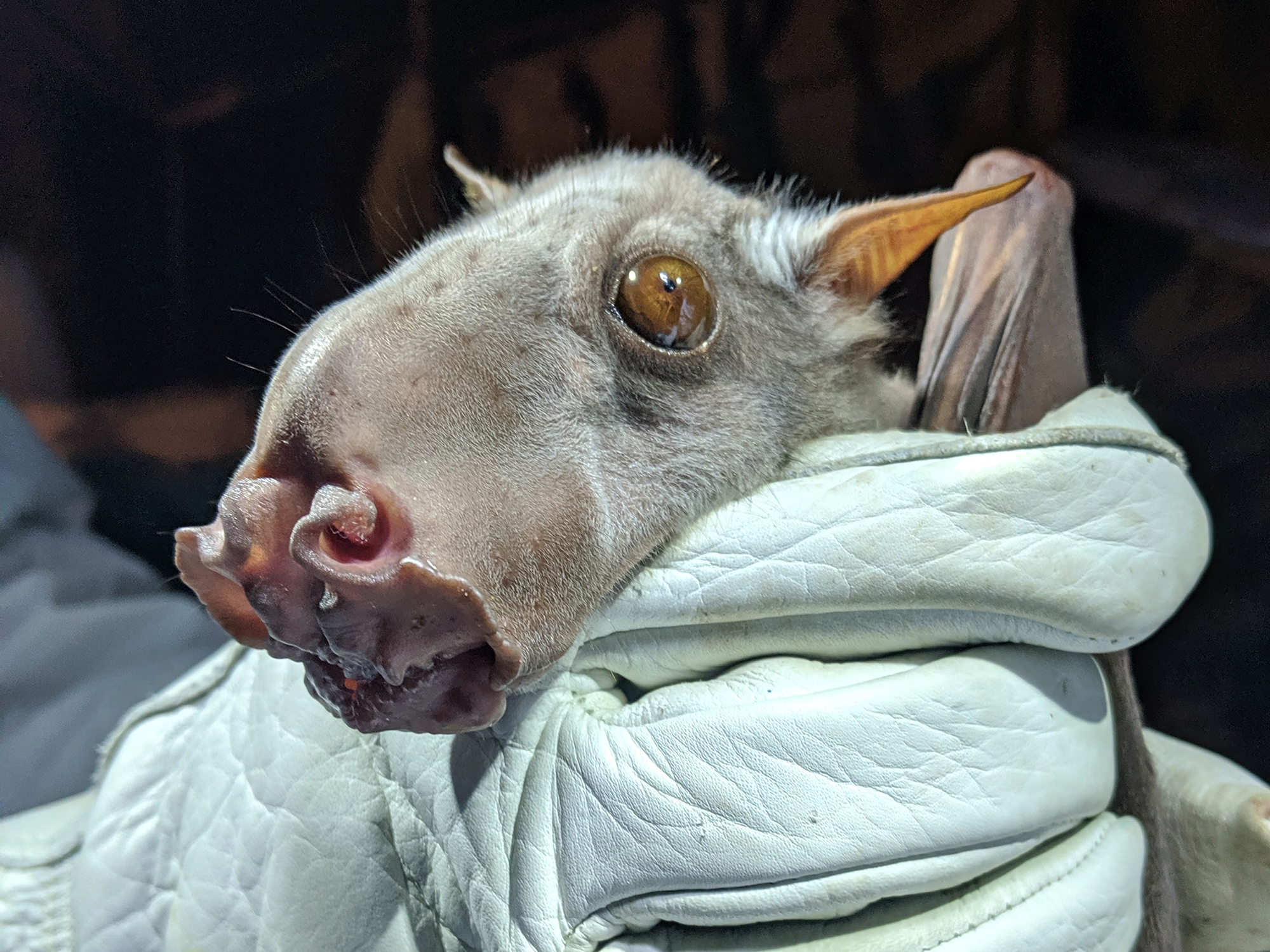