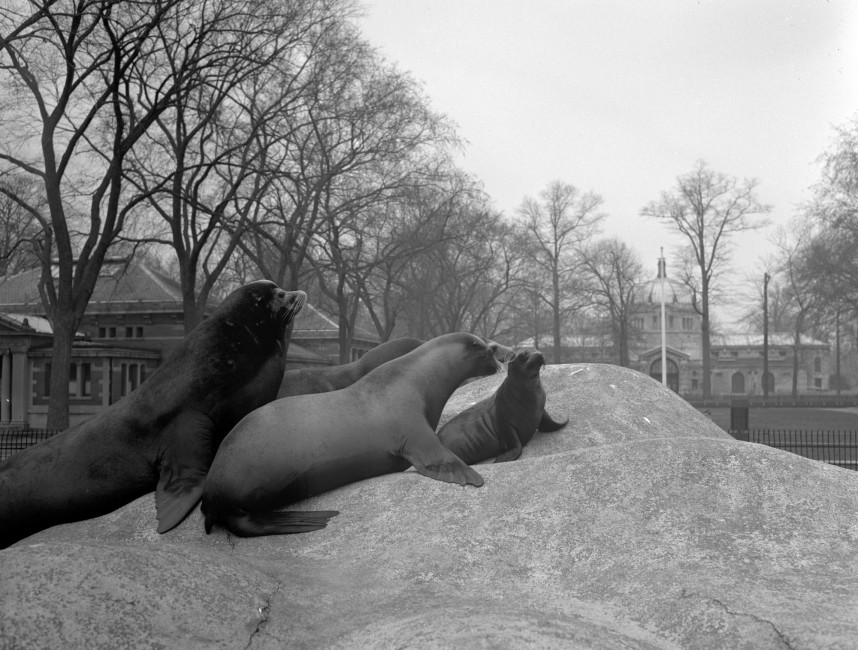 When the Wildlife Conservation Society was established in 1895, one of its founding objectives was to open a world-class zoo in New York City. Today, 125 years later, WCS actually operates four zoos and an aquarium: the Bronx Zoo, as well as the New York Aquarium, and the Central Park Zoo, the Prospect Park Zoo, and the Queens Zoo.

While each WCS park has its own distinct treasures, one thing that unites them is the presence of sea lions. In fact, sea lions have lived at the Bronx Zoo since its opening in 1899, splashing, swimming, basking, and barking in their pool on the zoo’s Astor Court.

Given the major changes to all of WCS’s zoos and aquarium since their openings, so much would be unrecognizable today to visitors from the 1890s, or even the 1950s, when this photo was taken. Yet what I love about this image is that the scene of a young sea lion surrounded by his family in the heart of the Bronx Zoo is just as familiar to us now as it would have been to the first visitors to WCS’s parks. 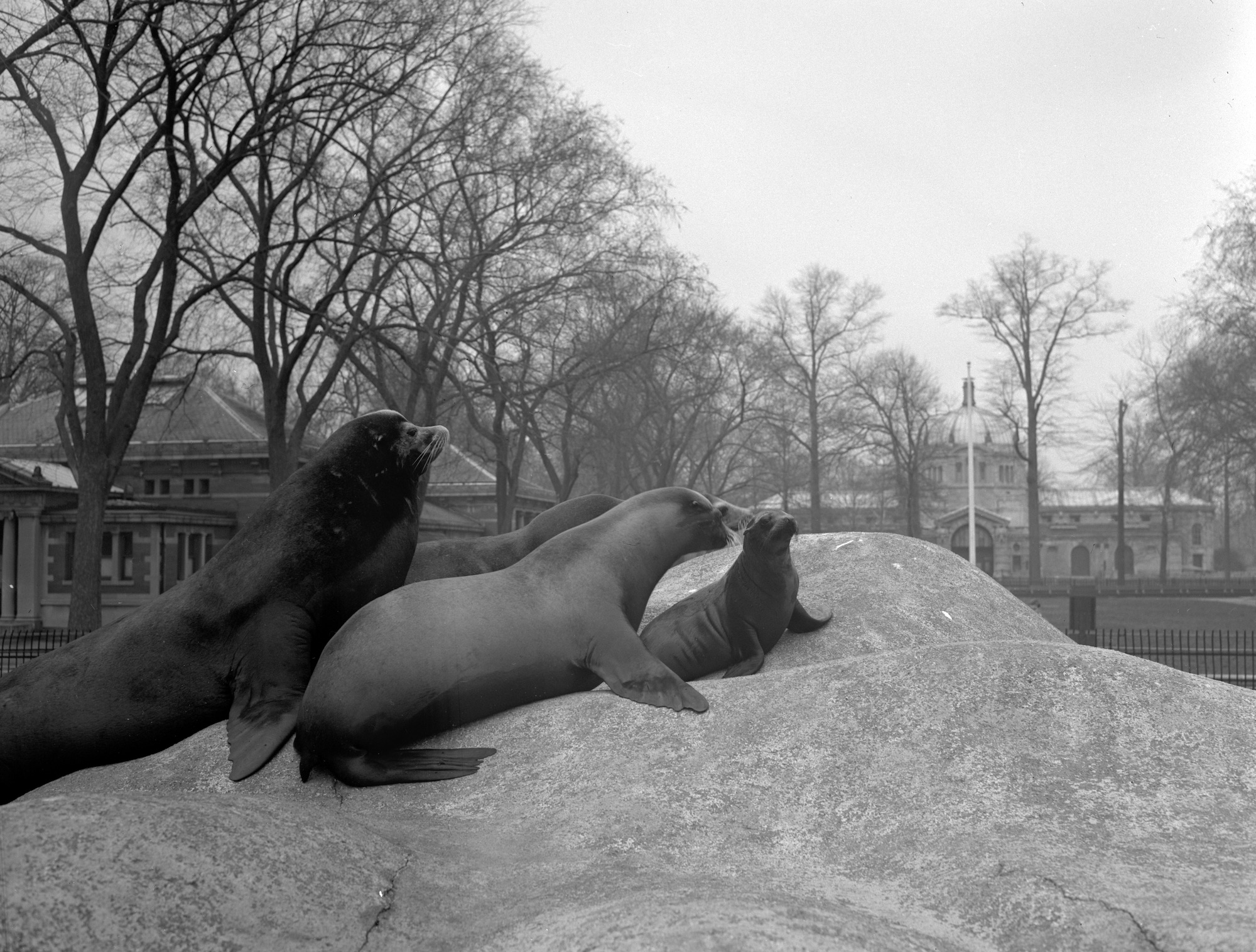