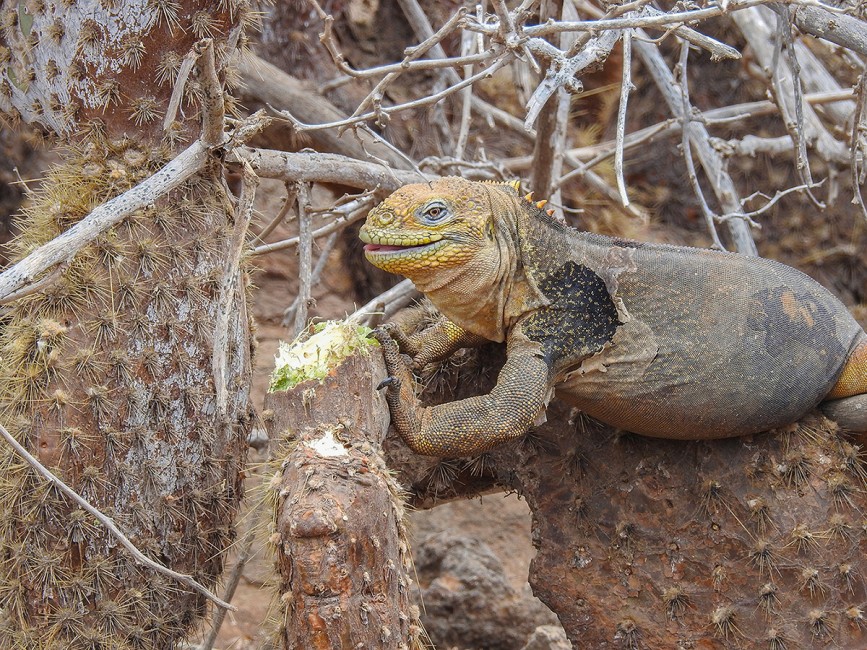 This Galápagos land iguana was lunching in the dry season on endemic Opuntia cactus on North Seymour Island. Although the Galápagos land iguana is not as seasonally flamboyant as are their marine iguana cousins, or as dramatic as the iconic Galápagos tortoise, they are subtly beautiful in their own right. Sadly, visitors often overlook the land iguanas although they do merit attention. When observed they are engaging with a prehistoric appearance, intelligent attentiveness, and are worthy of appreciation for their uniqueness. They stand in good company with other more dramatic endemic Galápagos species. 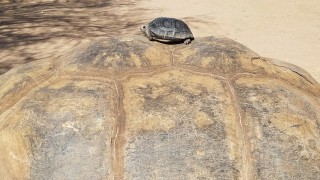 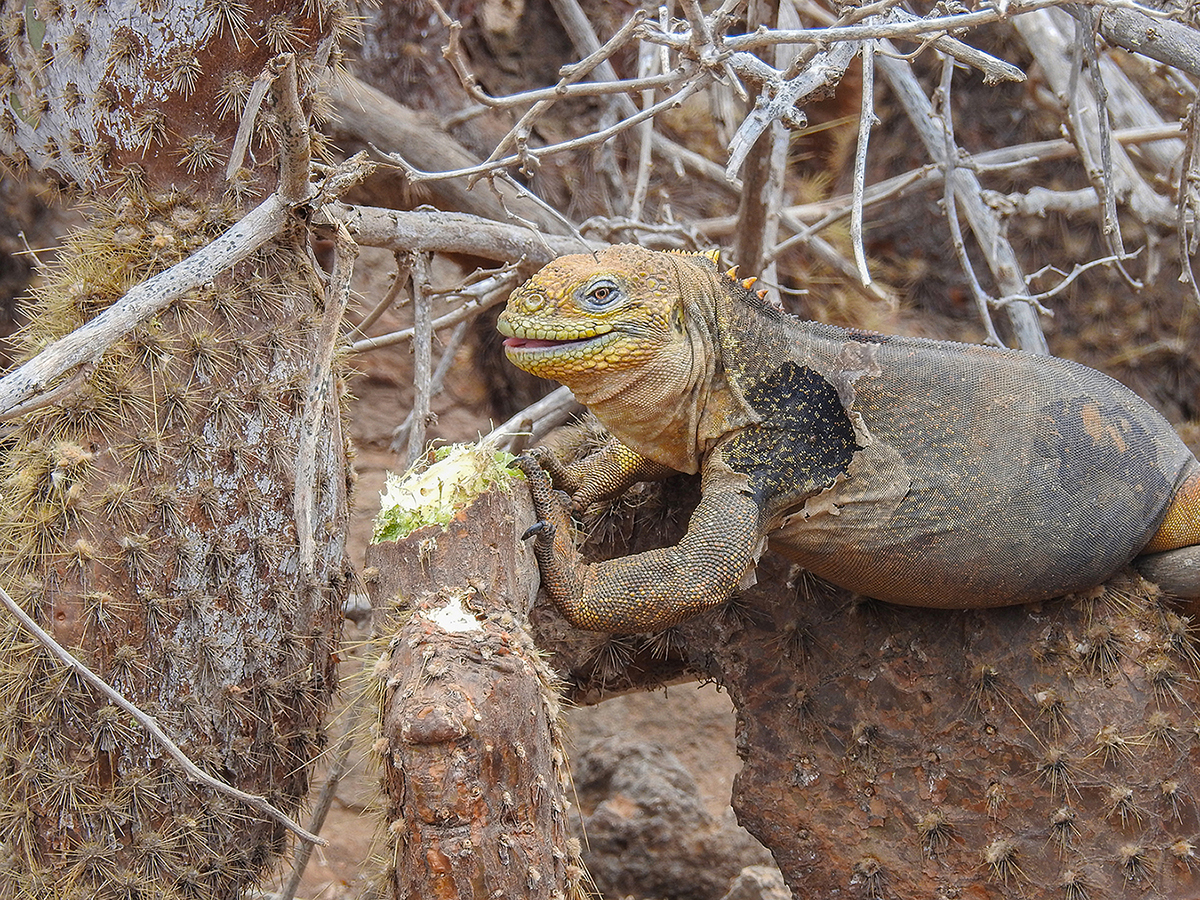