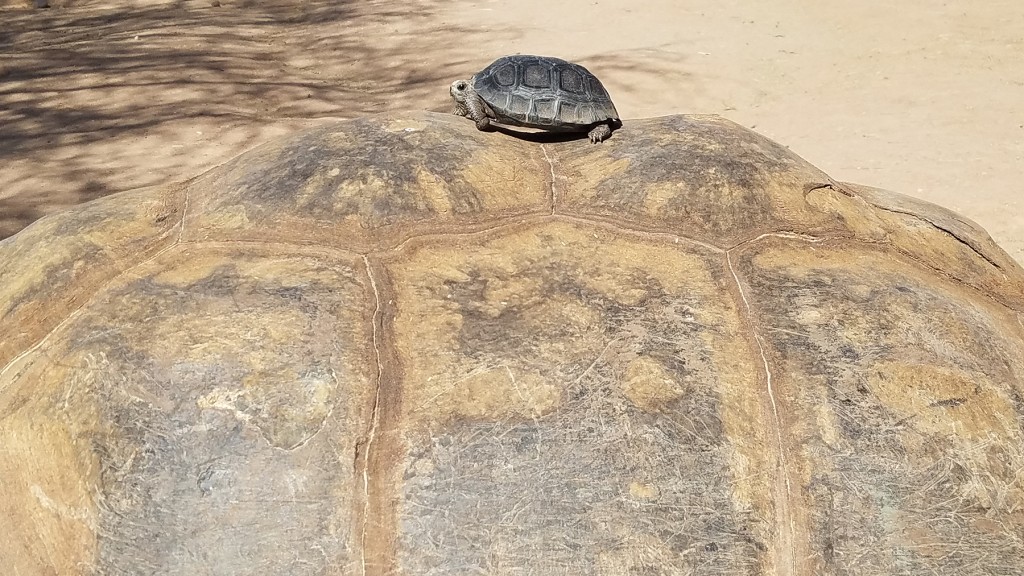 Fortnight is a rare Volcan Darwin tortoise subspecies of Galápagos tortoise (Chelonoidis nigra microphyes) that hatched at the Phoenix Zoo through a recommendation for breeding by the Association of Zoos and Aquarium (AZA) Species Survival Plan (SSP) between its parents, Volcan Darwin tortoises Mary and Mopey. Mary was one of the first animals at the Phoenix Zoo when it opened in 1962 and is now paired with Mopey on loan from the Philadelphia Zoo. SSPs manage populations of species in AZA zoos and aquariums for genetic viability and demographic stability. Fortnight is pictured here atop its father’s carapace.

Still quite young for a tortoise, Fortnight hatched on June 23, 2016. Although Fortnight is the first purebred subspecies, it is the fourteenth Galápagos tortoise produced by the zoo, hence its name.

Fortnight is on exhibit in the Phoenix Zoo’s Reptile Nursery on the Children’s Trail.

Have more tortoises hatched from this pair? 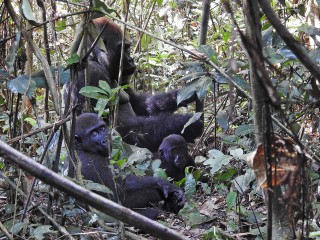 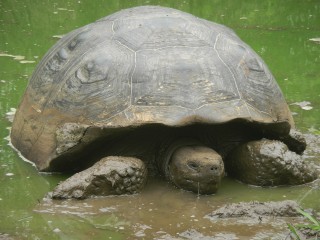 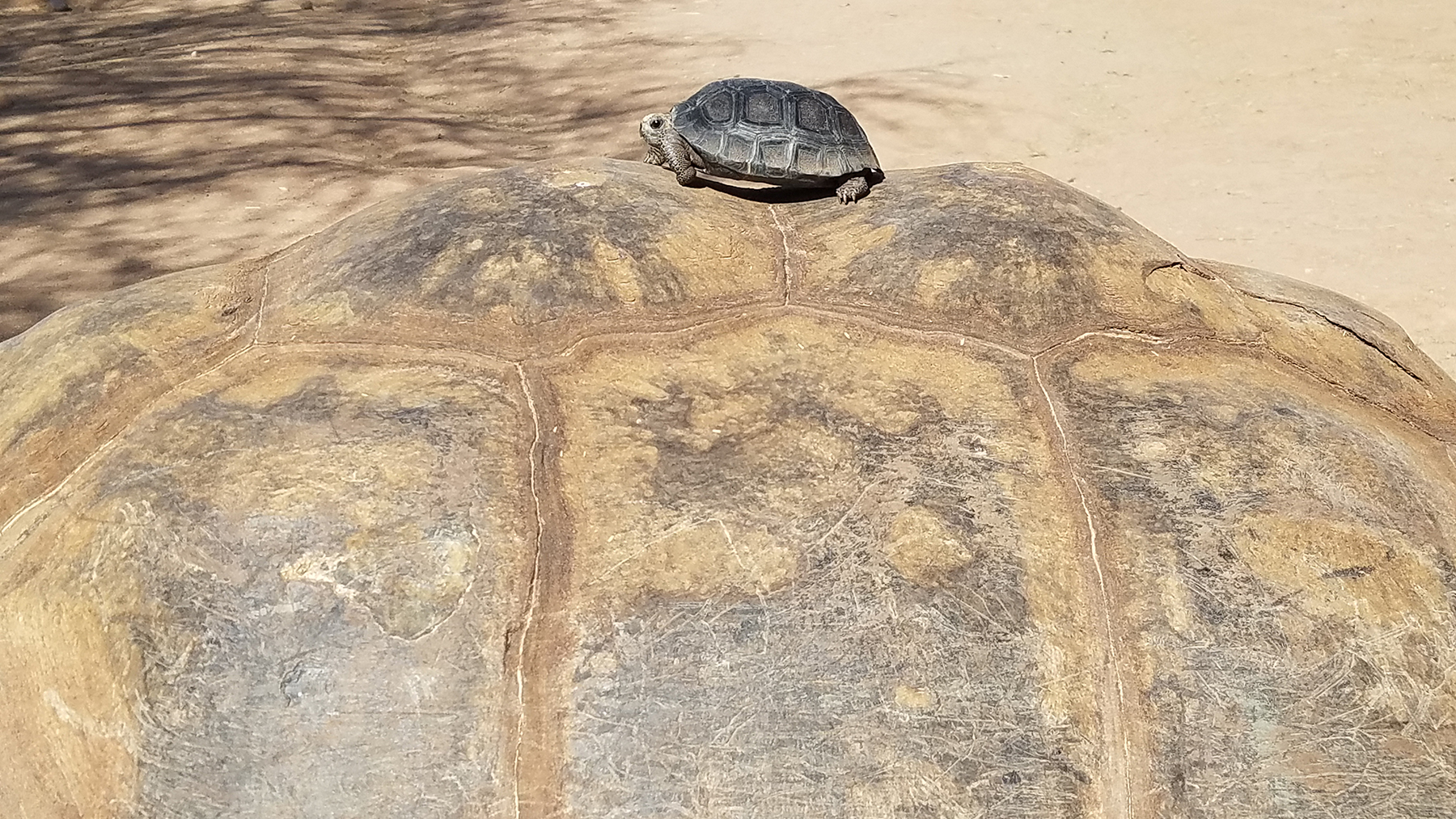