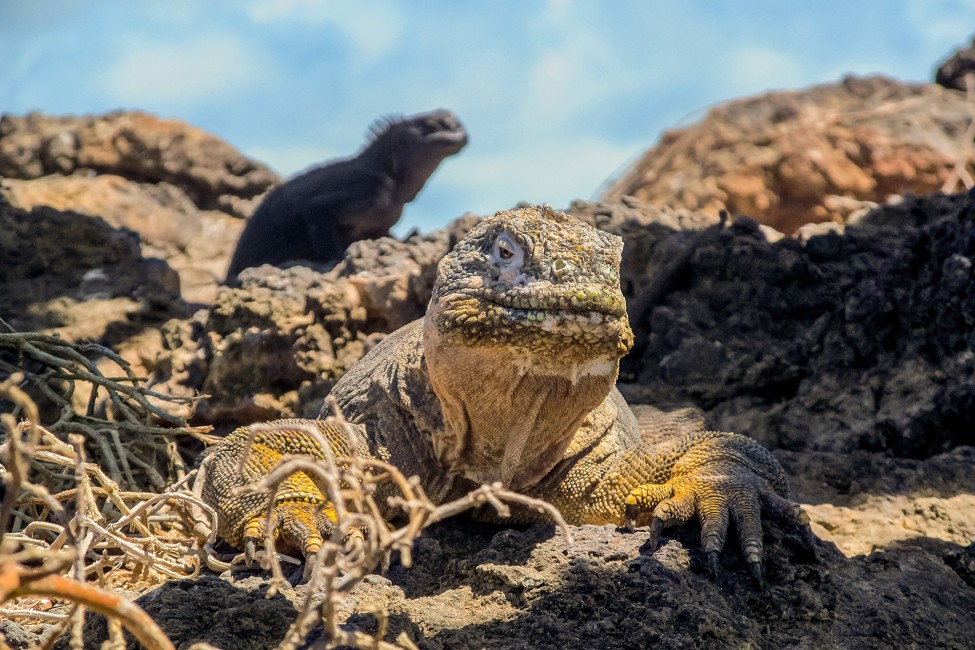 On the island of South Plaza in Galápagos, the sun is intense, and shade is a precious commodity. The animals that inhabit the island, such as the land iguanas, marine iguanas, sea lions, and lava lizards are well-adapted to life in the equatorial sun. All of the reptiles that live on this island rely on the sun’s heat for energy, being unable to produce their own body heat like their mammal counterparts.

However resilient they may be, the residents of South Plaza must occasionally find temporary reprieve in the few shadows available or risk overexposure. Seeing as there is very little shade to go around, several species can be found cohabitating, seemingly tolerating each others’ presence. The Opuntia cactus is the only vegetation that grows tall enough to provide this life-giving shade. It is also a primary food source for a large portion of the island’s herbivorous inhabitants.

This thermal balancing act, and the resilience of those who follow it, are primary determining factors for which species can colonize South Plaza and succeed for multiple generations. All of the land-based residents here are descendants of castaways who have managed to carve their own niche into the ecology of this island formed by volcanoes. What may seem inhospitable to most makes the perfect home for these species accustomed to a life in the shadows. 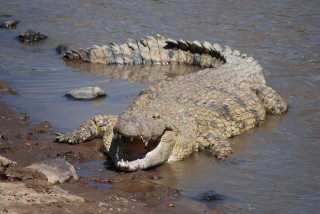 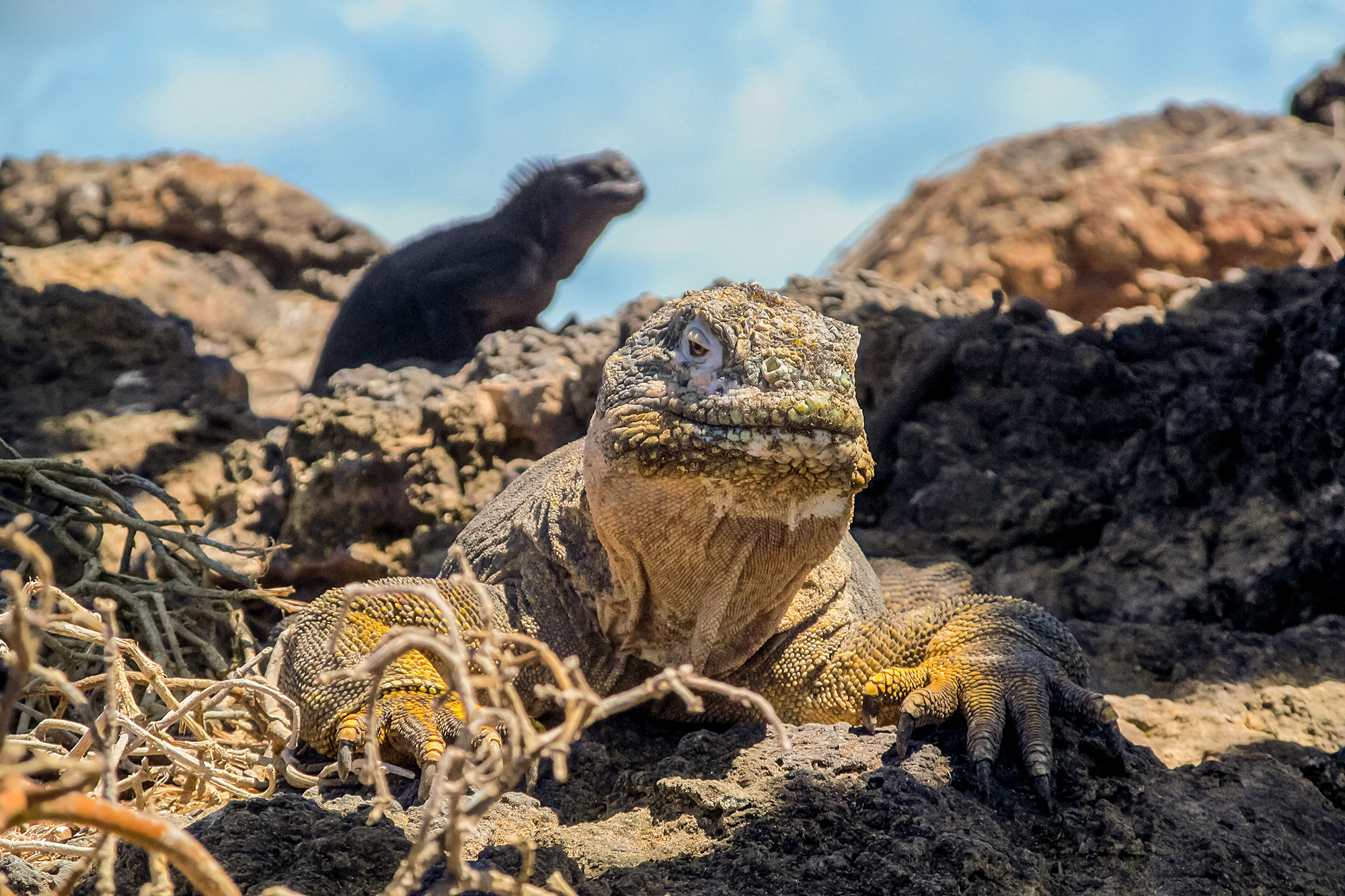