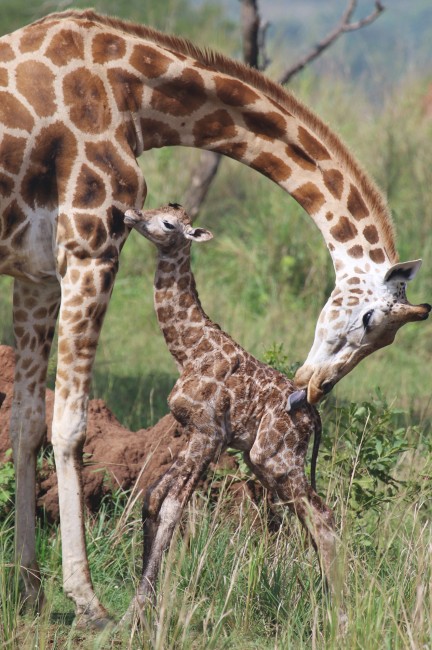 In the simplest terms, the science of population ecology concerns itself with how and why a group of animals (or plants, bacteria, etc.) changes in number over time. These changes occur – in their most distilled forms – through four relatively simple processes: births, deaths, immigration, and emigration. For large-bodied and long-lived animals like giraffe, these processes are very often difficult to directly monitor and are generally inferred.

The gestation period of a giraffe is over 14 months, and the odds of being present at the precise moment of birth are exceedingly small. Every so often, however, researchers get lucky and witness these miraculous occasions. Such was the case on our latest demographic survey of the endangered Rothschild’s giraffe in Murchison Falls National Park in Uganda. During these surveys, we drive the entire extent of the park and photograph every giraffe that we encounter so that we can identify them by their unique spot patterns in attempt to understand and conserve the population. On this particular day, we were deep in the central region of the park photographing a group of giraffe that frequents the open glades and surrounding dense woodland when we noticed a large female struggling to give birth to its 150 pound calf.

The process from the initial five foot drop into the world to the young giraffe’s first steps occurred in under an hour. It’s an incredible progression from birth to mobility meant to give the calf the greatest chance of surviving this vulnerable stage. This young giraffe has a challenging time ahead of him – mortality is typically highest for giraffes in their first year – but if he survives, we will be able to monitor him as he potentially grows another fourteen feet in height.

How were you able to discern the gender of the baby giraffe? Do you get that close? Thanks, amazing pictures! L 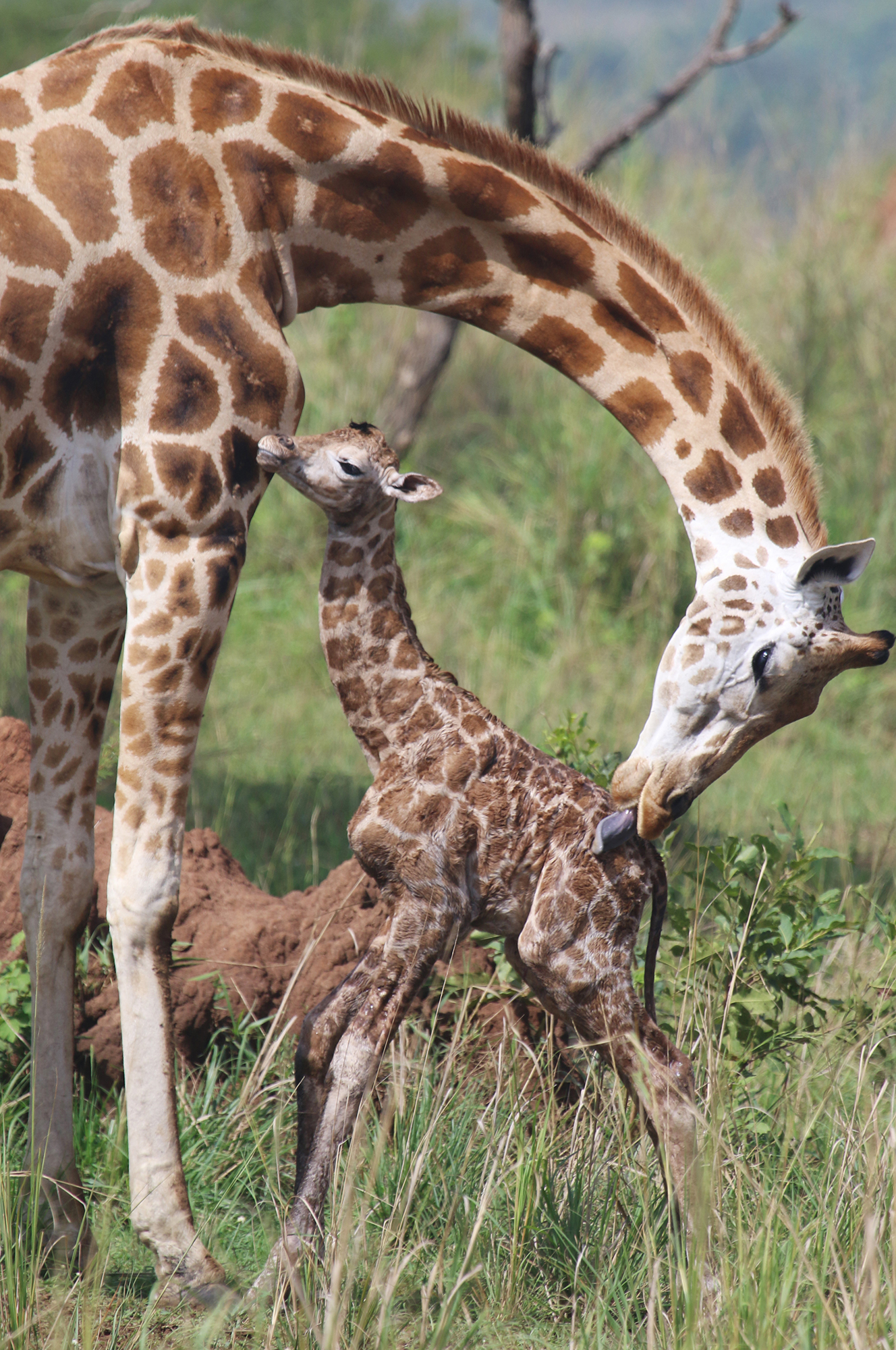