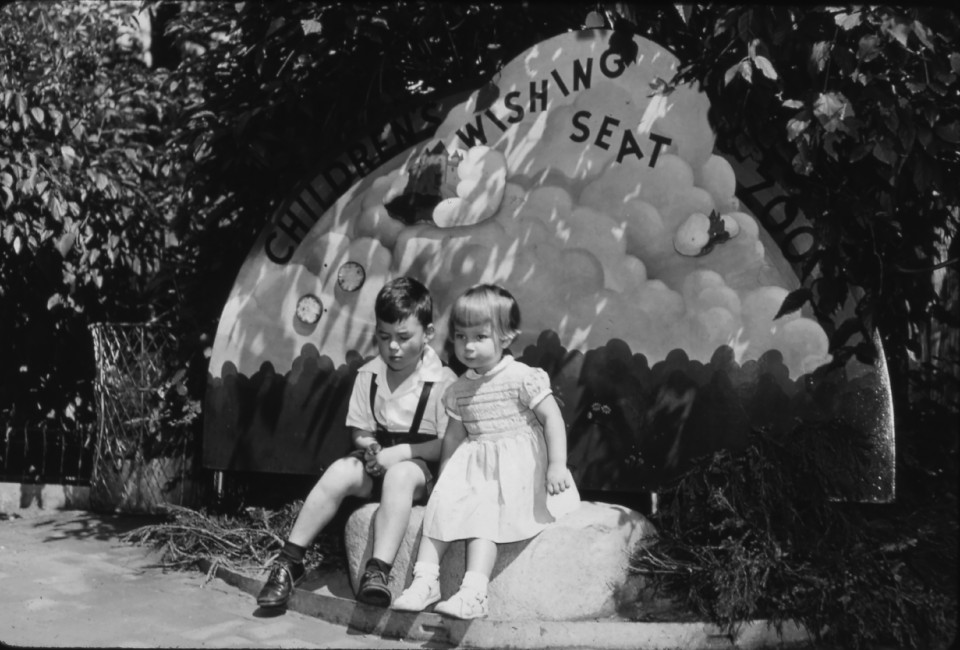 The Bronx Zoo’s Children’s Zoo opened in May 1941 (75 years ago this month), and many of its features have come and gone with the times.

I love seeing photos of children on the seat and imagining what they are wishing for. According to our records, this is a photo of Jonathan Scall and Gillian Lowes on August 9, 1948.

What do you think they are wishing for?

Is the Wishing Seat still there? I thought I caught a glimpse of it on the Animal Plant show ‘The Zoo’, and that reminded me that I have a picture of myself and a friend sitting there. Just wondering…

That’s a nice memory from the Bronx Zoo.

It seems that the Wishing Seat has been gone from the Children’s Zoo for over 40 years. There are new features to enjoy these days. Hope you stop by and see them this summer!

I have a photo from 65/66 vintage of my brother, cousin and me sitting there! My brother found this blog via Google confirming my insistence it was a Bronx Zoo visit. Thanks! 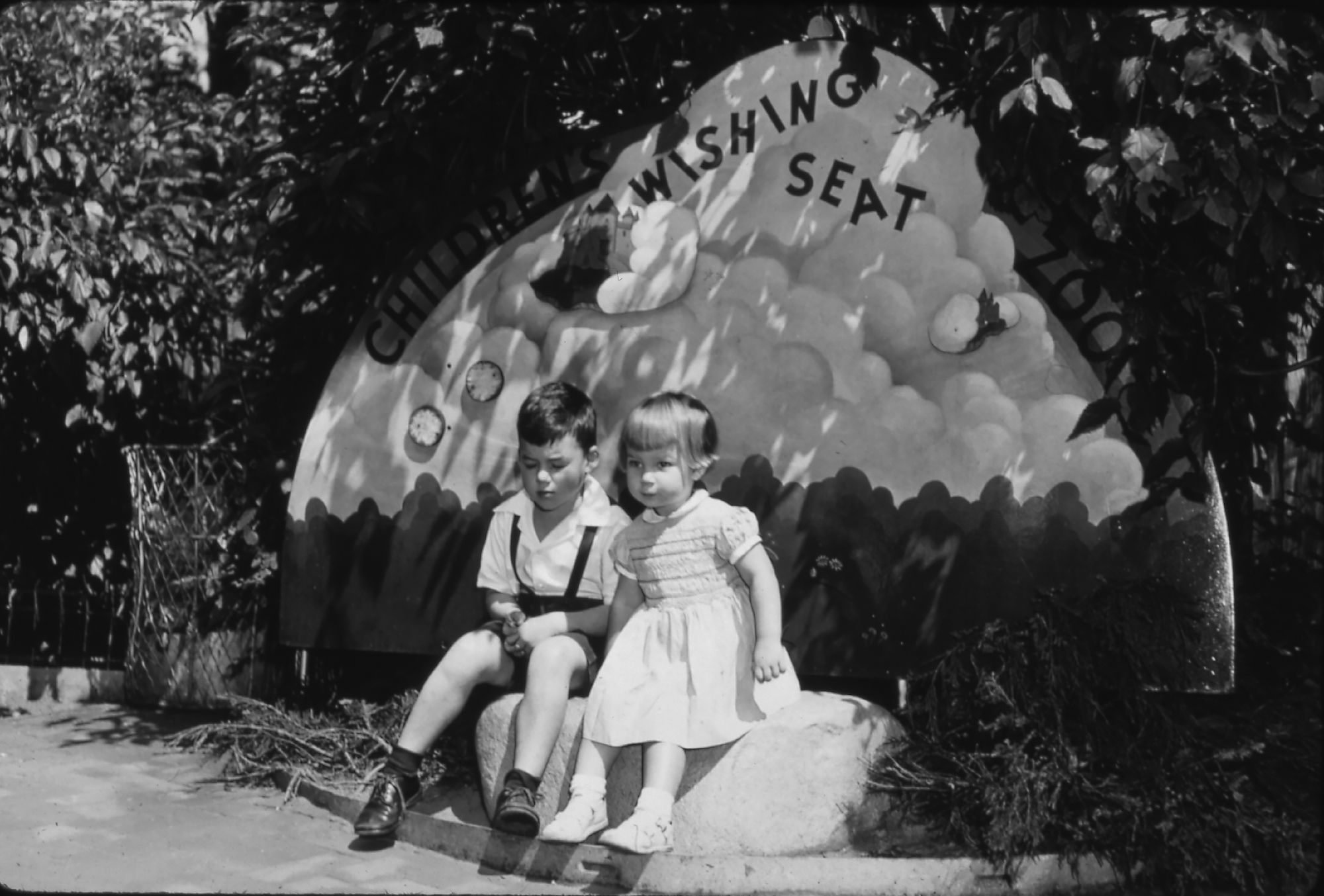