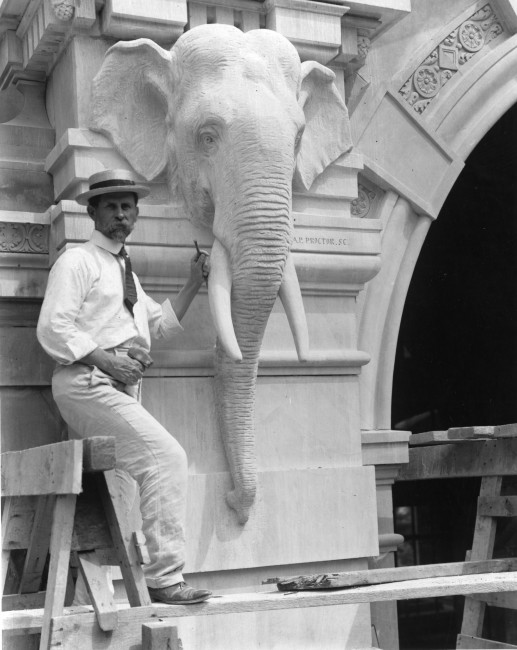 Sculptor Alexander Phimister Proctor (who was born 155 years ago this year) carved many of the famous animal friezes on the Beaux-Arts buildings of the Bronx Zoo’s Astor Court, including this one at the Elephant House, shown here in September 1908.

The year before, a competition among sculptors for the decoration of the new Elephant House ended in a dead heat between Proctor and the well-known wildlife artist Charles R. Knight, so the New York Zoological Society (now Wildlife Conservation Society) assigned Proctor the sculpture (an Asian elephant) on the south side, and Knight the one (an African elephant) on the north.

If you’ve been to the Bronx Zoo, have you ever noticed the difference? 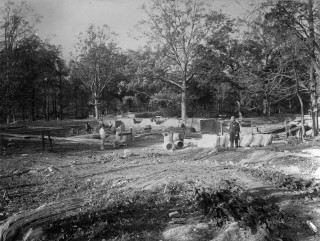 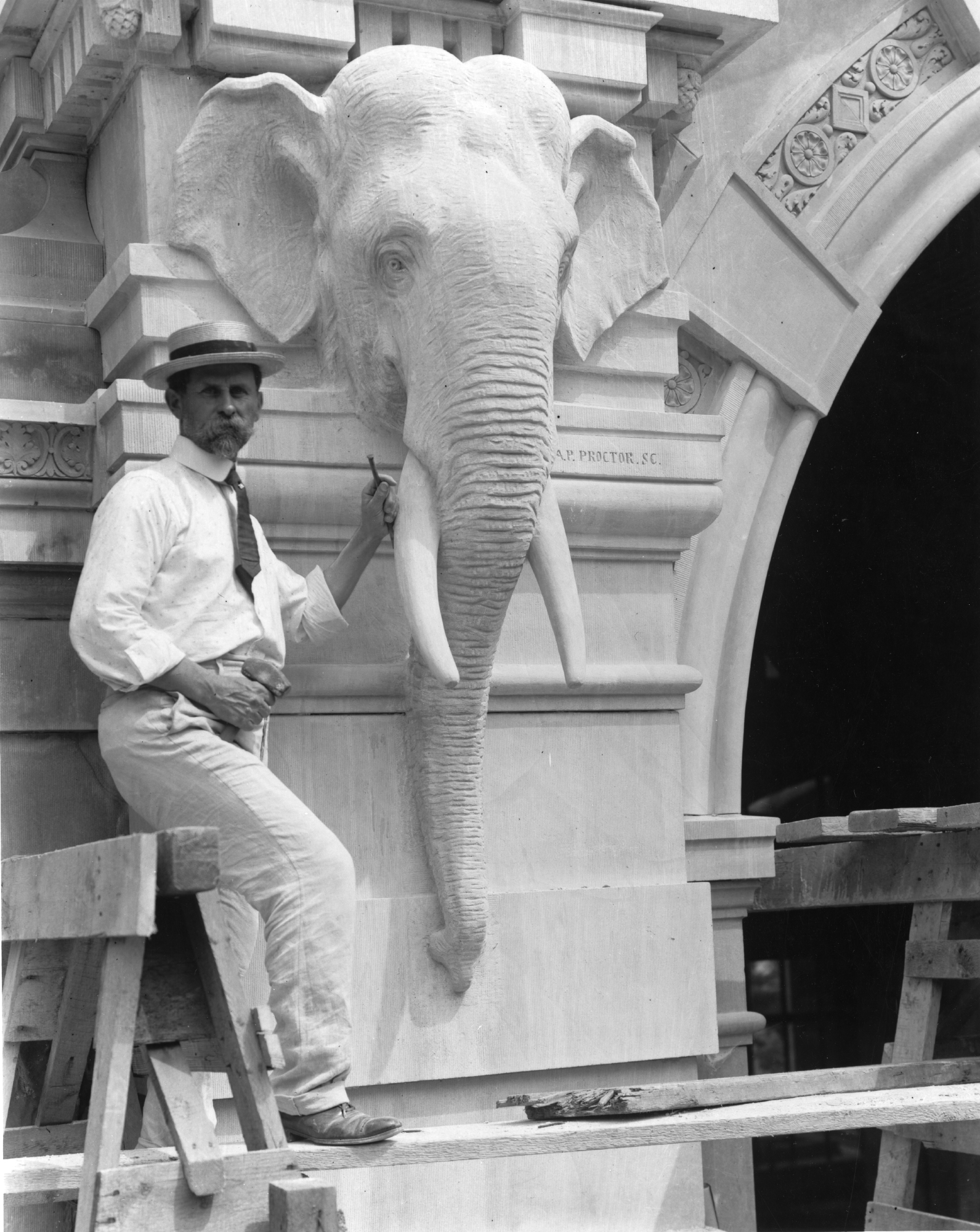