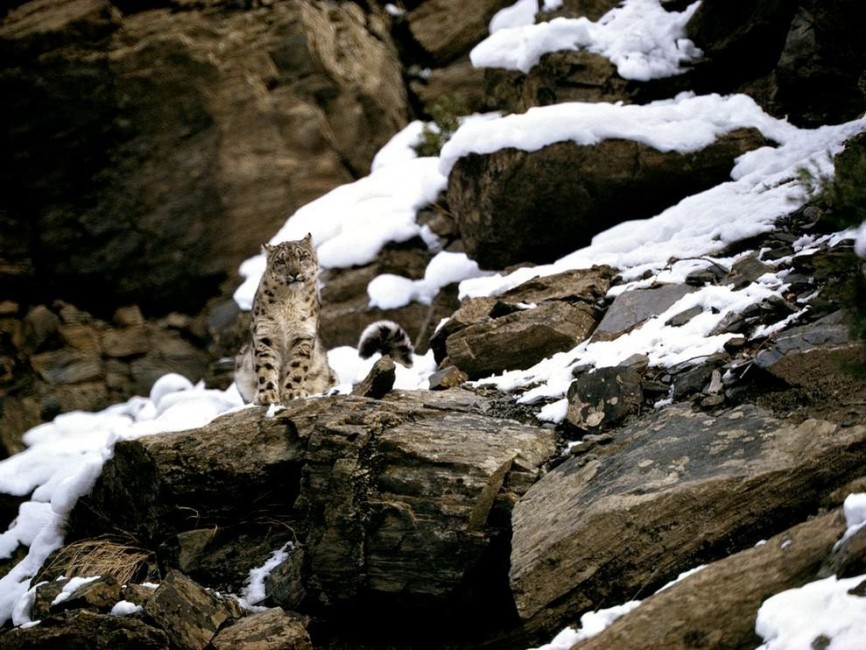 I spotted the snow leopard on a rocky slope high in the Hindu Kush mountains of northern Pakistan on a December day in 1970. She had a kill, a domestic goat, and at the entrance to a rock cleft nearby were her two small cubs.

Slowly I climbed toward her. She glided uphill, a fleeting grey shadow, and ducked behind a boulder, only the top of her head visible as she watched me with pale eyes. I sat down near and below her, and soon she resumed her meal.

Toward dusk, snow began to swirl around us. I unrolled my sleeping bag, and remained there during the long, bitter night, the snow leopard and I bound to each other by the darkness, but this mountain realm belonging wholly to her, this phantom cat, so seldom glimpsed. I descended with daylight, hungry and cold yet elated beyond measure.

Since then, I have dedicated myself to helping snow leopards endure in several of the twelve countries where they occur, from Tajikistan and Mongolia to China, where I join my local colleagues annually on the Tibetan Plateau.

What a wonderful privilege it must have been to witness this! A domestic goat, though? I was under the impression that Snow Leopard prey on wild mountain goats. Where would this one have scored a domestic goat?

Editor’s Note: While snow leopards mostly prey on wild goats and sheep (ibex, markhor, argali, urial, and blue sheep,) they will occasionally take domestic goats or sheep from local shepherds who share these mountains. WCS is working to limit this sort of conflict, including helping to design and build predator-proof corrals to keep domestic livestock safe from predation. 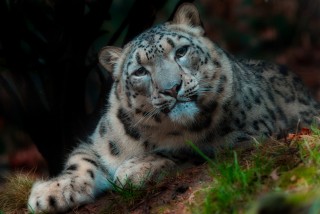 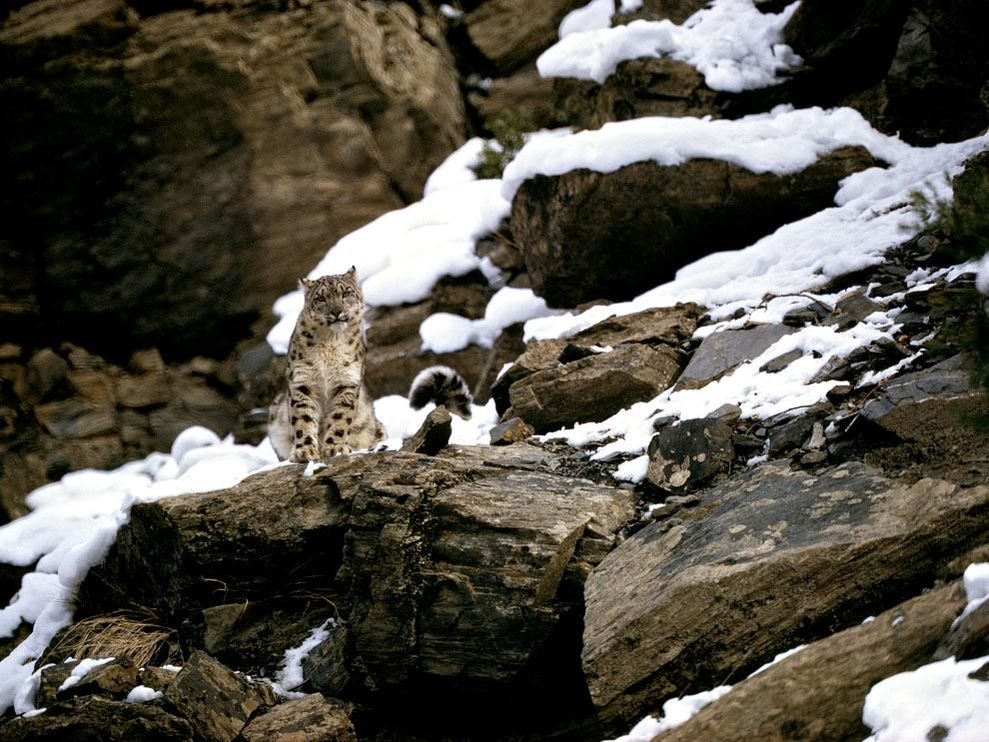