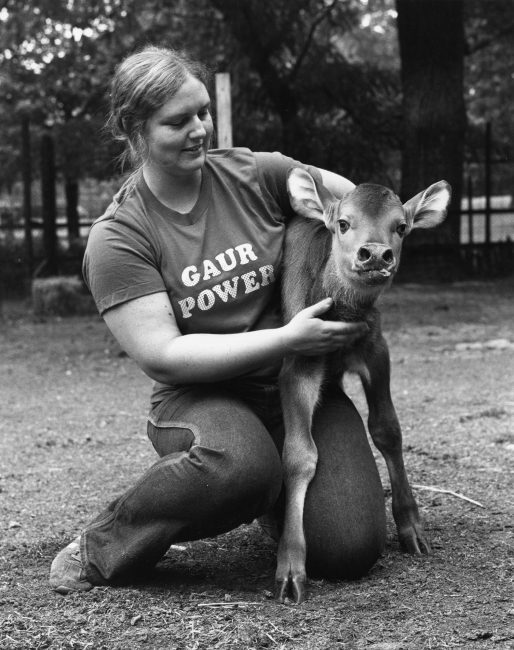 Janet Stover joined the Wildlife Conservation Society as its second veterinary resident in 1979, a time when there were few women in the veterinary profession. (In fact, WCS’s first veterinary resident was also a woman, Elizabeth Russo). A graduate of the University of Pennsylvania’s School of Veterinary Medicine, Stover arrived at WCS having completed postgraduate training in pathology, a residency in reproductive physiology, and a stint in veterinary medicine at the Philadelphia Zoo.

During her time with WCS, Stover made groundbreaking developments in captive species propagation aimed at safeguarding wildlife against extinction. As head of WCS’s new Reproductive Studies Unit in the early 1980s, Stover developed techniques for breeding threatened and endangered species. Her work resulted in the first successful use of a domestic animal as a surrogate mother for an endangered species when, in 1981, a Holstein cow gave birth at WCS’s Bronx Zoo to a gaur, Bos gaurus, (above with Stover). Later that year, she was invited by then-WCS Animal Research and Conservation Center Director George Schaller to travel to China’s Wolong Nature Reserve to take part in the first modern giant panda field study. Stover worked with Schaller, WCS Chief Veterinarian Emil Dolensek, and Chinese researchers to understand the reclusive panda’s reproductive behavior and to develop captive propagation methods to help save the threatened species. Later research by Stover and Associate Ornithology Curator Christine Sheppard widened the possibilities of breeding for cranes.

Helen Martini and Her Zoo Family 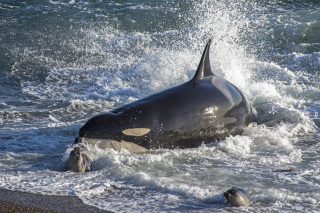 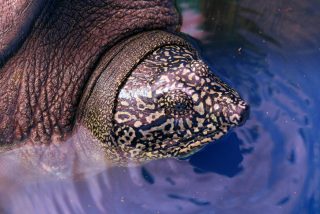 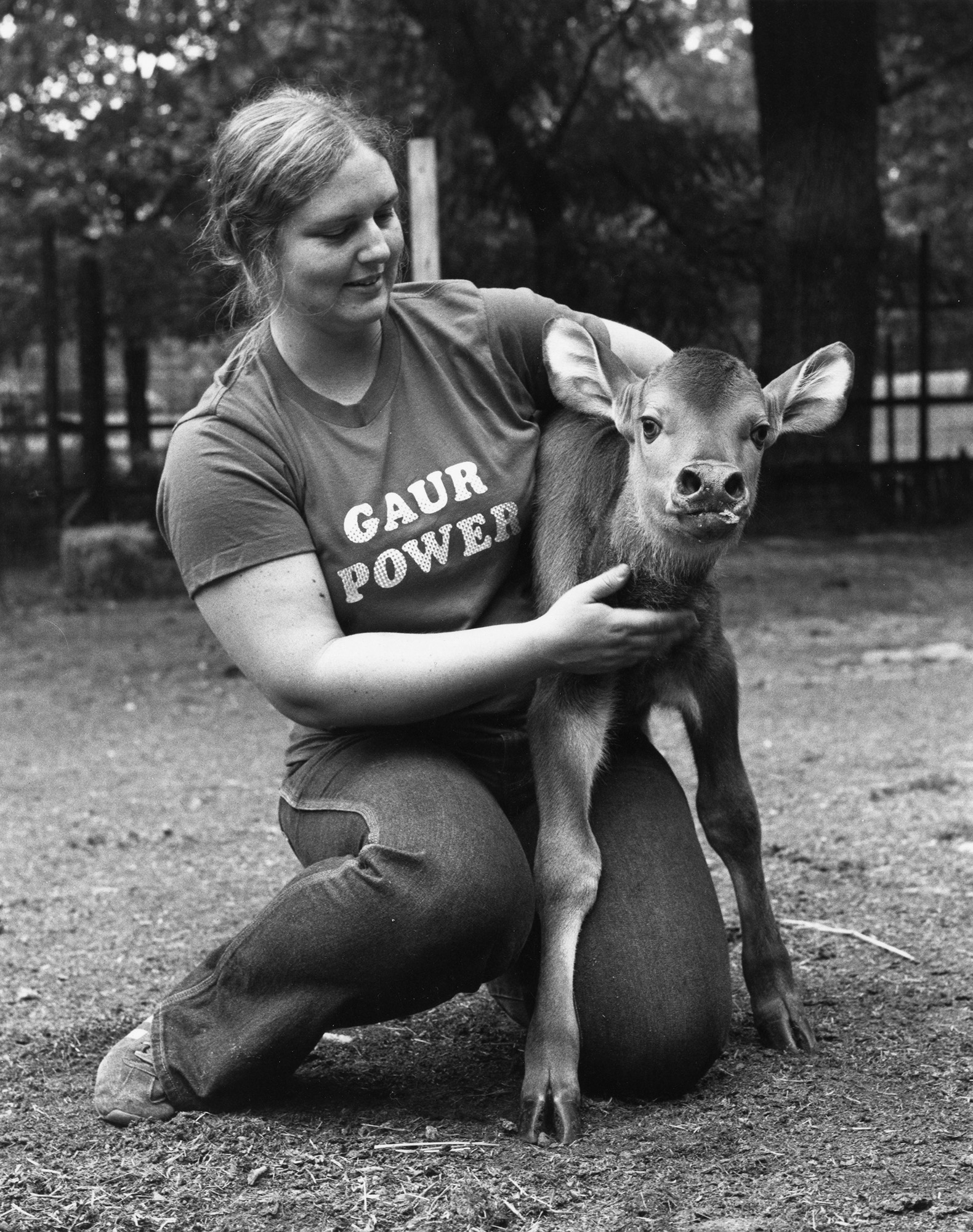