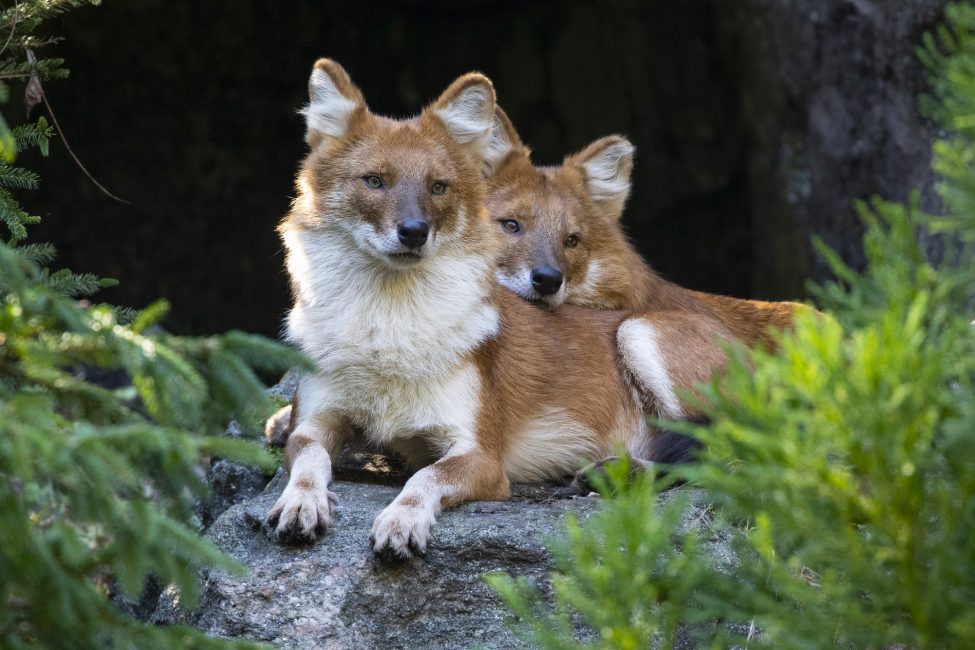 A Moment to Relax

At first, the dholes, (Cuon alpinus), were perpetually in motion, pausing only briefly, but they eventually settled down long enough to allow me to take this relaxed portrait of them together at the Wildlife Conservation Society’s Bronx Zoo Himalayan Highlands.

When taking photos of animals like dholes at the zoo, I always try to capture images of them in a position that is natural. I usually limit myself to one or two species for the day and spend as much time as necessary to get good shots, sometimes waiting several hours for just the right moment. I don’t really mind though, because I know it would take far longer to be successful in the wild.

EDITOR’S NOTE: Dholes are a species of Asiatic wild dog. They are classified as Endangered by the IUCN Red List of Threaten Species. Dhole numbers in the wild are decreasing due to human activities, including land development resulting in habitat loss, hunting, and diseases from domestic dogs. Among the efforts to protect them, WCS scientists in India, Myanmar, Thailand, Laos, Cambodia, Malaysia, and Indonesia have helped identify where dholes need better protection by studying prey species.

Your photo touched me. 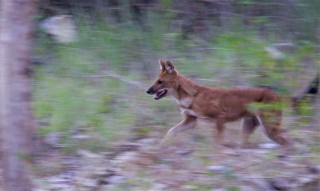 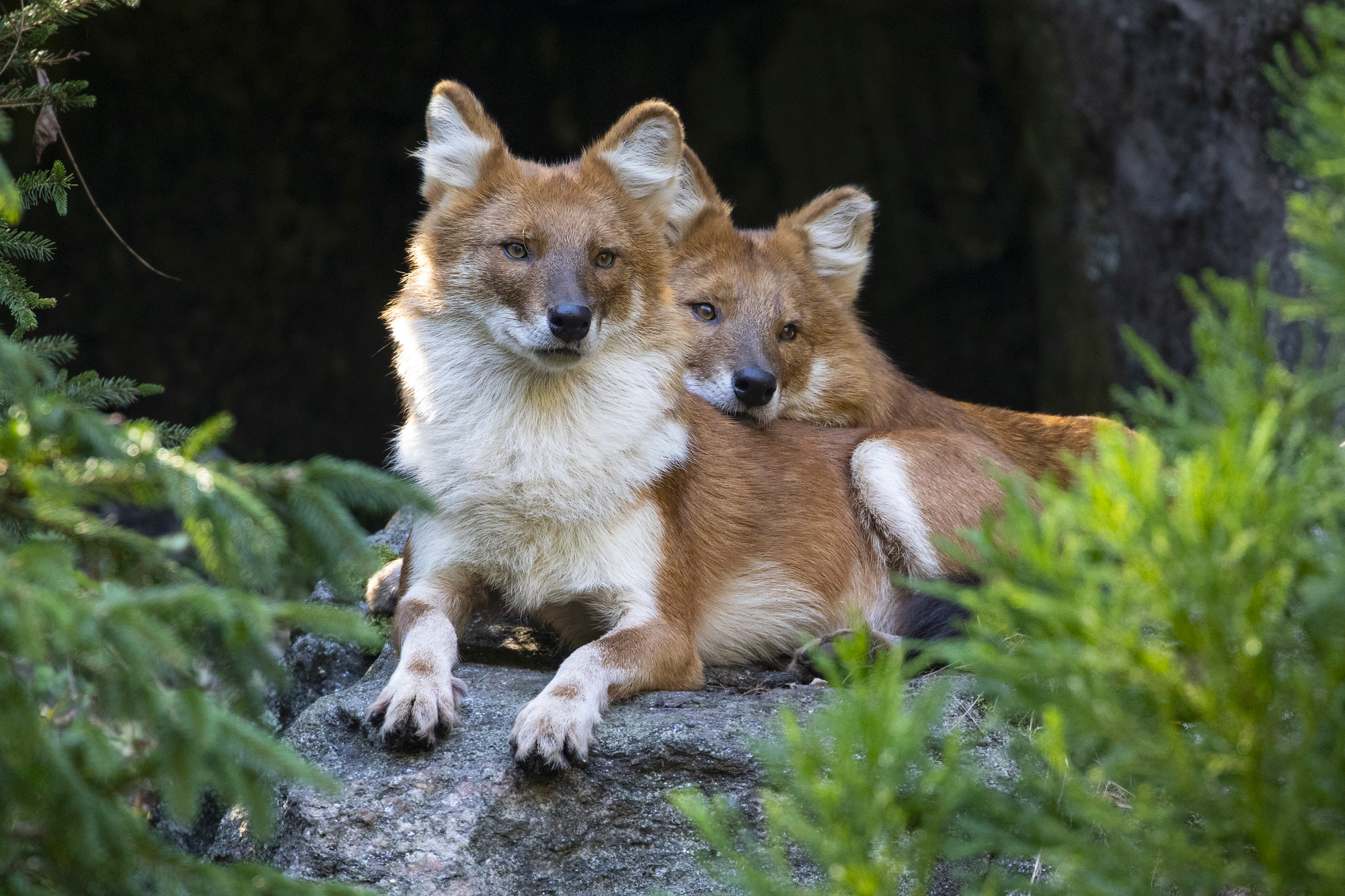