The Value of Vultures

Vultures may not be the most glamorous of birds, but they are hugely important for human and ecosystem health. They play a vital role in preventing the spread of disease, regulating scavenger populations, and spreading nutrients across landscapes. Vultures can travel over 124 miles (about 200 km) a day looking for carrion to eat. Once a carcass is found, vultures dispose of it quickly and efficiently. They have very acidic stomachs that digest diseases such as anthrax, tuberculosis, and rabies, thus helping prevent diseases from spreading to humans and other animals. Vultures also reduce the amount of food available for other scavengers such as flies, rodents, and stray dogs, keeping their populations in check.

In recent years, vultures have been the most rapidly declining group of birds in the world. This includes a severe reduction in population numbers across Africa. The main reason for this decline in East Africa is poisoning in retaliation for livestock predation when pastoralists graze their animals in carnivore habitat – particularly lion and hyena. One poisoned carcass intended to kill a lion, for example, often kills up to 100 vultures that feed on the free meal. This inevitably has a drastic effect on vulture populations across a wide area.

To address this situation, WCS Tanzania, in collaboration with North Carolina Zoo and Tanzania National Parks (TANAPA), has been monitoring vultures with surveys and satellite tagging since 2013. This work has provided crucial data on vulture populations, distribution, and behavior, underpinning landscape-wide conservation and environmental education.

This poster was created as part of this work. Print resolution copies are available in English and Kiswahili from smarkes@wcs.org

EDITOR’S NOTE: This is part of a regular series of Wild View posts featuring environment and conservation awareness materials created by Sarah Markes and Tim Davenport.

I love Vultures! They are considered the “Clean Up Crew!” There would be disease and death if not for them.

If I remember, world Vulture Day is September 1st? 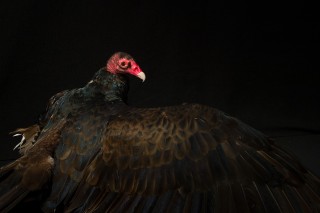 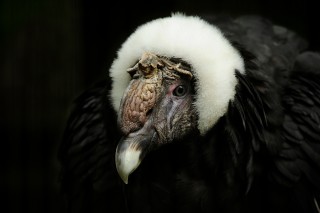 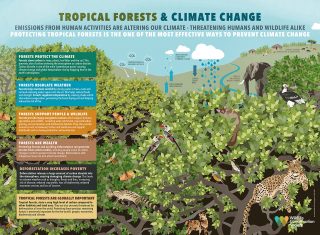