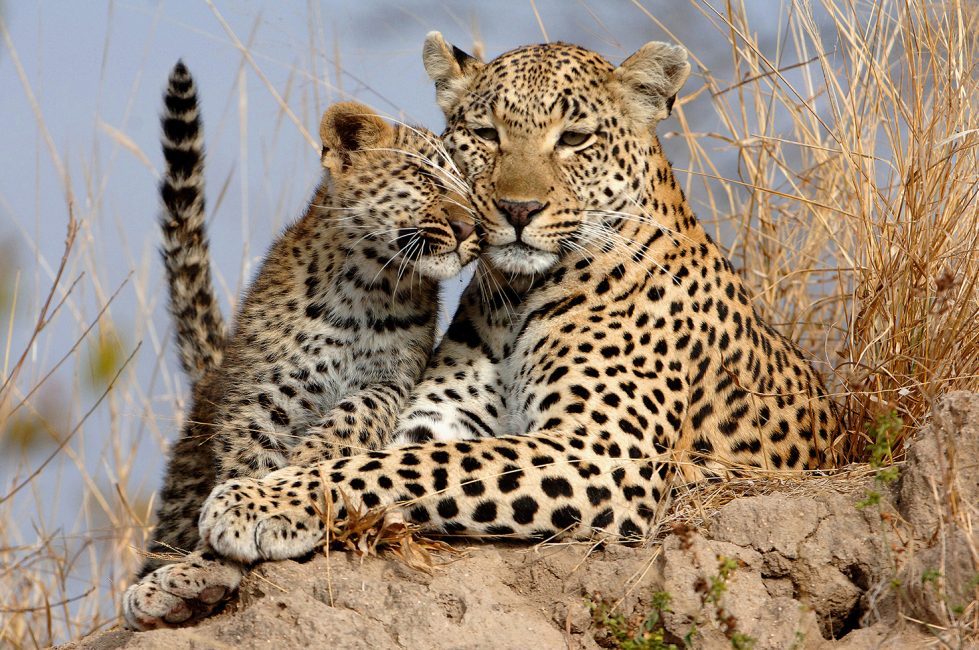 Leopards (Panthera pardus) are considered by many to be pound for pound the most athletic of big cats. These cats are able to bring prey that sometimes weighs more than they do up into trees to prevent it from being taken by other predators. Though leopards are considered the most elusive of Africa’s “Big Five” (elephants, lions, buffalo, rhinos, leopards), they are the most adaptable and distributed of Africa’s big cats. I have actually seen one crossing a street just outside of Nairobi. Leopards are the best tree climbers of all of the Panthera cats and are often spotted lounging on a high horizontal branch where they can get a get a good overview of their surroundings while staying safe from lions and hyenas.

I had observed this female leopard kill a steenbok and then carry it to the base of a large termite mound surrounded by thick brush. She then climbed to the top of the mound leaving the kill at the base in the tall grass. I suspected she may have left it for cubs so I waited to see if any would expose themselves. After about an hour, I heard some rustling, and then all of the sudden, this cub emerged, apparently to say thank you for breakfast.

EDITOR’S NOTE: This photo was chosen as the top submission for Wild View’s Snap! Animal Pairs. Congratulations! Enter our new assignment Let Your Creativity Fly, a tribute to birds of the season.

A beautiful and amazing photo!! 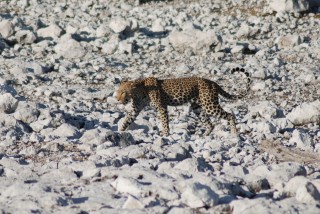 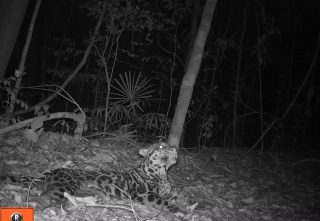 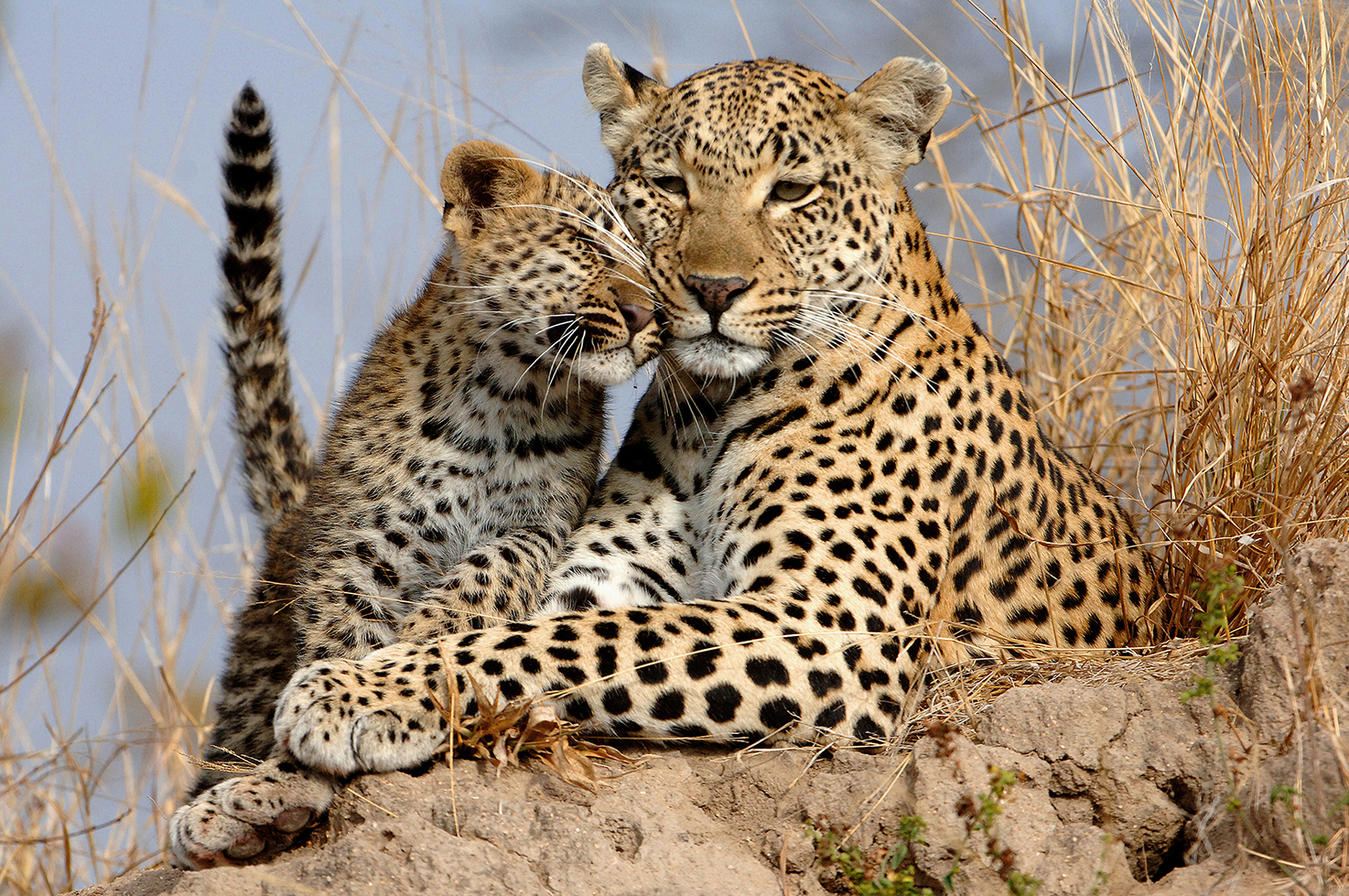