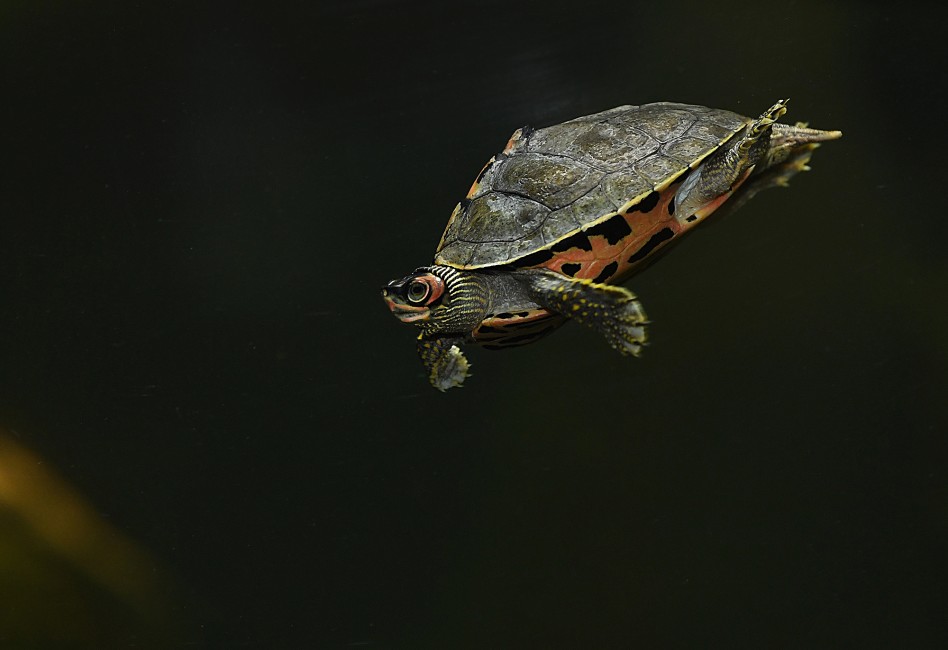 The Northern Indian subcontinent is one of the world’s top three regions for turtle species diversity. There are 27 species of freshwater turtles in India alone. All of India’s turtles are considered protected and no trade is allowed without special permits. However, there is an ever-growing illegal trade. In 2016, USFWS agents in New York confiscated, and donated to WCS’s Bronx Zoo, a large shipment of turtles destined for the black market. Among those were a group Indian roofed turtle (Pangshura tecta) hatchlings.

In 1996, while browsing at a natural history bookstore, I came across a small booklet that immediately caught my eye titled Freshwater Turtles, A Coloring Book for Children. The cover illustration was a photograph of a beautiful roofed turtle. The book was by Professor Indraneil Das, Institute of Biodiversity and Environmental Conservation, University of Malaysia. He was both the author and illustrator. In it are 11 pen and ink drawings of Asian turtle species. Each of these has an accompanying page with information on how to recognize it, where it is found, how it lives, why it is endangered, and how to color it. The last page explains what the reader can do to help. Professor Das understood that in order to effect turtle conservation we must instill purpose and desire to do so in the younger generations.

I purchased the book but never colored it. There is still time. I can see for myself the right colors to use. The Indian roofed turtles have grown and are now on exhibit at the zoo’s World of Reptiles (above). 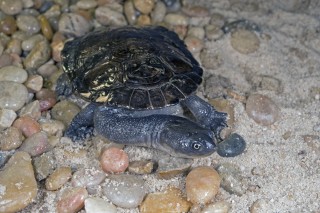 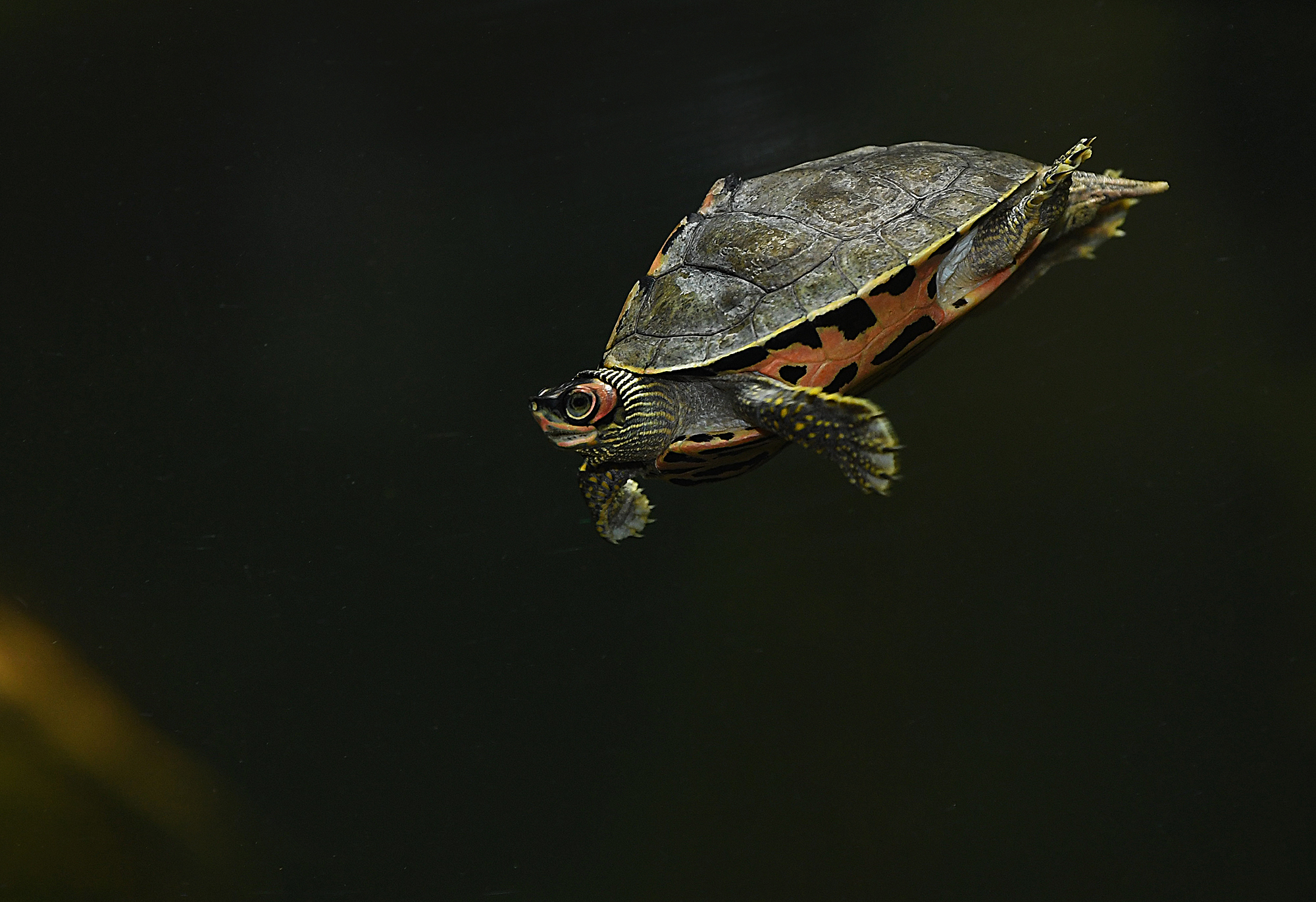