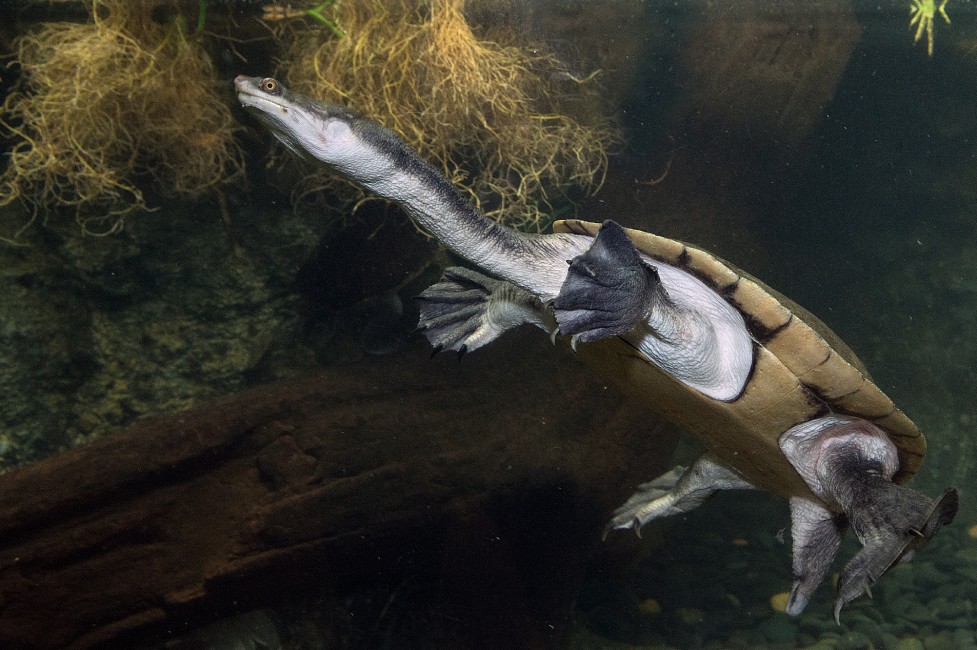 The order Testudines has approximately 341 species of turtles and tortoises. This unique and ancient lineage began 330 million years ago. Within this order, there are two suborders – the “hidden-necked turtles” and the “side-necked turtles.”

In the US, the turtles most people are familiar with are the “hidden-necked turtles,” which comprise 250 species including box turtles, snapping turtles, sea turtles, and desert tortoises.

The “side-necked turtles” are so-called because they cannot retract their necks inside their shells, instead, they fold them along their sides. This group of 91 turtles contains some very strange-looking examples such as the 17 species of snake-necked turtles. Most of these are Australian with a few Asian and South American species. All have very long necks, and in some, their neck length exceeds their shell length.

At the Wildlife Conservation Society’s Bronx Zoo World of Reptiles, visitors can see one of the most extreme examples of side-necked group, the broad-shelled snake-neck turtle Chelodina expansa. These turtles use their agile, long necks and quick jaws to capture their prey like fish and small freshwater shrimp.

In the Bronx Zoo’s JungleWorld mangrove exhibit, we display a smaller species, the Roti Island snake-necked turtle C. mccordi. This species is now critically endangered and on the list of the 20 most endangered turtles in the world. We hope to establish a program to return them to the wild in the future.

Stop by the Bronx Zoo and see both of these wonderful and strange-looking turtles. 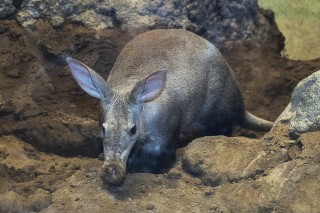 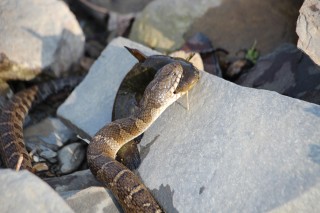 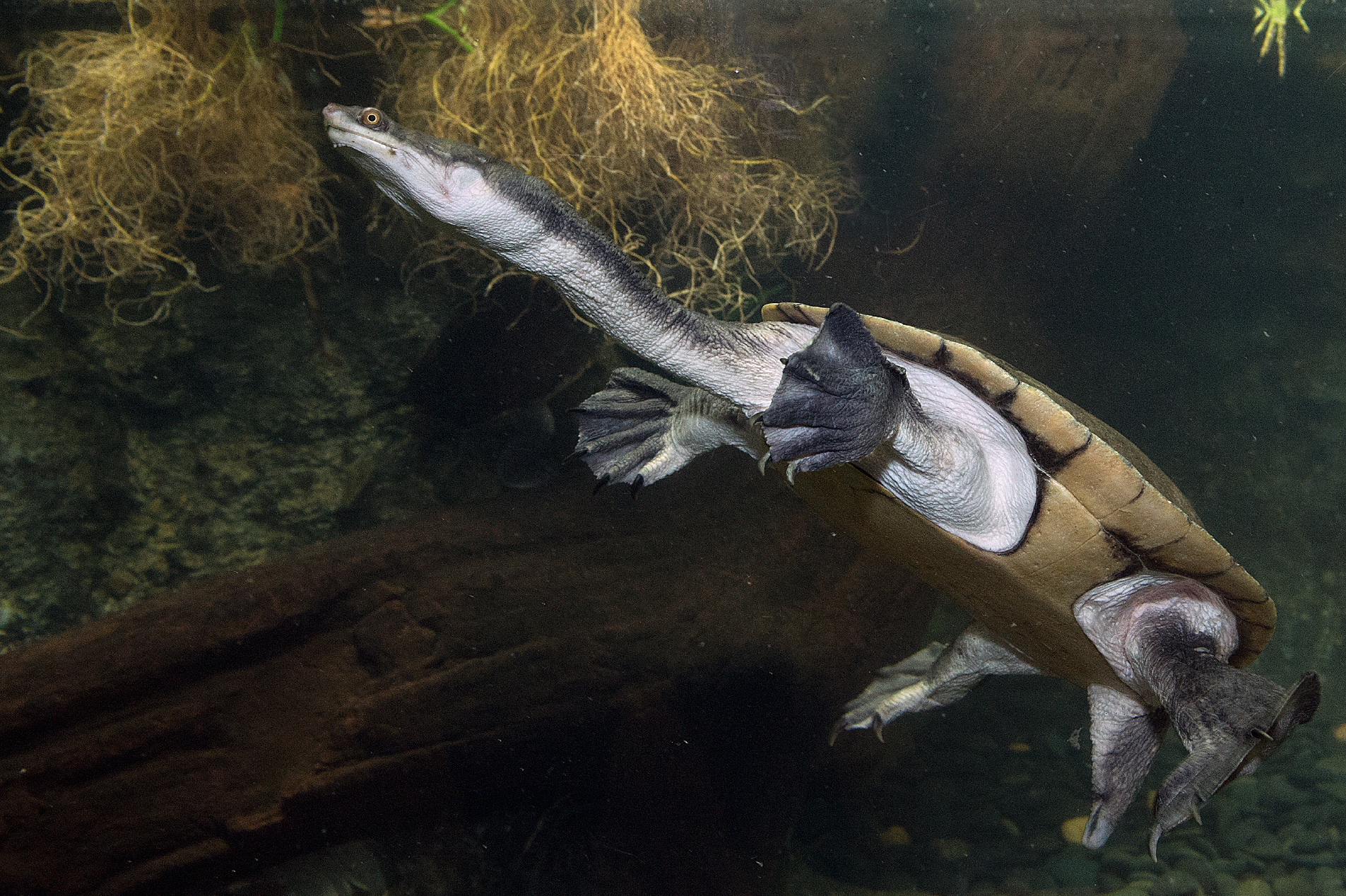