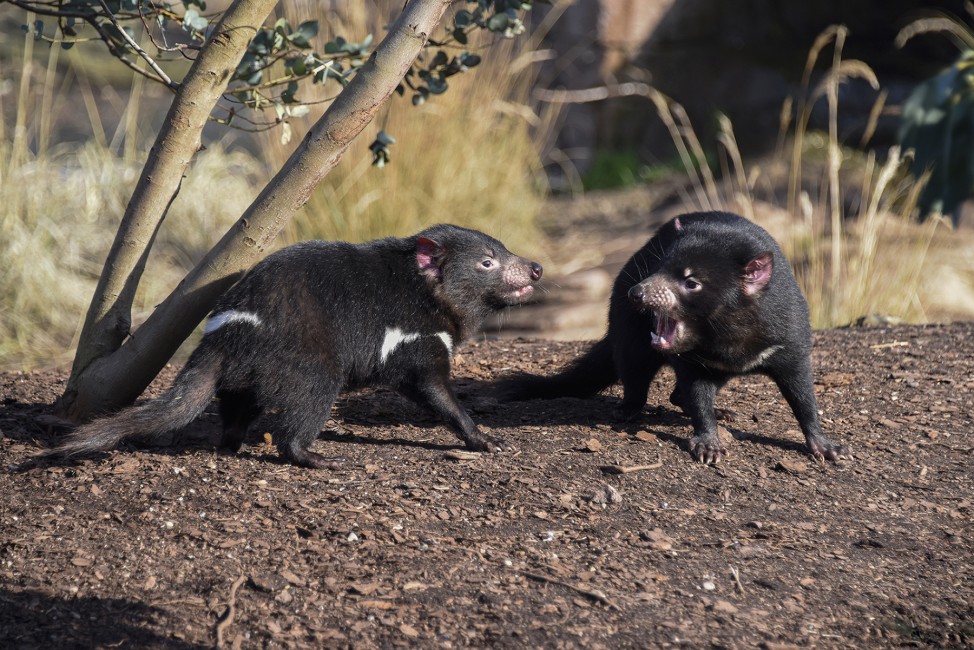 Famous for their prickly personality, Tasmanian devils (Sarcophilus harrisii) are known to snarl, fight, growl, and eat any animal, dead or alive.

Pound for pound, devils have the most powerful bite of any mammal. Weighing in at about 30 lbs, they can devour up to 40% of their body weight each day, according to the Tasmanian government’s Save the Tasmanian Devil Program.

When I see these meat-eating marsupials at the Copenhagen Zoo in Denmark, the devils’ appearance doesn’t exactly match their reputation. They are short and squat with dark, glossy fur ribboned in white. Their fiery pink ears stand out from their broad heads. On the whole, they look more like little Pepé Le Pews than the ferocious cartoon character that bears their name.

Though they have many interesting traits to help them survive in nature, IUCN Red List of Threatened Species reports that Tasmanian devils are Endangered. A fatal condition characterized by cancerous facial tumors has caused their numbers to decline by over 80% since the mid-1990s notes the Copenhagen Zoo. And many others are struck by cars while feeding on carrion and become roadkill themselves.

Programs are in place to build awareness and help conserve this Tasmanian treasure. Scientists recently discovered that injecting infected devils with tumor cells supercharged the devil’s immune system, allowing them to fight off the cancer according to Scientific Reports. The researchers are optimistic the discovery will lead to a vaccine. 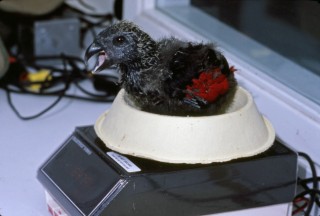 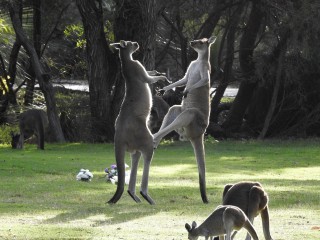 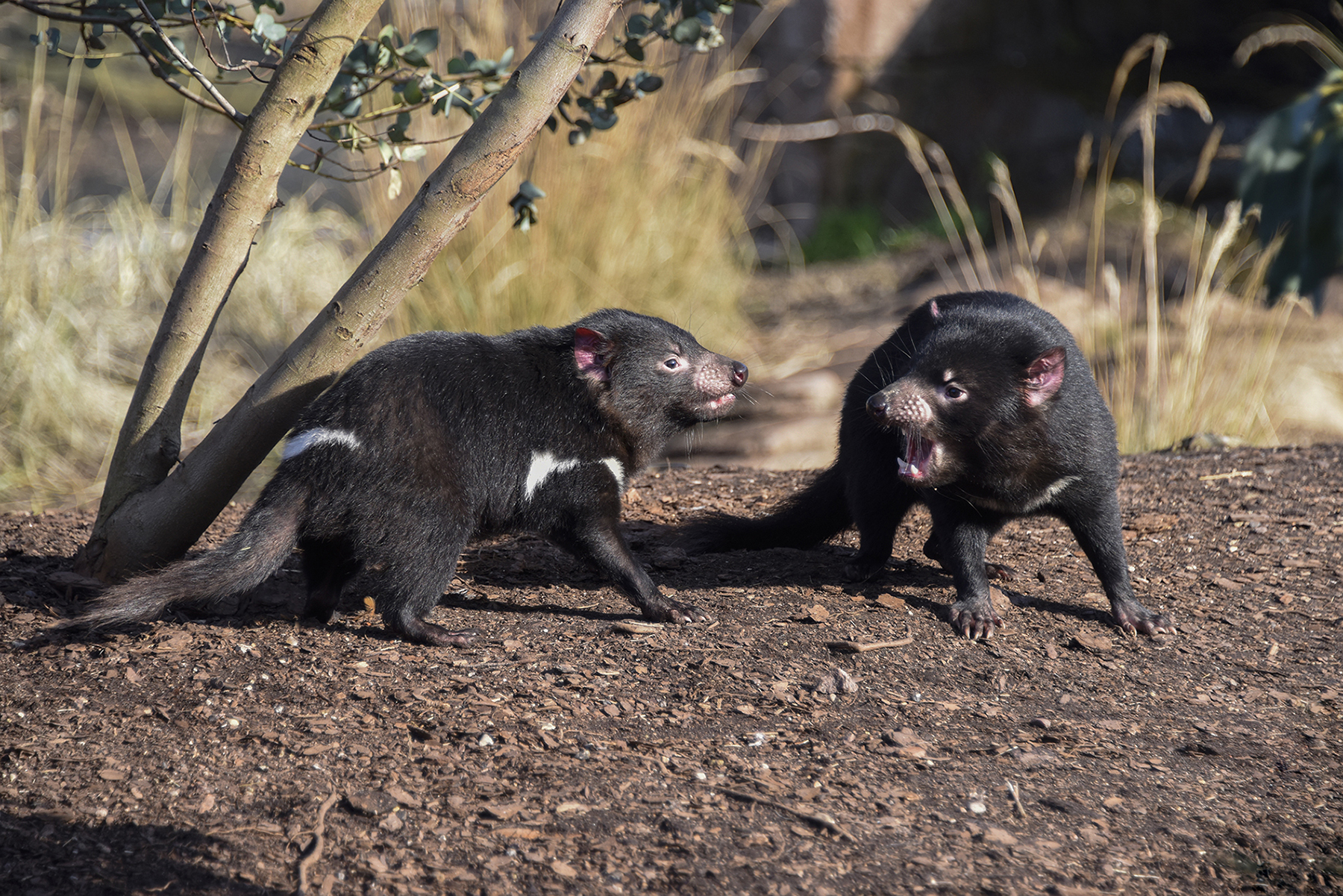