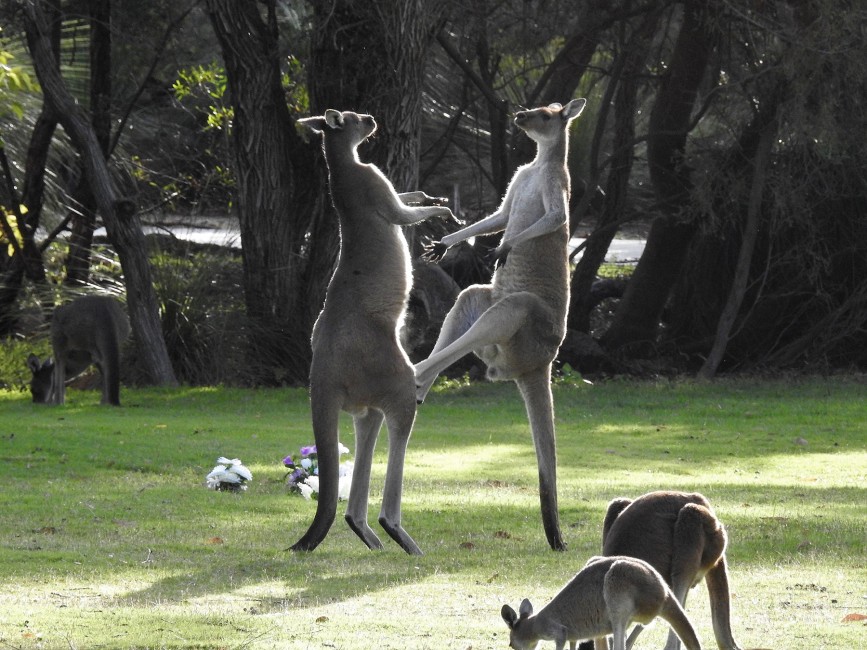 Most Australian mammals are marsupials, and one of their characteristics is that the females carry babies in their pouch. Macropods (kangaroos, wallabies, wallaroos, pademelons, and quokkas) are the most common Australian marsupials.

A mature male western grey kangaroo (Macropus fuliginosus) is a large, strong animal, with males up to twice as big as females. They are common throughout western and southern Australia and live in groups called “mobs”. Males, also called bucks, boomers, jacks, or old men, compete with each other for dominance; with one of the dominant male’s perks being breeding rights. During these dominance battles or “boxing matches”, they grab and kick each other and can completely support their body weight on their tails to kick more effectively at their opponent’s abdomen. Matches end when the loser retreats from battle. Fortunately, these matches don’t usually result in injuries and help maintain the mob’s social hierarchy. 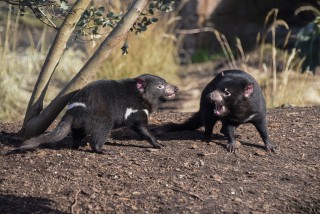 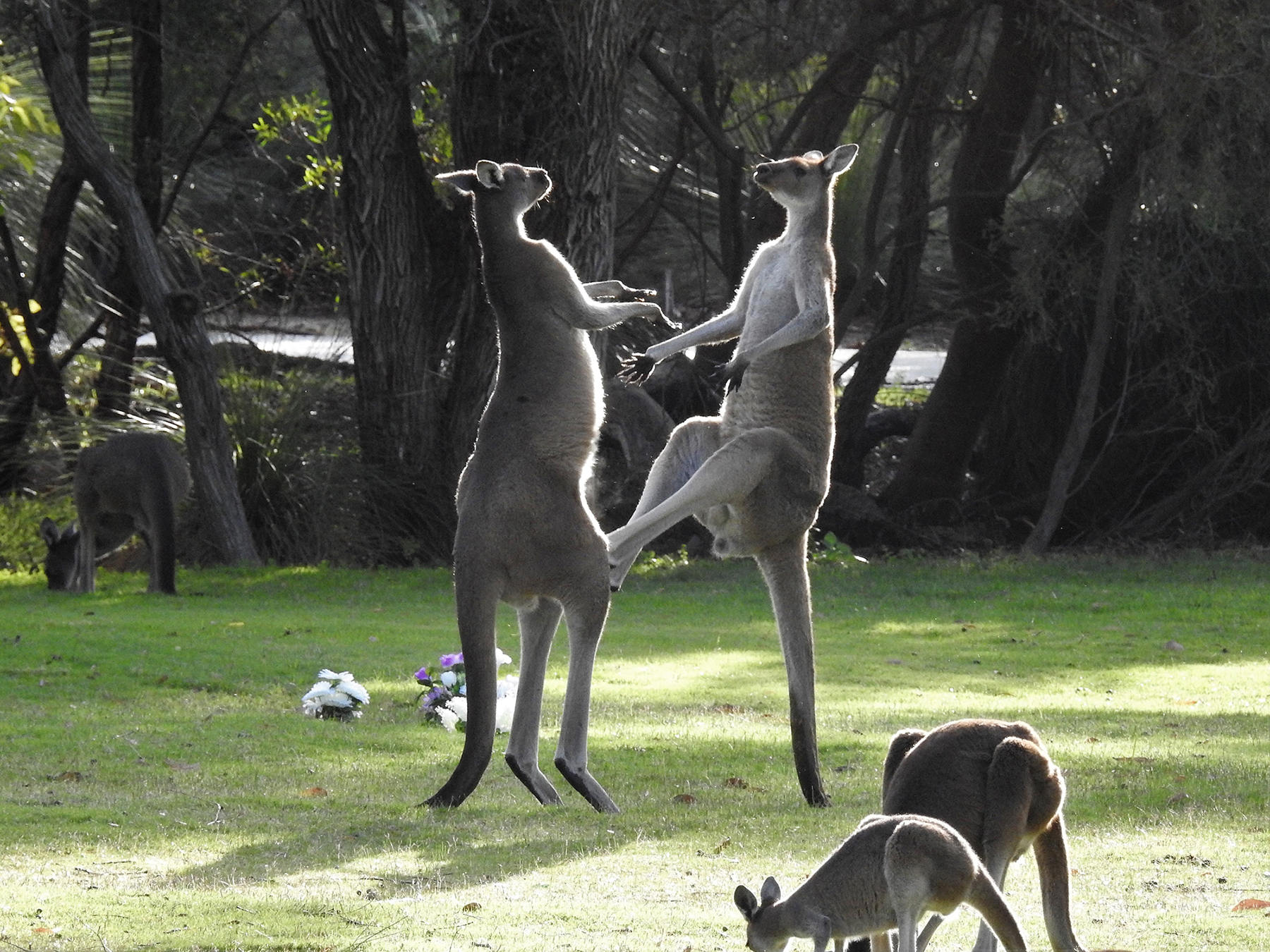