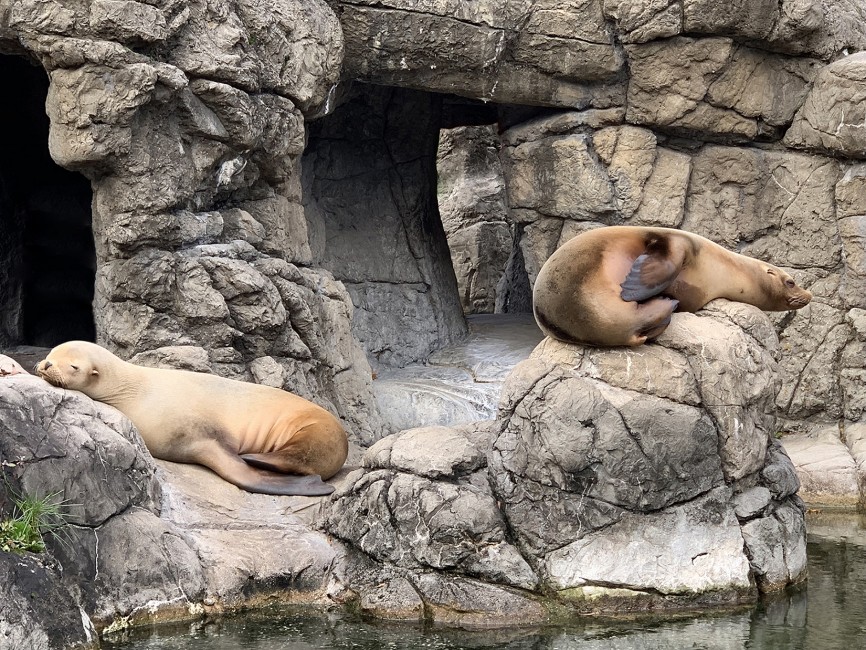 Ever see an animal with flying feet? California sea lions (Zalophus californianus) belong to the group of marine mammals called pinnipeds, which means “winged-feet”. These nimble creatures utilize their fanned appendages to glide through the West Coast waters up to 25 mph to catch their prey.

At WCS’s Prospect Park Zoo, our two sea lions, Beebe (left) and Halftime (right) are taking a break from a spirited swim to sun themselves. Sunning is a behavior seen in many different species (including humans) that allows them to warm themselves before and after a vigorous hunt for fish, squid, and crustaceans. After all that work, a moment’s rest and digest is much desired.

When you stop by the zoo, make sure to look for these playful and inquisitive animals’ wings — I mean flippers — and see them sail throughout their exhibit. 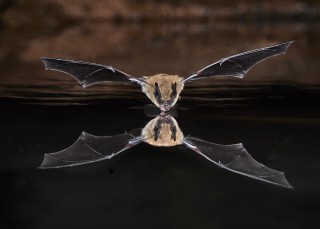 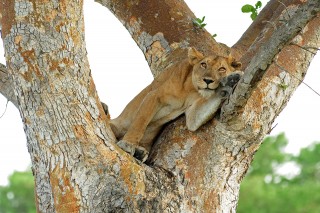 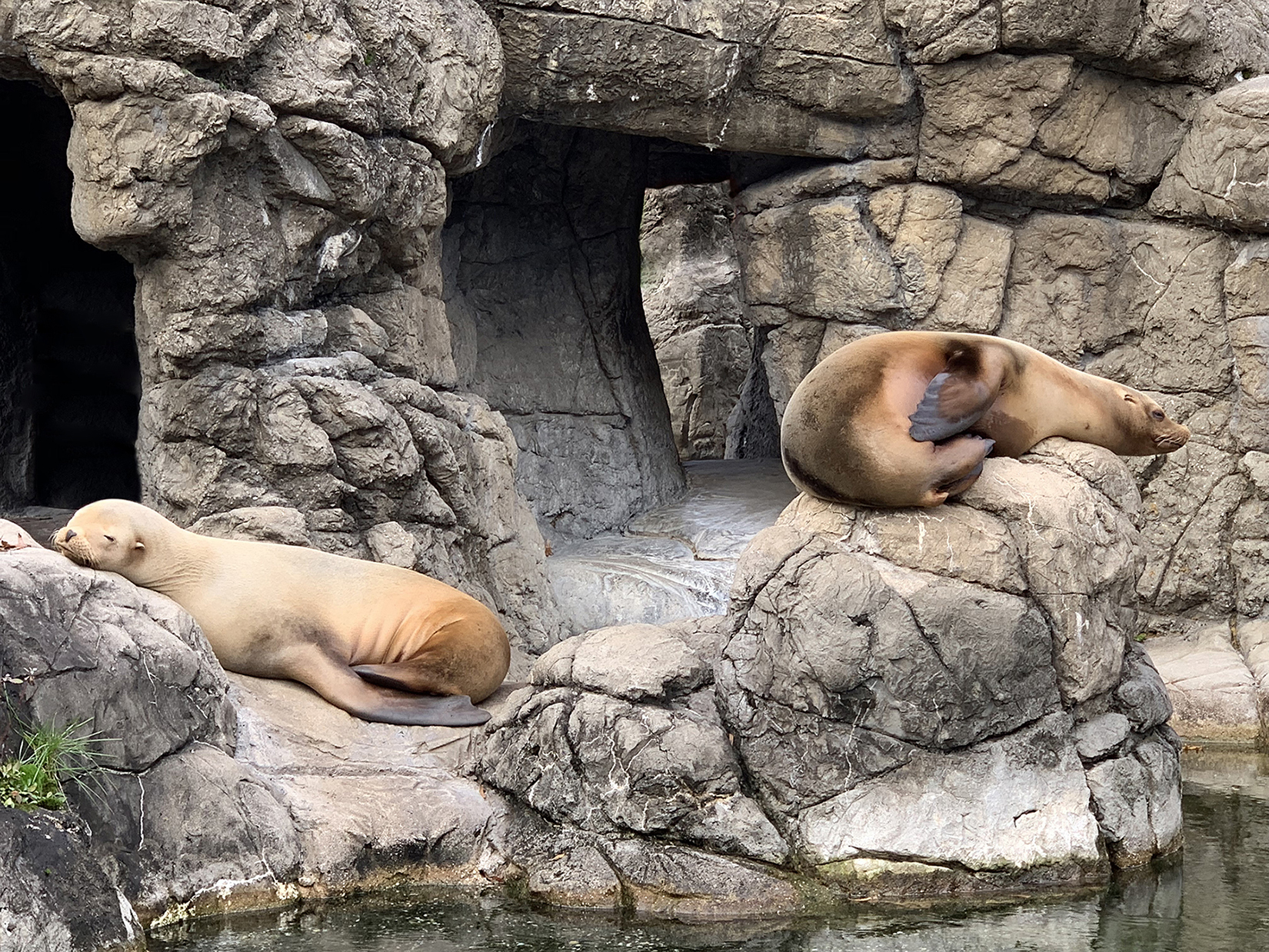