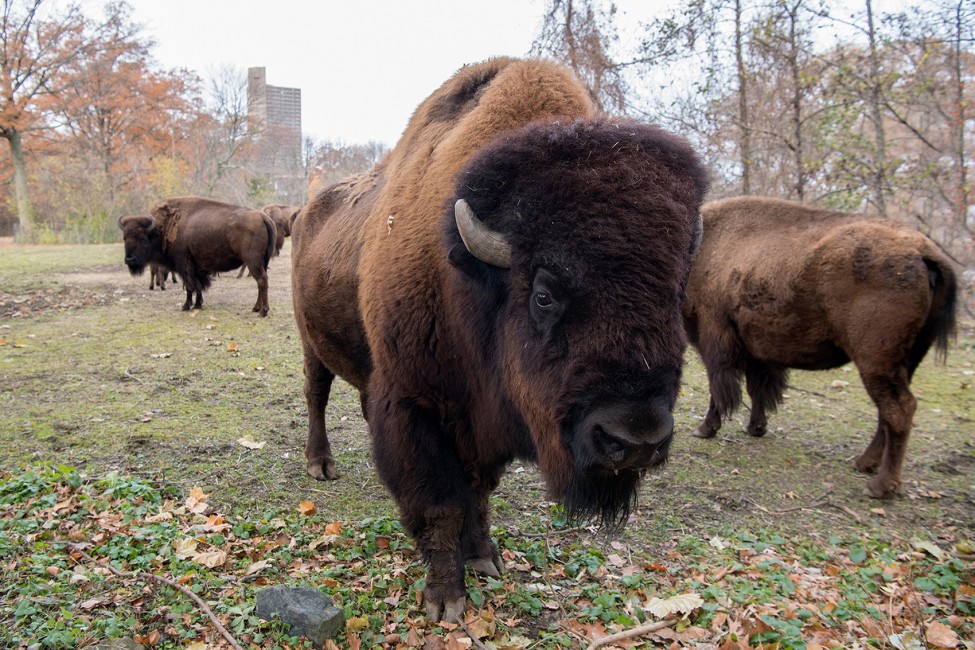 At WCS’s Bronx Zoo bison exhibit, you can see our American bison (Bison bison) herd including our breeding male, Chaska (above), otherwise known as “Little Big Head” or “LBH” for short. He cannot be missed. The enormous hump that holds his large, fluffy head makes LBH instantly distinguished from the other members of the herd. Last year, he sired three female offspring. These calves are an important part of a new generation of bison. With their births, our herd of genetically pure bison is growing and making an important genetic contribution to the population.

The Bronx Zoo has a long history with the conservation of bison. November 24, 1913 marked the historic transfer of 14 Bronx Zoo bison to Wind Cave National Park, South Dakota. It was the beginning of a larger conservation movement to save the species from extinction.

Bison calves are sometimes referred to as “red dogs” due to their light brown and reddish coats that make them stand out from the dark brown adults. It’s always a treat watching the young bison run and play with each other. It reminds me of a bison daycare – while the adult bison go about eating and resting, they still keep an eye on their calves. As the calves grow, their coats turn brown like the adults.

EDITOR’ S NOTE: The story of American bison at the Bronx Zoo was featured on Sunday’s episode of Animal Planet’s THE ZOO now in its third season. The series takes viewers behind the scenes at the Bronx Zoo and the other WCS wildlife parks in New York City to tell powerful, compelling stories of animals and their care givers, and the zoos’ contribution to conserving wildlife around the globe.

Where the Buffalo Roam 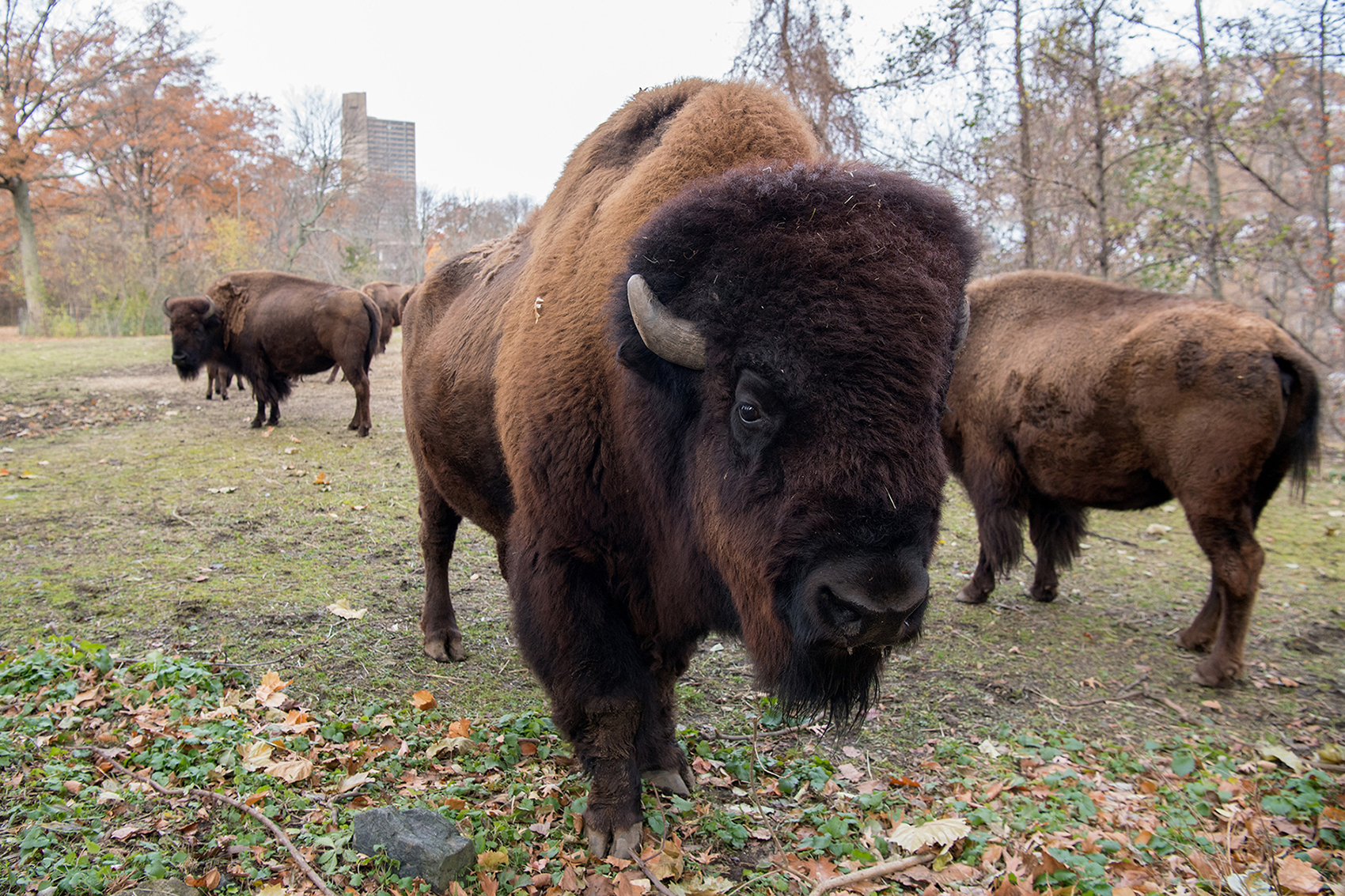