On February 5, 2019, in the Chinese Zodiac calendar, the Year of the Earth Pig commences. Many Malaysians may not know that the country is home to two species of wild pigs, the bearded pig (Sus barbatus) and the common wild pig (Sus scrofa). The former is found throughout Malaysia, whereas the latter (above) is only found in Peninsular Malaysia and not on Malaysian Borneo.

The Malayan tiger is the largest predator in Peninsular Malaysia. Its prey, in decreasing size includes: gaur (weighing almost 2000 lb), sambar (weighing up to 600 lb), bearded pigs (weighing as much as 183 lb) and common wild pigs (weighing under 220 lb) to the smaller animals such muntjac (weighing about 62 lb). Sadly, most of the larger prey such as gaur and sambar are increasingly more restricted in their range.

A critical part of any equation to save the tigers, apart from reducing poaching and ensuring that a large expanse of tiger-friendly forest exists, is the persistence of prey. Tigers eat meat and their preferred prey are large ungulates as these provide more meat from each kill. For a female tiger with young cubs, the greater amount of meat makes it much easier to feed the dependent family. A tigress with three or four sub-adult cubs simply cannot kill enough muntjac to keep her family fed. Wild pigs are currently the only larger-bodied prey that may offer female tigers enough meat for the successful rearing of cubs. Taking larger prey, the mother tiger is also able to spend more time with her cubs protecting them from potential predators in the landscape (leopards, bears, and even male tigers). Thus, an absent or inadequate population of large ungulates can suppress or prevent females from successfully raising cubs as argued by prominent tiger biologists from India and Russia.

The preference of tigers for different prey species has been studied from Russia to India to Sumatra. Perhaps surprising to some, wild pigs turn out to be, on average, the most preferred prey of tigers (as reported by Hayward and others, in their studies on prey preferences by tigers in 2012).

The Year of the Earth Pig may appear to be a novelty to non-Chinese or those not familiar with the Chinese Zodiac. To the wild Malayan tigers, however, the earthy wild pigs are not a novelty but a reality for their long-term survival in the Malaysian forests. Let us hope that the densities of these wild pigs can be increased through measures such as closed hunting seasons, more areas designated as hunting-free zones throughout Peninsular Malaysia and more anti-poaching patrols to protect them from poachers. A further hope is that when the Year of the Water Tiger comes around in 2022, we will still have wild tigers roaming in our forests, and perhaps in greater numbers.

This was fascinating to read. It took me almost two hours but it was definitely impressive. I’m also curious to know if anyone can find any actual data from this data? It seems to me that Zodiac sign data is somewhere more likely to be useful in the near future. 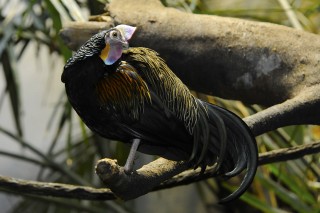