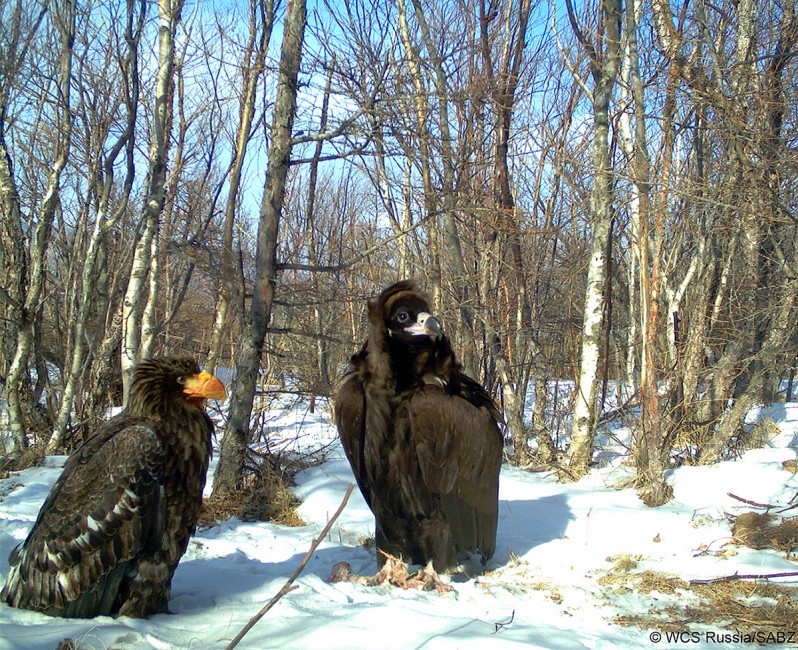 Like old friends meeting for lunch, a cinereous vulture and a juvenile Steller’s sea eagle pose for a camera trap set along a game trail in the Sikhote-Alin Reserve in Russia.

While both cinereous vultures and Steller’s sea eagles are winter visitors to this corner of the southern Russian Far East, it’s possible that these two individuals had never encountered a member of the opposite species before. Steller’s sea eagles move south in winter from far northern places in Russia like Magadan and Kamchatka, but are relatively uncommon this far south. Cinereous vultures come east mostly from Mongolia, and are rare this far north along the Sea of Japan with no more than a few dozen records in the reserve since the 1960s.

This might explain the eagle’s submission to the vulture — it had perhaps never seen another raptor so large — so it waited patiently for the vulture to finish eating before moving in to feed. What makes this encounter all the more remarkable is that it was captured completely by chance: when a deer was killed (or simply died) along the game trail, this camera happened to be in the perfect place to document the interactions of this unlikely pair.

Started digging in to the book owls of the E ice yesterday and can’t stop 🛑
Your writing is so knowledgeable and makes learning fun!
At 70 plus years I’m realizing there’s so much more to learn every day.
Thank you for sharing your enthusiasm with us 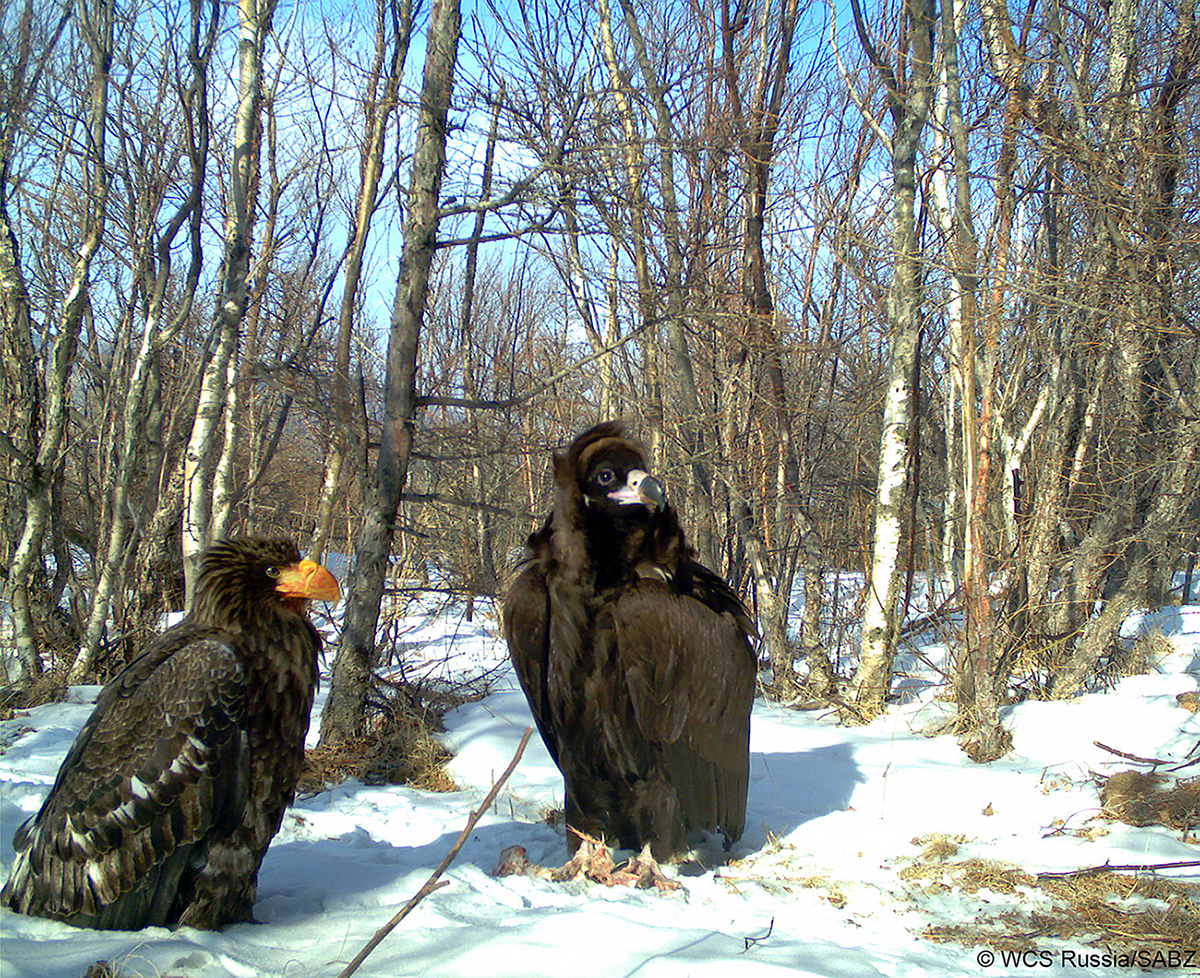