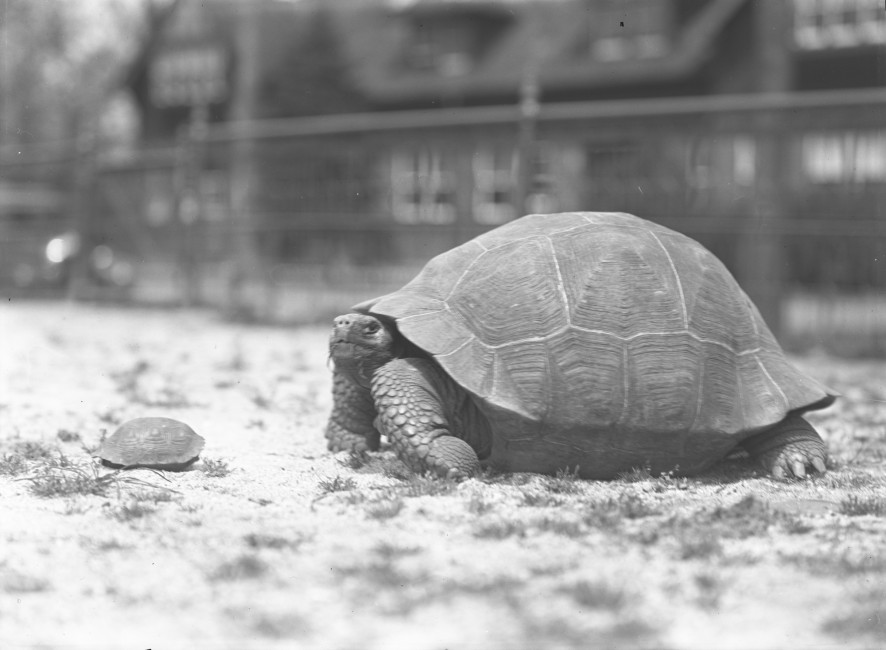 We’ll forgive you for not recognizing them, but pictured above are a couple stars of tortoise conservation history.

During the 1920s, New York Aquarium Director Charles Townsend became concerned about the declining populations of Galápagos tortoises. He warned of their impending extinction in a 1924 article published in the New York Zoological Society Bulletin – one of the first publications, as Mark V. Barrow Jr. notes in Nature’s Ghosts, to “express concern about the threatened status of a species other than a bird or a mammal.” Townsend’s original research had led him to conclude that the tortoise had already disappeared from some of the Galápagos Islands, and he advocated for the animal’s preservation.

In 1928, Townsend led a New York Zoological Society expedition to the Galápagos Islands. During this expedition, he collected 182 tortoises. With the goal of establishing captive breeding programs in order to thwart their potential extinction, he distributed these tortoises to zoos and aquariums around the world – with 23 coming to the Bronx Zoo, including the two pictured here. As shown in correspondence held in the WCS Archives, Townsend continued to monitor the health of these transplanted tortoises around the world and to provide advice on their care, even arranging for their movement to other zoos with potentially more hospitable climates.

Some of these specimens have survived into the new millennium, and their offspring continue to thrive in zoos and aquariums today, while others of the surviving original specimens have even been returned to the Galápagos for repopulation.

EDITOR’S NOTE: Send us your best shots of turtles and tortoises to share with the world. Enter our current photo contest, Time for Turtles, here. 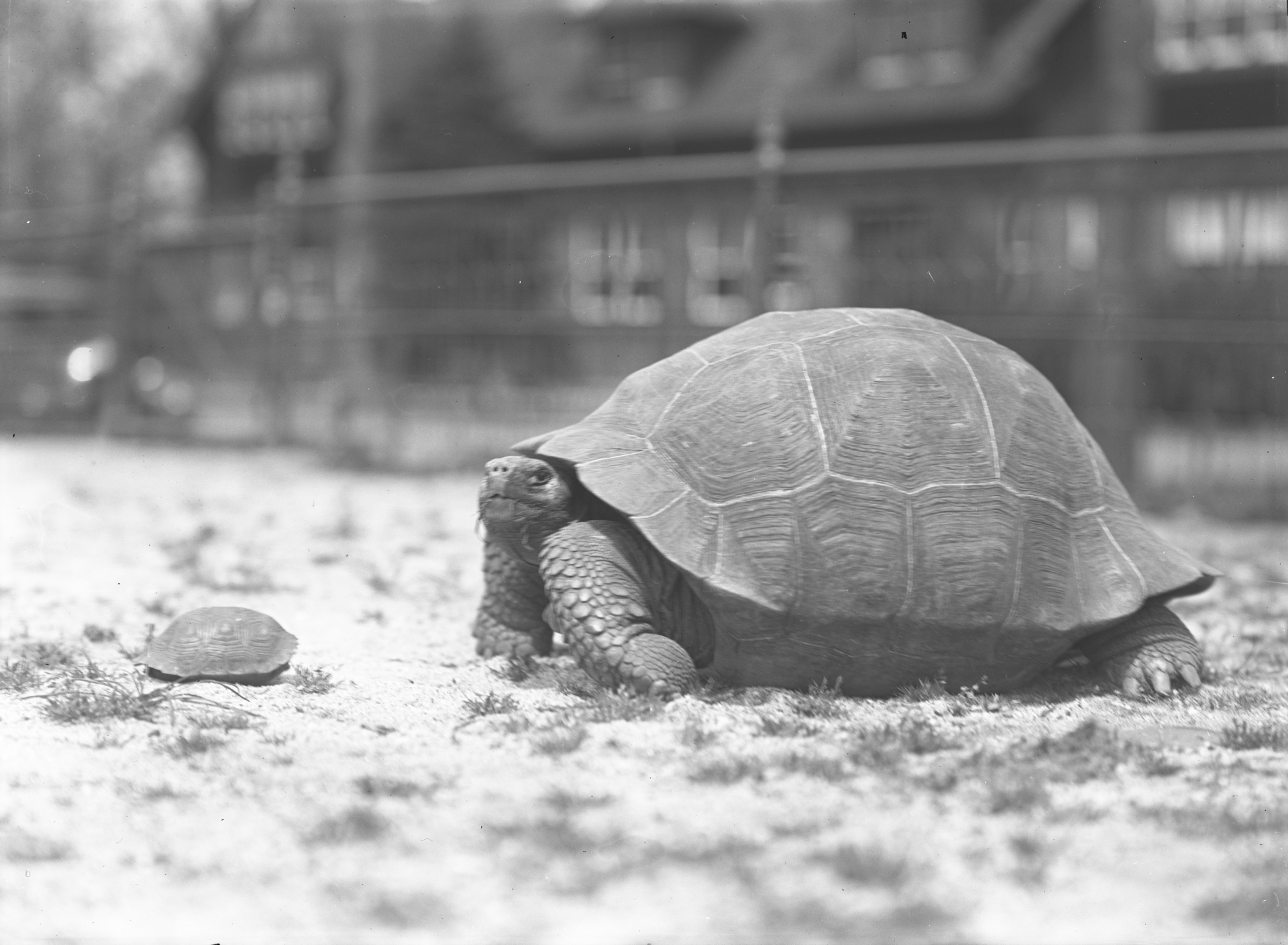