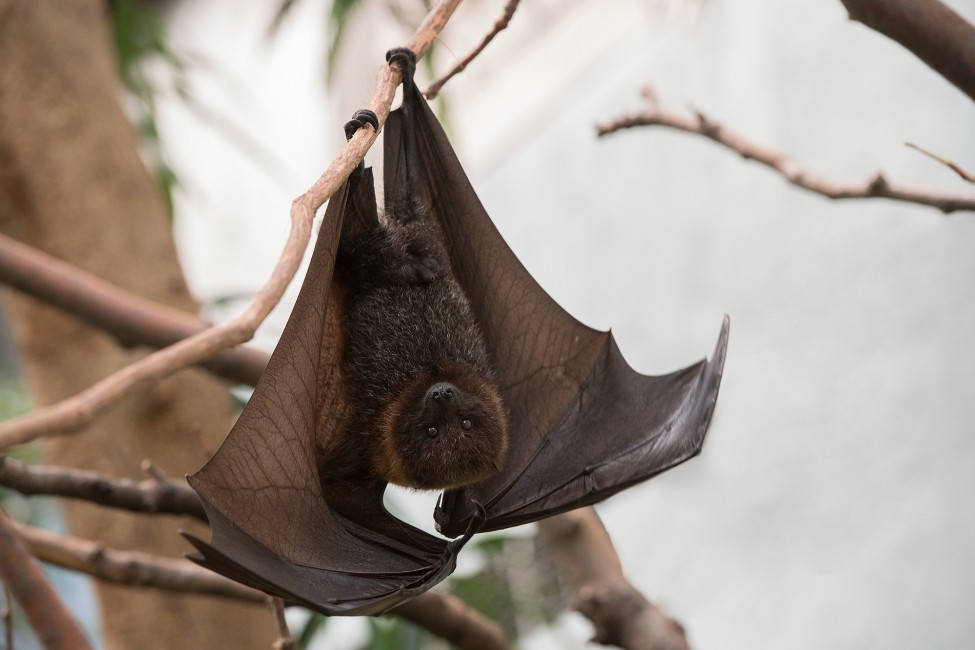 I am a conservationist for the Wildlife Conservation Society based in the Adirondack State Park in northern New York where we only have echolocating microbats. There are six of these cave-hibernating bat species in New York that chase insects; the other three insect-eating bat species live mostly in trees and migrate.

Since 2006, a deadly fungal disease, white-nose syndrome, has decimated the cave-hibernating bat populations in eastern North America. For me, I am no longer able to sit on my porch as twilight dips into darkness and watch the bats race across the sky and dive towards the surface of a small pond near my house to claim their flying feast. The skies are empty of bats.

It brings me great happiness to visit the WCS global headquarters at the Bronx Zoo and be reminded that there are over 1,000 species of bats worldwide including the mostly fruit-eating macrobats like this Rodrigues fruit bat (above).

On a recent visit to the zoo, I decide to wander through the Jungle World exhibit. I was enjoying the chipping and trilling of the small-clawed otters when a kind zookeeper asked if I’d like to see a baby bat.

We looked up to see a Rodrigues fruit bat with her baby wrapped under her wing, so I waited patiently for her to stretch. Sure enough, she revealed the bat pup clinging to her and nursing as a human baby would.

Bats rear just one or two pups each year. For the bats affected by white-nose syndrome, the survivors need safe places to raise their young. People can help by building bat houses and enhancing bat habitat around their homes or communities – from leaving dead trees standing in a backyard or getting apartment complexes to plant green roofs that attracts insects and bats in the city. These small but simple steps could make a big difference for bats facing a conservation challenge.

In the meantime, get out and enjoy bats – visit the Bronx Zoo or Central Park Zoo to check out Rodriques fruit bats – who knows you might see a baby bat, too.

A Bat and Her Baby 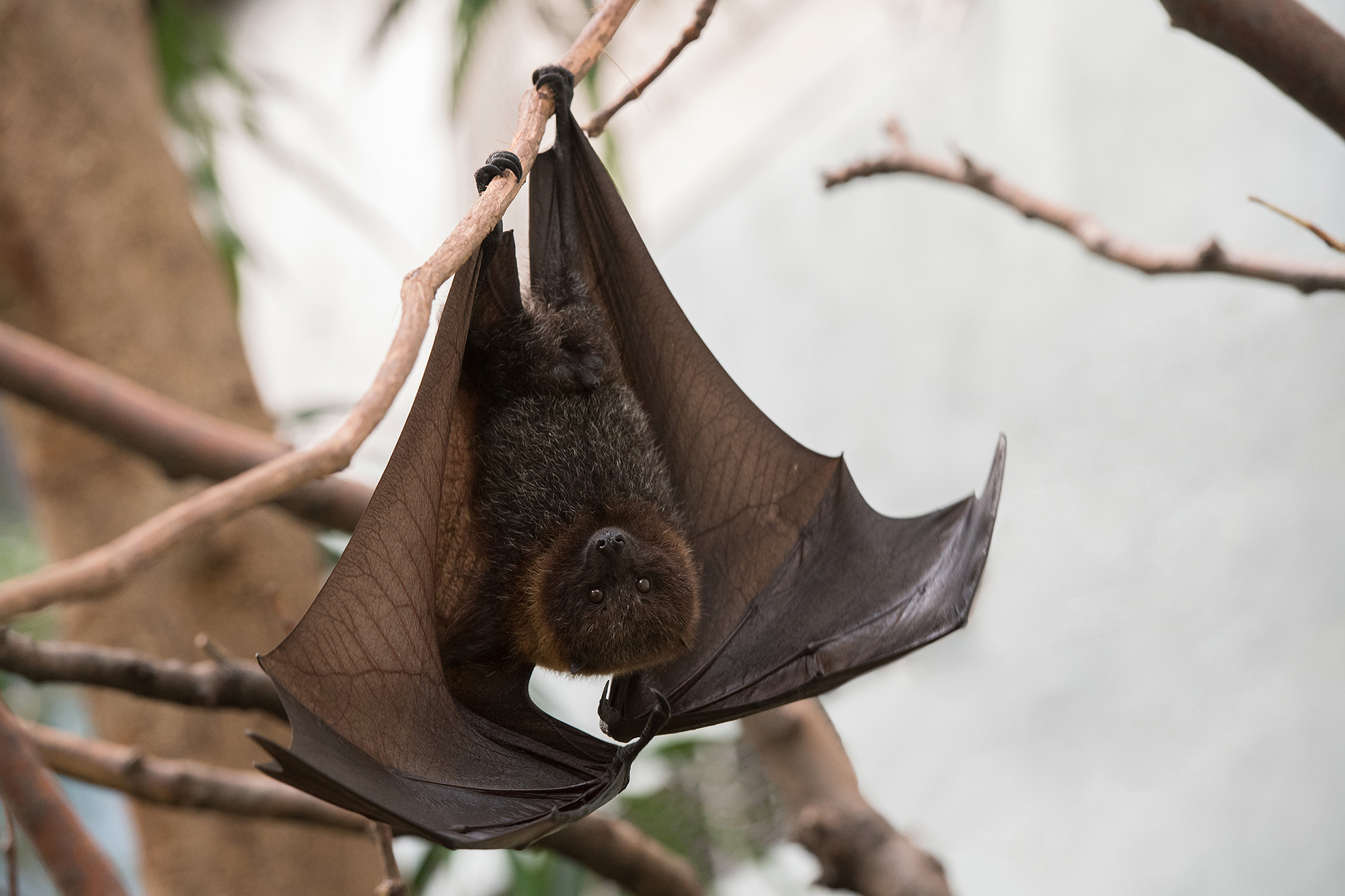