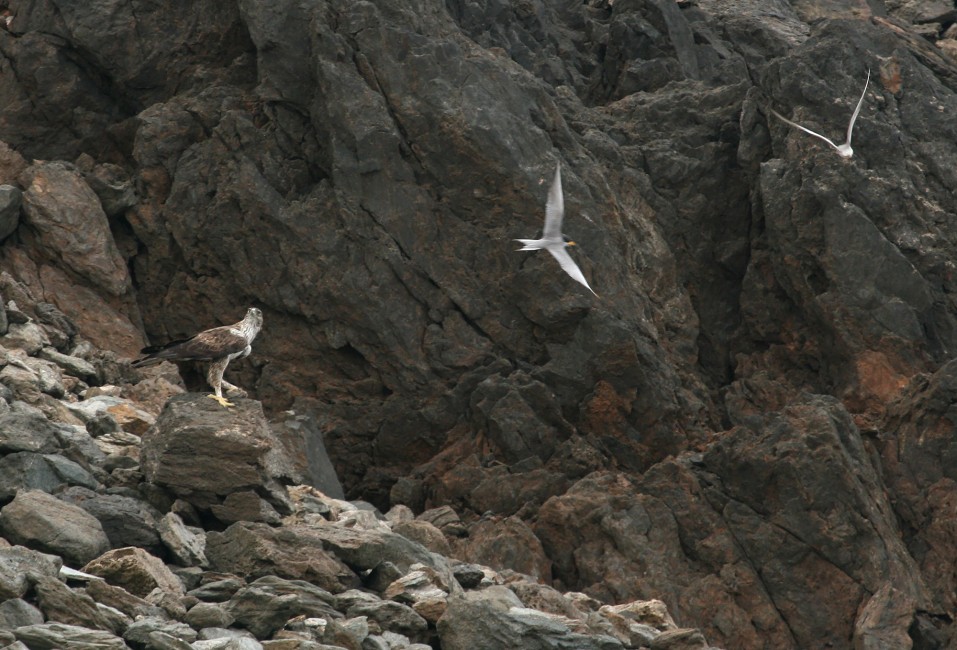 The Bhadra Reservoir, in the Western Ghats of India, formed decades ago when 44 square miles of land was flooded to provide irrigation and power to nearby farming communities. The flooding benefited Indian river terns as well; a hill became an island where these ground-nesting birds established a colony protected from terrestrial predators.

Hundreds of terns crowd this small landmass in a scene of pulsing bedlam; adults swirl in the air scanning the waters for fish, and nestling terns—too young yet to fly—congregate by their nests and demand satiation with mouths agape.

I watched this spectacle from the rolling comfort of a boat; the discordant cries of terns fading as the craft circumvented the island then headed back to shore.

The screams suddenly intensified and I pivoted back. In the 200 yards of sky between the island and the mainland, a Bonelli’s eagle tore through the humid air, pulling a focused swarm of terns behind it. The eagle had stolen a chick.

The further the eagle flew from the island, the less interested the mob of terns was in the chase. By the time the raptor landed among the boulders of the reservoir shore, only a handful of terns remained. Soon even those numbers dwindled to just two—likely the parents—who spun impotently above the eagle as the predator calmly consumed their offspring.

Such is life in the colony: there is safety in numbers, but someone must draw the short straw. 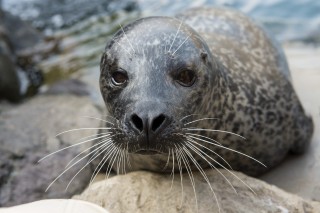 One More Generation, One Less Straw 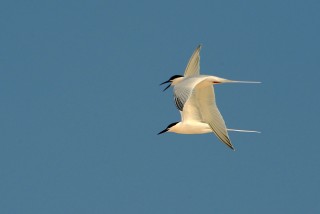 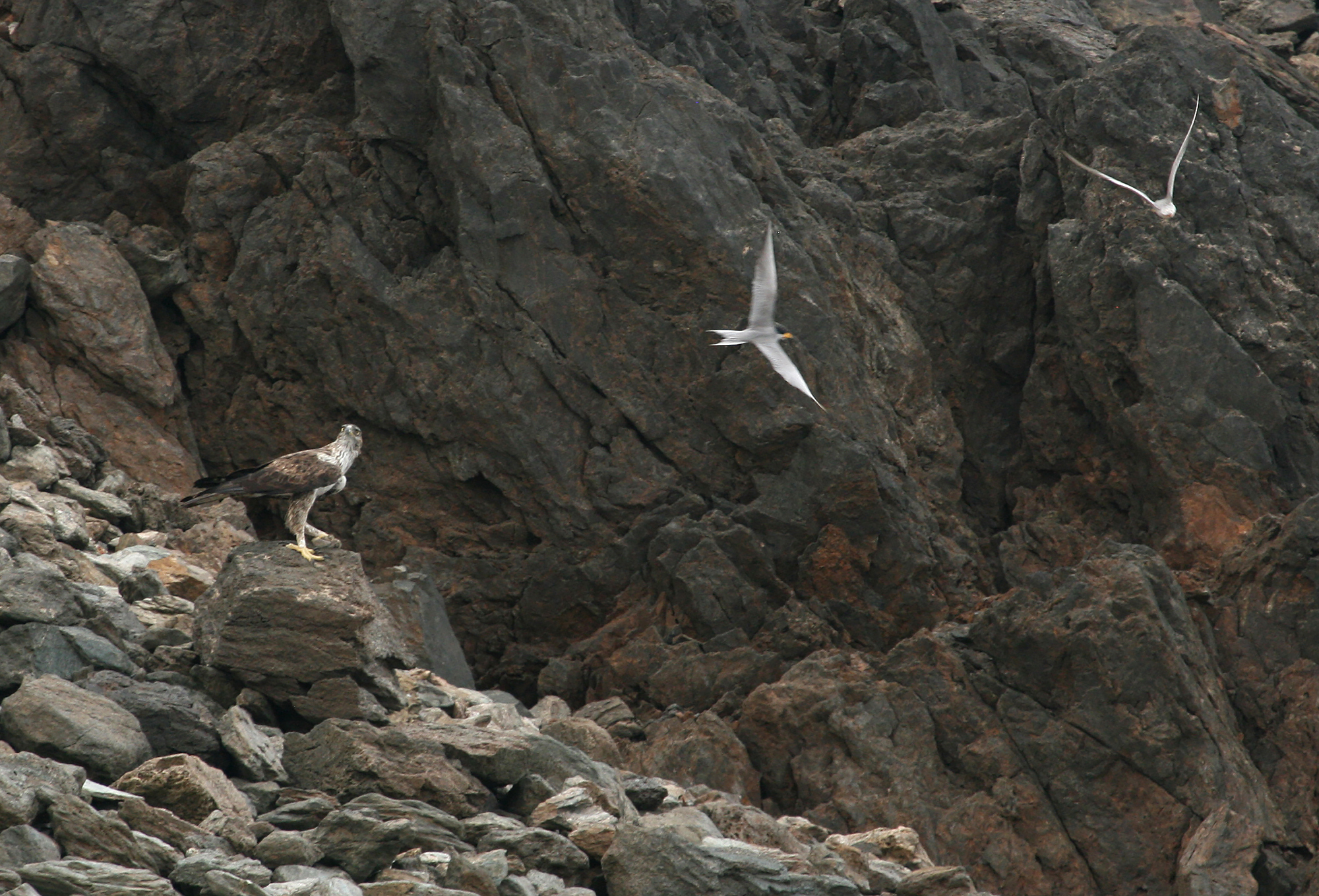