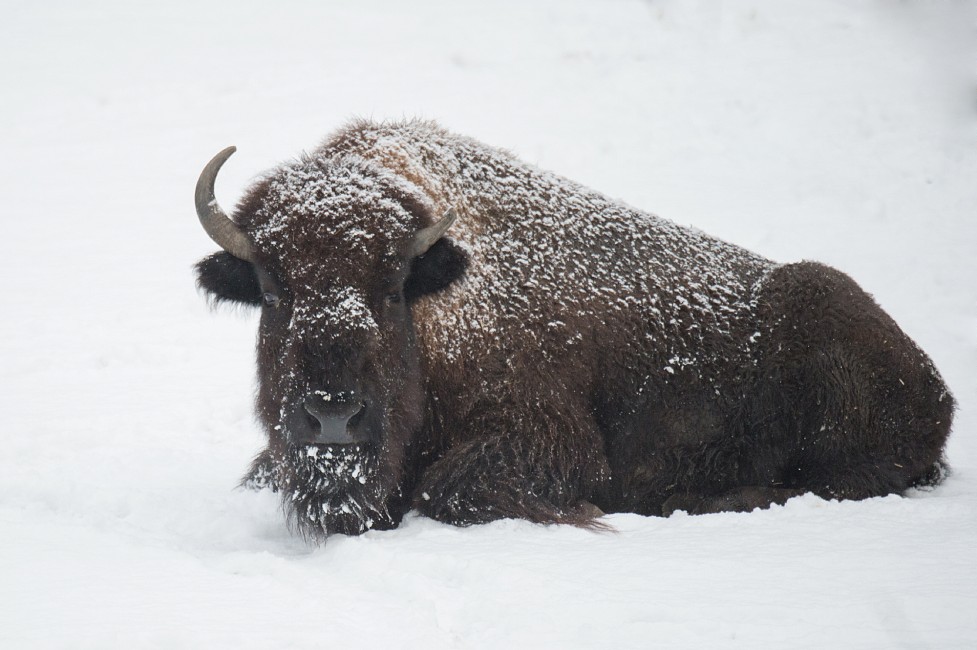 It’s awfully cold out there. Luckily for this American bison (Bison bison), as the temperature falls every year, she grows a thick winter coat to keep warm.

Bison were once hunted for these dense coats. They were hunted so intensely, in fact, the species nearly went extinct in the early 20th century. It wasn’t all due to their hairy physiques though. The bison situation grew truly dire when the federal government sanctioned their wholesale slaughter in order to clear western lands for cattle ranchers (not to mention, to deplete Native Americans of their livelihoods). In a gruesome scene that played out across the Plains, hunters would take only the bison skin and leave the rest of the body to decay. By the end of the 19th century, just a few hundred American bison remained.

That’s when concerned conservationists stepped in. In 1905, the Bronx Zoo’s first director, William Hornaday, President Theodore Roosevelt, and others formed the American Bison Society (ABS), an organization with the express goal of saving the species from extinction. In 1907, the Wildlife Conservation Society (then the New York Zoological Society) sent 15 bison from the Bronx Zoo to be reintroduced to Oklahoma’s Wichita Mountains Wildlife Refuge. It worked. By 1919, nine herds had been established in the wild from zoo breeding efforts and bison numbers began to rise again.

In 2005, the Wildlife Conservation Society re-launched the ABS with the goal of ecologically recovering large herds of genetically pure American bison across all their major historic habitats.

Hornaday would be proud to see bison back home on the range. 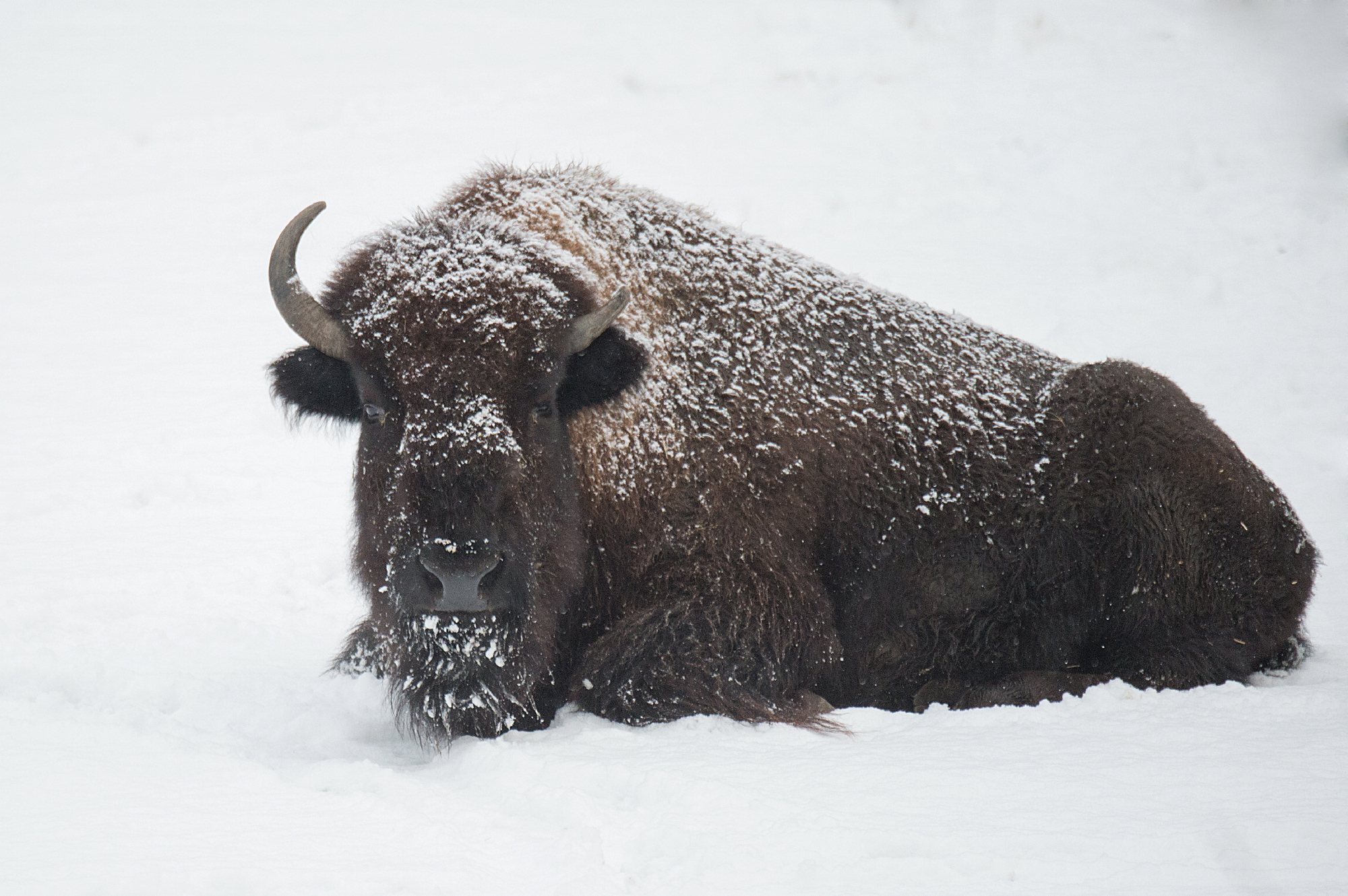