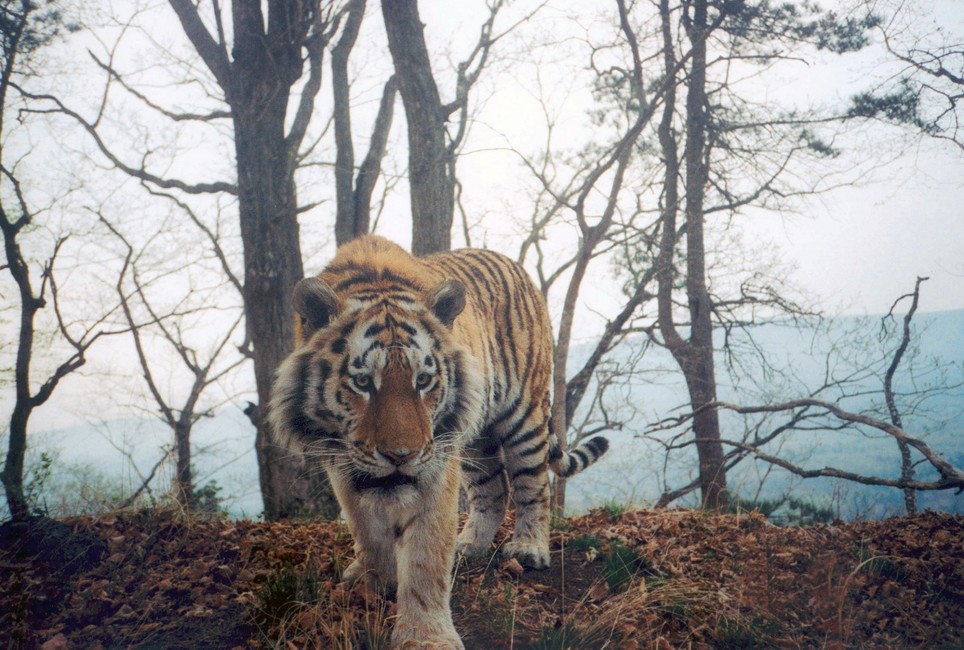 An adult male Amur tiger walks a ridge in southern Primorskii Krai, Russia, on an early spring morning. This animal is one of only a few dozen tigers that live in the sliver of productive forest wedged between the Sea of Japan, the fenced borders of China and North Korea, and an impenetrable line between the cities of Vladivostok and Ussuriisk that represents the greatest human population density in the entire Russian Far East. In fact, the tigers here are so isolated that they are genetically distinct from the primary Amur tiger population in the Sikhote-Alin Mountains (northeast of Vladivostok.)

Currently, it’s estimated that there are 300–350 Amur tigers here. Thanks to aggressive conservation actions by the Wildlife Conservation Society and our partners, though, that number could be higher after the next region-wide survey.