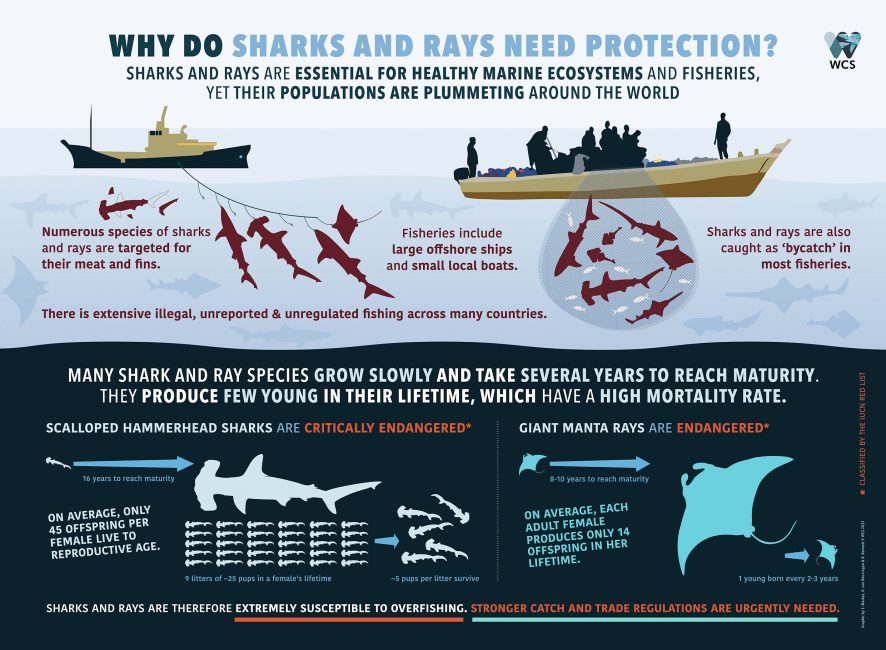 Why Do Sharks and Rays Need Protection?

Sharks and rays are essential to the health and productivity of marine environments worldwide. Collectively known as elasmobranchs, these species maintain food webs and fish stocks, cycle nutrients, and help to reduce diseases. They also provide an important source of food, an income for coastal fishers around the world, and attract considerable revenue in several countries through shark- and ray-related tourism.

Yet, in contrast to their often-fearsome portrayal, many shark species are in fact very vulnerable. Elasmobranchs in general grow slowly and take several years to reach maturity. They produce few young in their lifetime, which have a high mortality rate. These factors make them extremely vulnerable to overfishing – an increasing threat worldwide. Sharks and rays are targeted for their meat and fins and are also caught as ‘bycatch’ in most fisheries, which extend from large offshore vessels to small non-motorized coastal craft. However, once their population sizes decline, the likelihood of recovery is low, unless they are protected or appropriately managed, so strengthened conservation measures and trade regulations are increasingly urgent – both at local and international levels.

This poster features two species to illustrate this scenario. Scalloped hammerhead sharks (Sphyrna lewini) are now classified as Critically Endangered by the IUCN Red List of Threatened Species, as their populations have declined so drastically. Females reach sexual maturity at around 16 years of age, after which they may have up to nine litters of pups in their lifetime. Each litter may include up to 25 individuals, although this is often considerably lower, and on average only five pups per litter survive, meaning only 45 offspring from each adult female may live to reproductive age. Giant manta rays (Mobula birostris) are classified as Endangered, with some populations having decreased by 80% in the last 75 years. Female giant mantas reach sexual maturity around 8-10 years of age and generally give birth to one live young every 2-3 years – on average producing only around 14 offspring in their lifetime. Numerous other shark and ray species have similarly low reproductive rates.

The Wildlife Conservation Society supports a range of elasmobranch conservation work around the world and is advocating for increased trade controls for hammerhead sharks, requiem sharks, and guitarfishes at CITES CoP19.

EDITOR’S NOTE: WCS’s Rhett Bennett and Dave van Beuningen provided technical input for this post. Print resolution copies of the graphic are available in English and Portuguese from s.markes@wcs.org. 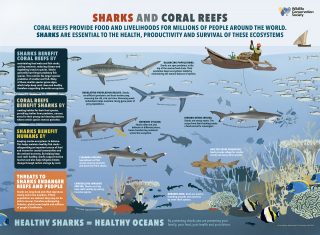 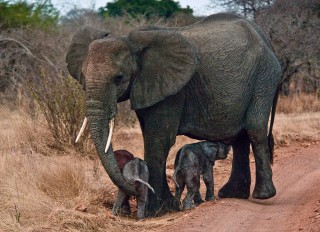 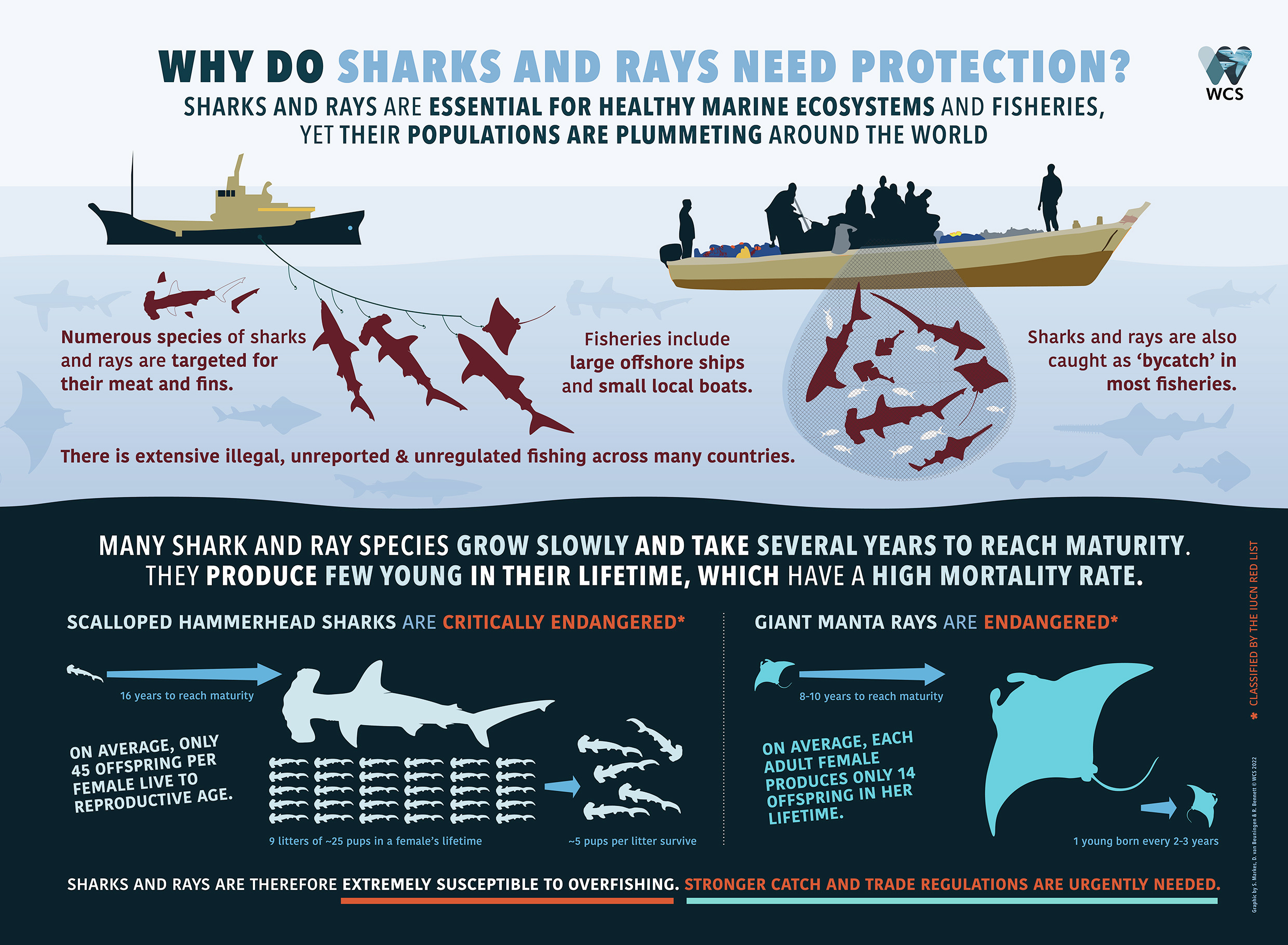