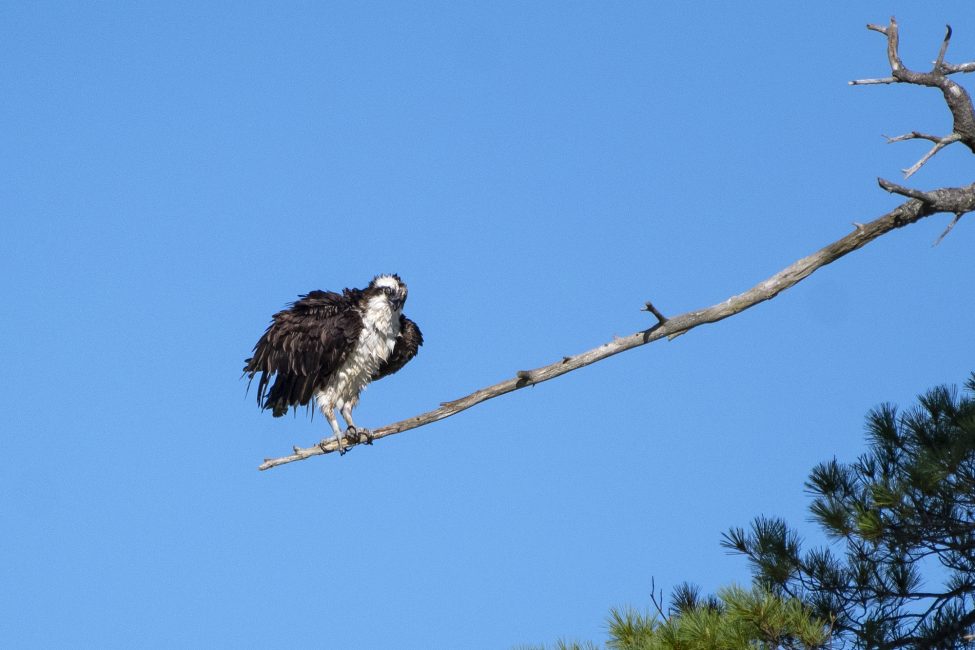 This summer, I made several visits to Wolfe’s Neck Woods State Park – one of my favorite spots in Maine – and a great location for osprey (Pandion haliaetus) watching. According to the park, osprey chicks hatch in mid-June and begin eating fresh fish. By July, the parents fish often to feed their rapidly growing young. It was then that I photographed an osprey pair and their very small and fluff-covered chicks.

Fast forward to early September (this is when time flies). I returned to the same osprey nest and was trying to find a place to stand along the tide-covered beach when a juvenile osprey soared by, then dived toward the sea dragging its talons across the water. After a few more passes, the bird of prey perched high up in a nearby tree.

It is not often that I get to watch an osprey practice fishing, especially one that was just a little chick unable to leave its nest two months ago.

After landing, the young bird shook off the excess water and took a short rest before going back out to sea again.

Freeport, US Map It 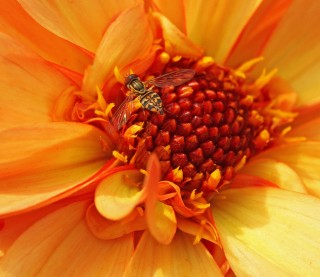 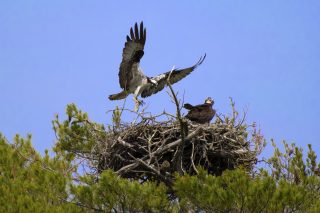 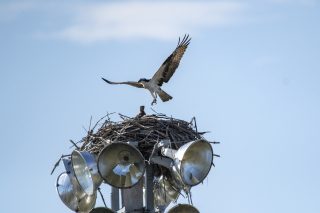 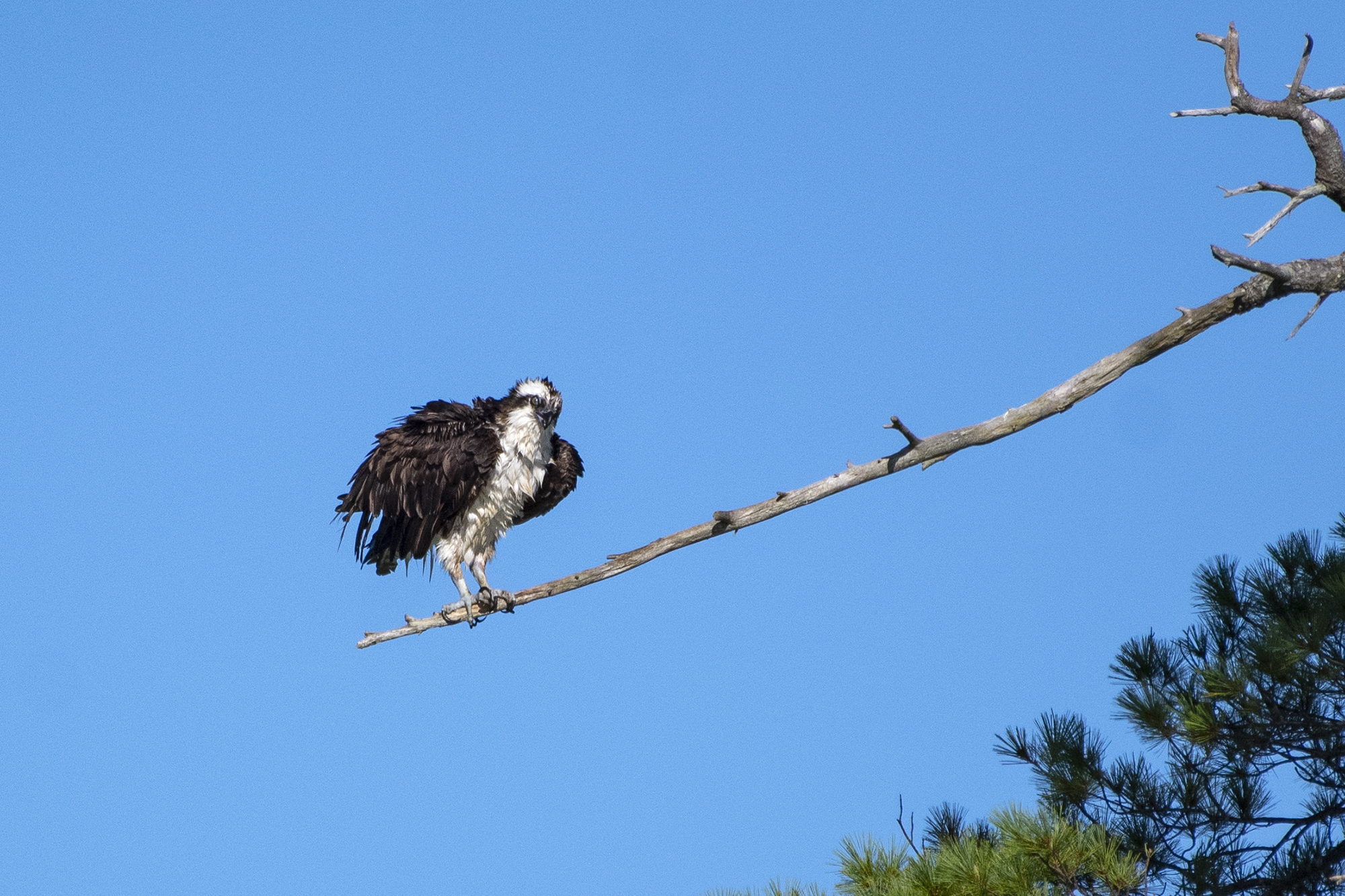