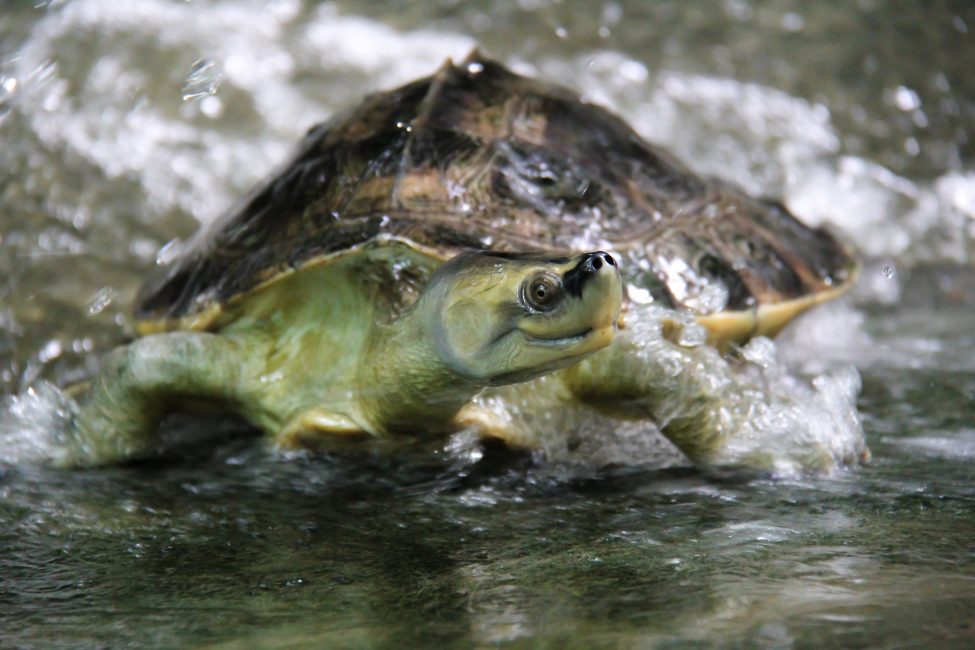 Anyone Up for a Swim?

The Burmese roofed turtle (Batagur trivittata) is a critically endangered freshwater turtle endemic to Myanmar, and is listed among the 25 most endangered turtles in the world.

Once thought to be extinct, remnant wild populations were rediscovered between 2001 and 2002. After years of captive breeding, there is now a robust captive population maintained in five facilities in Myanmar and form the basis of a conservation program that focuses on habitat protection, protection of nests and egg collection, head-starting, and release.

This image was taken during a pre-release health screening being performed in 2014 to ensure animals destined for release are both healthy and fit.

Anyone up for a swim? 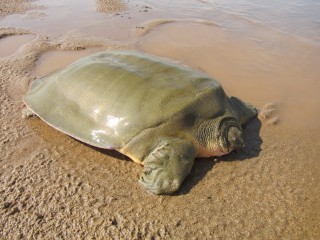 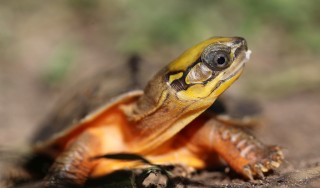 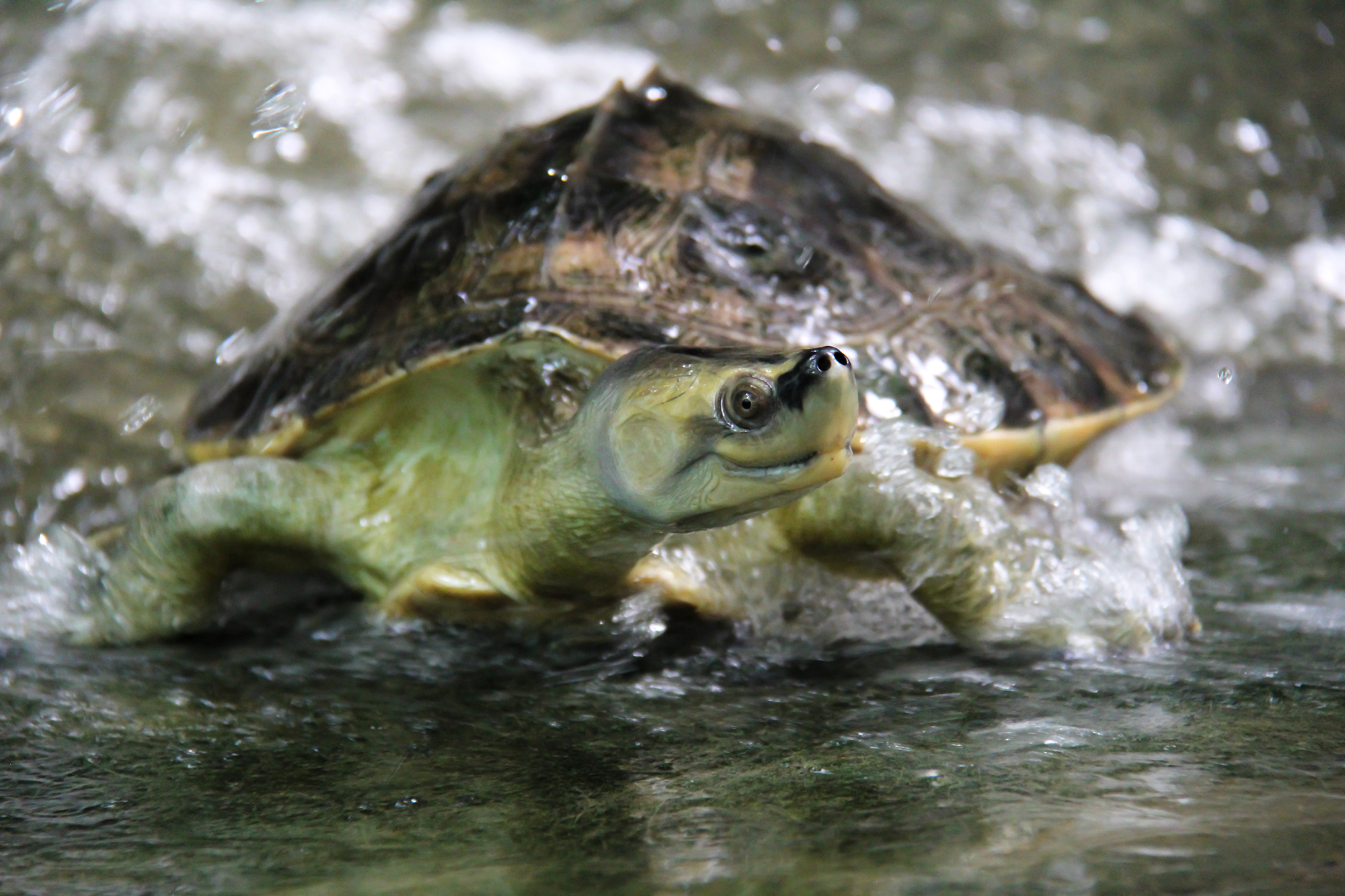