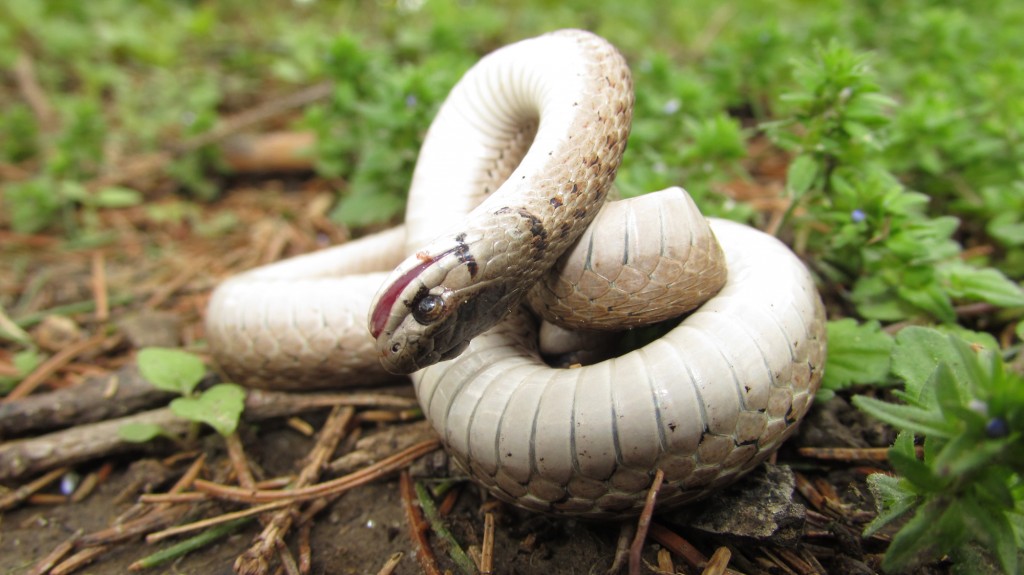 On a balmy Saturday afternoon in early May, my wife called out to me from her studio, “There is a bird attacking a snake in the backyard”.

That got my attention!

Entering our backyard, I spotted a large common grackle (Quiscalus quiscula) holding an adult Dekay’s brownsnake (Storeria dekayi) with one foot while pecking at it. The bird took issue with our sudden appearance and flew up to a branch overhead. The Dekay’s snake remained in a tightly coiled knot, immobile, with its head hanging down and mouth agape. It was exhibiting thanatosis, or in other words, death feigning.

This peculiar behavior is known from this species and a number of other snakes as well as in a variety of invertebrate and vertebrate species. The Virginia opossum (Didelphis virginiana) is the classic actor in this regard – playing possum. I had not seen a Dekay’s snake exhibit this behavior before and was able to get a few pictures.

The purpose of this behavior is to stop the predator’s attack and lull them into thinking the prey has been incapacitated thus preventing further damage or death and possibly allowing for another chance to escape. After a short respite, and handling to more closely inspect the snake, it “woke up” and was released into the leaf litter where it quickly departed.

The grackle had also departed deprived of its meal.

City Island, US Map It 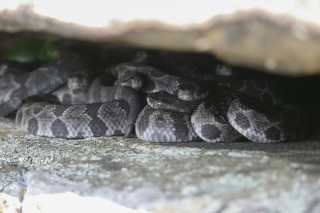 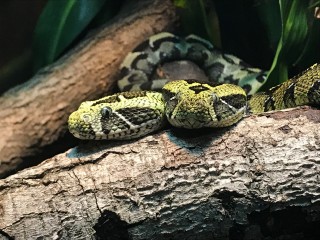 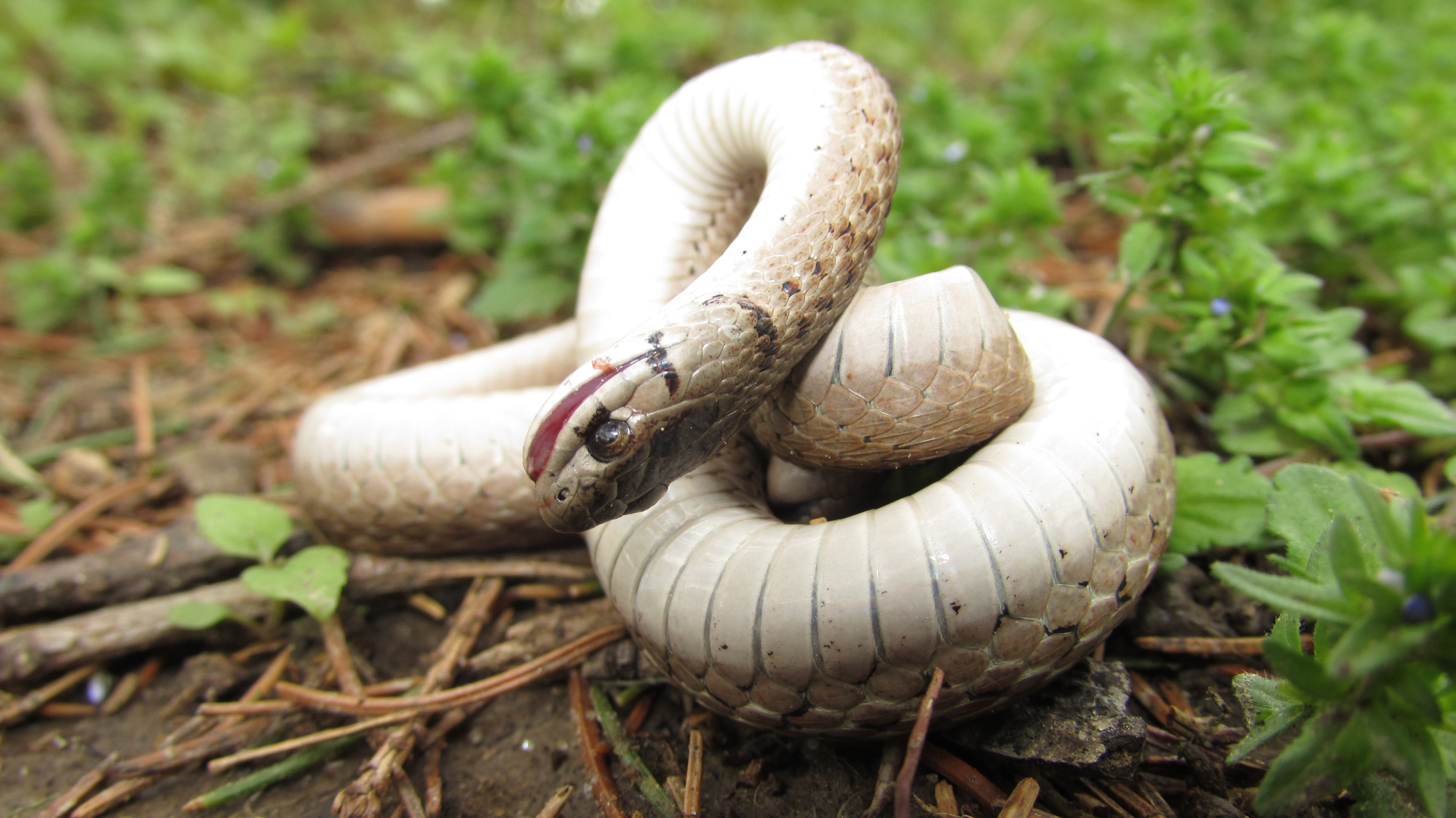