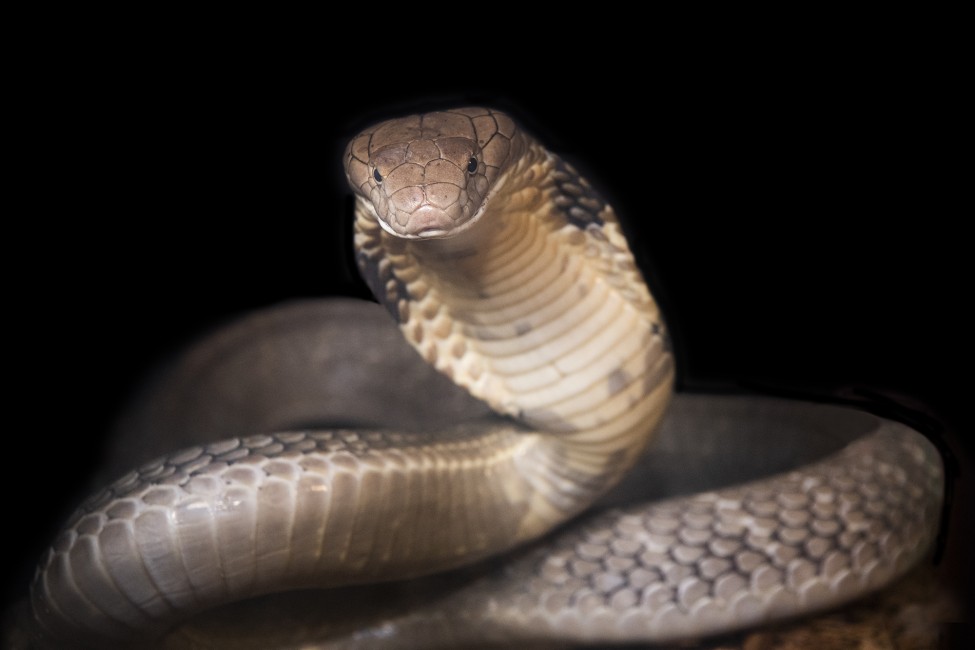 The world’s largest venomous snake, the king cobra (Ophiophagus hannah), has a reputation of being a dangerous and aggressive animal yet they are intelligent and have complex behaviors that set them apart from other snakes. Contrary to belief, king cobras do not actively attack humans and have a strong flight response in their native habitats in Asia. However, when cornered, or if something (or someone) is getting too close to their nest, their reputation will be well earned.

Courtship of king cobras involves copious tongue flicking, nudging, and body rubbing. The male will attempt to dominate and impress a female (above) with his large size wrapping around her body in an attempt to convince her that he is a suitable mate to bear offspring. This cobra dance can go on for quite some time before a female allows copulation.

When a female becomes gravid, she builds a nest mound of leaf litter, mosses, twigs, and other loose materials and then deposits about 14 to 49 eggs and covers them. Unlike other snakes, she will stay with her nest defending it from any threat. Eggs are incubated by the decomposition of the material used to build the nest, and the female will stay close until they hatch. Young cobras are completely independent when they hatch, and the female will leave the nest.

The king cobra hatchlings are 12 inches or more in length and have bright yellowish bands down the length of their bodies. This patterning serves as a warning to predators of their deadly venom and begins to fade as the snakes mature. Instinctively, when they hatch, they are able to threat display rearing up the anterior portion of their body and pronouncing their hood. After hatching, these baby snakes disperse into the vegetation and begin a life as specialized snake-eaters.

At adult size, these snakes can reach and impressive 12 feet in length, and some individuals have been documented as growing beyond that.

Unfortunately, due to habitat loss, the collection of these animals for their skins, and traditional Chinese medicine, king cobras are listed as Vulnerable in the wild by the IUCN Red List of Threatened Species.

At WCS’s Bronx Zoo, we have had success in the past with reproduction of our king cobras.

EDITOR’ S NOTE: A story of king cobras was featured on Sunday’s episode of Animal Planet’s THE ZOO now in its third season. The series takes viewers behind the scenes at the Bronx Zoo and the other WCS wildlife parks in New York City to tell powerful, compelling stories of animals and their care givers, and the zoos’ contribution to conserving wildlife around the globe.

King Cobra in Name Only 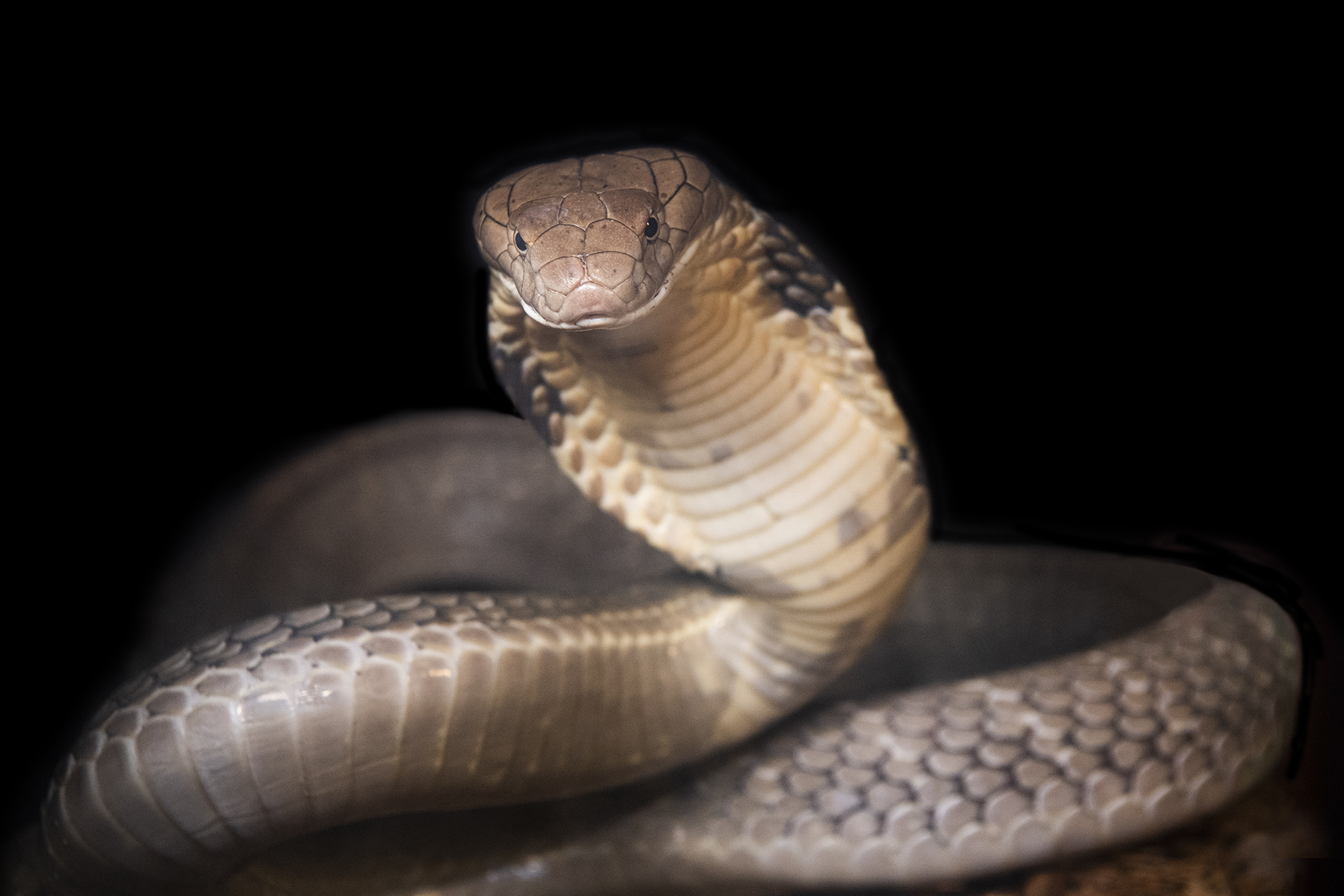